12 Extreme Rare Features You Probably Don’t Have – What’s your favorite superpower? Mine is the ability to read minds. With that, I’d finally be able to find out what to get my best friend as a birthday present. Anyway, actual comic book superpowers don’t exist, but there are quite real genetic mutations that make you as close to a superhero as it gets! You can consider yourself special if you have one of them. Starting with… 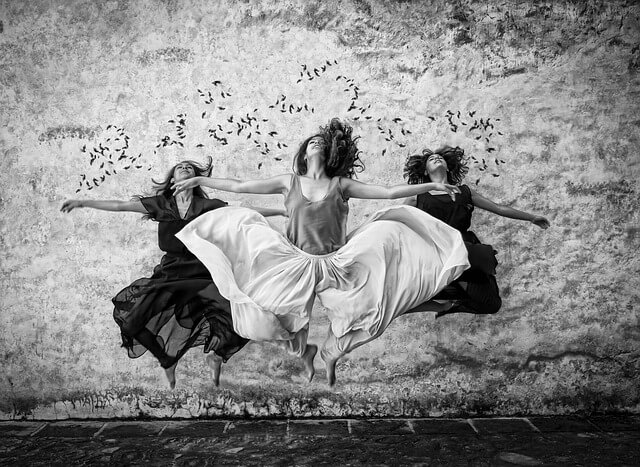 1. Super strength
Yep, there really are people possessing superhuman strength! Well, not exactly superhuman, of course, but there’s a genetic anomaly that makes children’s muscles develop at a mind-blowing rate. Due to inactivity of myostatin protein, which suppresses growth of muscle tissue, newborn children can become very lean, looking like bodybuilders at a very young age.

This condition is quite frequent in mice and cattle, but humans get it extremely rarely. The latest example of such a mutation was recorded in Berlin in the early 2000s. What’s even better is that no health problems have been found in kids with this condition. So they’re super strong and healthy at once! Wanna be a parent of a Superman? Where’s my cape?

2. Enhanced vision
Most people have three types of cones in their eyes, allowing us to see millions of colors. Women typically see more shades — that’s why I’m unable to give a reply when my wife asks me what color of nails suits her best, red or red. But sometimes, they see so much more that we’re literally unable to comprehend the difference.

That’s thanks to a fourth cone in their eyes that enhances their vision hundredfold. And what’s more, the number of women born with this extra cone is about 12%. But, only few of them can actually use it because in most cases it remains inactive. Oh man, I’d love to see the world through their eyes!

3. Longevity
It might not sound as a superpower, but consider living 10 years longer than any other human on Earth, and in good health. You know, I’d not take it for granted. There is a genetic mutation in a single Amish community in Indiana that adds another 10 years to their lifespan. A gene called SERPINE1 mutates in a very particular way, and scientists don’t yet understand the mechanism of it, but they hope it can be used in medicine — for example, to treat conditions that come with age. Oh yeah, I do hope they succeed too.

Related :  7 Reasons why Domain Squatting is Such a Big Business

4. Super athleticism
No, it’s not about being incredibly athletic, although I know how it sounds. It’s a genetic mutation specific to Tibetans: the EPAS1 gene allows them to live at extremely high altitudes without any trouble, breathing the thin mountain air as if they’re living in a valley. Regular people would develop heart and brain diseases at such heights because of the lack of oxygen, but the Tibet dwellers seem to have no problem with that. As a result, they’re extremely tough and can be involved in much more strenuous activities than other people. That’s why EPAS1 is also called the “super athlete gene.”

5. Unbreakable bones
Now this one is certainly a superpower. Imagine falling from the roof of a ten-story building and getting away with a few bruises and scratches but no broken bones whatsoever!Such a genetic anomaly was discovered back in 1994, and it is associated with the LRP5 gene. It makes a person’s bones about eight times denser than normal, which basically makes them indestructible.

There was a case where a man had got in a serious car crash and not only survived but had not a single fracture. What’s even better  is that the feature seems to be hereditary — it means he could pass it down to his kids. And they’ll become unbreakable too!Call M.  Night Shyamalan, someone!

6. Golden blood
Not literally gold in color, sorry to disappoint you. It’s still red, but what it does is even more awesome than if it were actually golden. There are about 40 people in the world who have a blood type that doesn’t have any Rh-blood cell antigens. In simpler terms, it means anyone can accept their blood, even those with extremely rare blood types. So these people’s blood is indeed like gold for medical purposes: if it weren’t for them, people with rare groups couldn’t be treated without an exact match, and that could take a lot of time — which they often don’t have.

Related :  What Actually Happens When You Call 911

7. Cholesterol immunity
This one is a dream for anybody with heart or blood vessel issues. Scientists have found out that people with naturally reduced function of a specific gene called PCSK9 have much lower cholesterol levels in their blood, which helps them avoid various diseases caused by this molecule. Some research suggests that this gene is useful in combating sepsis, but overall, scientists agree that getting rid of it for medical reasons won’t have any serious consequences. So, in future, we might be able to forget about cholesterol and related issues. Finally!

8. No need for sleep
The first thing that comes to my mind when I hear about this condition is “no rest for the wicked”, but it doesn’t have anything to do with being good or bad. Short sleep periods occur in very few people, and some even go as far as to claim they don’t need sleep at all. For example, there’s a man from Vietnam who says he hasn’t slept for 33 years, having contracted the condition back in the ‘70s.

How he could’ve “contracted” it is a mystery, considering that it’s a genetic condition, but there are no facts proving otherwise. Anyway, what would you do with such a huge amount of spare time if you could get rid of sleep? Let me know down in the comments!

9. Constant body odor
So, that would be “Stinkyman”, right?Who says superpowers must always be pleasant?If you remember the X-Men movies, you might recall there were mutants with abilities that were downright repulsive, like growing spikes all over the body. So I insist that having a constant unpleasant body smell is also a superpower. I’m afraid, however, that my belief won’t bring any joy to people with this condition.

A mutation of a gene causes a certain enzyme to stop being produced. And without this enzyme, the body starts emitting a strong and, well, pretty disgusting, aroma— something like rotten fish. The scent follows such an unlucky person everywhere. I can only wonder how poor guys live in the society. Boy, that really stinks!

10. Super hair growth
Another rather uncomfortable genetic mutation is called the Ambras syndrome, or hypertrichosis. People suffering from it have excessive hair growing all over their bodies — and whenI say all over, I mean everywhere. The face, the body, both arms and legs, even hands and feet are covered with thick, luxurious hair. Thankfully, this condition is extremely rare, having affected only about 50 people since the Middle Ages. If it was more frequent, I guess razor manufacturers would be the richest people in the world.

11. Different eyes
This condition doesn’t give its host any unusual abilities, but it looks beautiful. What’s known as heterochromia is basically different levels of melanin in the body. Melanin is a pigment that’s present in our eyes, hair, and skin, so it can affect the color of anything. Heterochromia, though, only touches the eyes, making them two completely different colors— say, one hazel, the other blue.

It’s once again a really rare thing to happen in humans, but I bet you’ve seen it in other creatures: a particular breed of dogs, the huskies. They have a natural predisposition for this condition, so they often have either extremely light blue eyes or two different colored eyes. And I think it looks astonishingly cool.

12. Double eyelashes
Speaking about the eyes, there’s another genetic mutation that affects them. We all have a single row of eyelashes, right? One on the upper lid, one on the lower. But a very low number of people with distichiasis have two rows on either eye lid. The most famous example of this condition is Elizabeth Taylor — remember those dreamyeyes with fantastic lashes? Yep, she was technically a mutant.

Ouch, that sounds bad. Anyway, her eyelashes were a result of abnormal FOXC2 gene, and nobody could say it was for the worse. But there’s a downside to this condition too: if the second row is too low, it can grow into the eye, causing irritation and even troubles with eyesight. Everything comes at a price, I guess.

So, what about you? Any superpowers running in your family, or do you know of any others that you can tell us about in the comments.