12 Pros Share Facts That Almost Nobody Knows About – Here’s something I’m sure you’re dying to know: Do you know how to dye black hair blond? See I told you. How about: Can house locks assure your security, or are they useless? Are detectives naturally good at telling the truth from lies, or are they easily fooled? Those questions can only be answered by the pros. Fortunately, they’re on the internet just like everybody else, and they’re ready to share what they know with you! 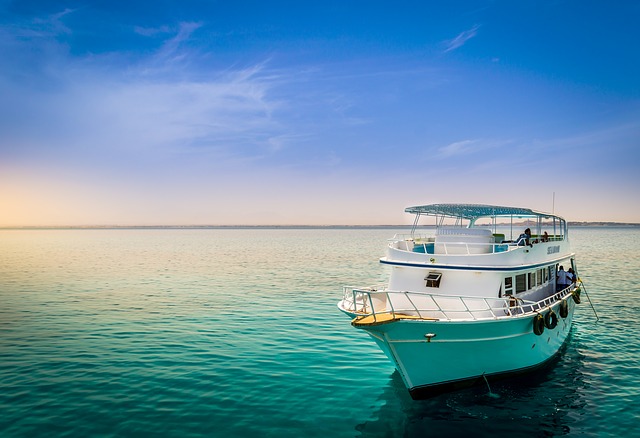 1) Dangerous life-boats
Sailors say that lifeboat drills are more dangerous than any other kind of marine incident. Unfortunately, it’s true. It seems like there’s one ship malfunction that appears more often than any other, and it’s the breaking of the life-boat releasing mechanism. It’s not uncommon for a ship to find an empty life-boat that literally just fell off some other ship in the middle of the sea. Imagine the trouble this type of dysfunction would cause in an emergency. Good thing it’s relatively rare.

2) The bigger the coffee, the less coffee it is
The coffee shop staff wants you to know that when you’re trying to get that extra caffeine kick in the morning – a large latte is not what you’re looking for. In reality, the larger the beverage, the more milk it has, not coffee. And for that reason, most coffee shops actually spend more money on milk than on coffee.

Only the iced coffee gets a third shot of pure coffee, bearing in mind that the ice will eventually melt and dilute the drink. All other sizes of drinks get just two shots. And in general, if you just want the caffeine from your coffee – a tiny espresso is the best choice every time.

3) Watching a movie with a whole orchestra
Orchestra conductor recording soundtracks for a film are more reliant on the movies themselves than on music score sheets. They have it playing right in front of them on a small monitor, providing all the needed information about pauses, rhythm, and the intensity of the music. More than that, the movie’s also playing behind the conductor’s back, so the whole orchestra can see it. Most conductors also work in close tandem with movie directors to know exactly how the music should feel in one scene or another.

Related :  Why Toilet Paper Is Only White

4) If damaged, the elevator won’t fall down, it’ll rise up instead
This will happen in some cases because of the counterweights, pulling an elevator cabin up in an emergency. An elevator could fall down, but it’s highly unlikely. For an elevator to fall, it would take not one, but three extremely sturdy cables to break. Each one of those cables can carry a 3 and a half-ton weight; so let’s just say I don’t logically see it happening.

But even if it could, the automatic speed sensor would activate safety breaks around the cables to slow it down. And even if those safety measures aren’t enough, the elevator shaft itself would be quite efficient in minimizing the risk. An elevator, as it goes down, creates a huge layer of pressurized air underneath the cabin that’ll slow down the fall.

And finally, the bottom of the shaft is always equipped with some kind of shock absorption to soften a possible impact. So you really have little to worry about when using an elevator!Unless somebody farts.

5) Cyber security problems
You know how it often goes: you have to change your passwords on any working accounts every 90 days. But IT specialists don’t actually see a reason to do that; it not only won’t stop a hacker, but this practice is also possibly harmful to security. Every new password is often just a slight modification of the previous one, almost no one is coming up with something original every three months.

The main goal of improving information security for companies is just making every password difficult and unique in the first place, and having some kind of multi-step authorization process.

6) Your body is doing much more work than you think
We all know how busy our body is, but the secret that one oncologist shared was just on another level. The thing is, your body produces countless new cells every day and some of those cells aren’t working properly. Further down the line, those cells are more than capable of becoming a tumor.

The reason why it doesn’t happen is our immune system. It’s constantly searching for every error in cell development, and eliminates the bad cells before they become a source of trouble. Well done, immune system, keep up the good work!

Related :  9 Secrets of the Statue of Liberty Most Americans Don't Know

7) Home security ain’t so secure, the grammar police — isn’t so secure.
My bad. I’m not quite sure if this came from a thief or a security specialist, but there’s a man that claims your safes and locks are useless. No matter how safe you think your home is, your savings and all other valuables aren’t protected from skilled thieves.

This is both true and false. The thing is, it’s just a matter of how skilled and technologically inclined this person is. But on the other hand, it’s also a question of priorities. There’s absolutely no reason for a thief to risk getting himself into trouble if a home has good security. And some average, local sneak won’t be skilled enough to get in. So, in reality, there’s no such thing as an unbreakable lock, but a good lock is intimidating enough to discourage most thieves.

8) People don’t usually call for help when they’re drowning
One lifeguard shared his story on the internet: he rescued a boy who was drowning only a foot away from a group of other people. They didn’t notice the boy’s distress because he was completely silent. He was too scared and tired to cry for help.

Another thing people often forget is that the biggest problem with drowning – you know, other than dying — is that you’re fighting with the water for every breath;not everyone knows how to keep breathing enough to be able to yell. The work of lifeguards is not just being good at swimming and giving first aid. They’re always on guard because not everyone who’s drowning will be able to call attention to themselves.

9) There are no perfectly functioning airplanes at all
This confession came from the pilot of a commercial aircraft, and it seems like he’s right, though the situation isn’t as dramatic as it sounds. Just imagine how complicated a machine like an airplane is, and how many flights one airplane goes on throughout its service? It’s statistically impossible for one to be in perfect shape in every way.

And still, every plane is going through a check of all systems on a regular basis. If it needs some maintenance – it gets it. No airline wants a malfunctioning plane assigned to a flight! Most of the issues on an average plane are so minor, they wouldn’t cause any trouble.

10) If you’re born with dark hair – it’s better to stay that way
Every professional hairdresser knows that blond hair can be dyed brown or black with no problem. But the other way around – not so much. It’s never an easy process, and often takes several visits to the hairdresser. It doesn’t help that the process is torturous for your hair. It’ll most certainly lose its healthy look by the end of it. So, next time you see some celebrity going from black hair to blond overnight, you can assume that they’re probably wearing a wig. And it’s definitely for the better.

11) People are bad at detecting lies
Psychologists say that there’s a test that helps to identify how good a person is at detecting lies. Most people say it’s hard to fool them before going through it. But in the end, it appears that they’re as bad as everyone else. The most disturbing thing about it is that even when a tested person knows the person who’ll be telling lies or true facts to them, they still can’t tell if they’re fooling around. And furthermore, experienced detectives are just as bad at detecting liars as rookies. Can’t believe TV shows lied to me for so long!

12) Cracking joints doesn’t cause arthritis
To be fair, the cracking sound you get from your joints doesn’t usually mean anything harmful whatsoever. And when people say that without cracking, they feel less mobile – they’re telling the truth! The sound you’re hearing is just bubbles of carbon dioxide gas that are collecting in joints over time, and reduce its mobility.

When the joint is pulled or bent, these bubbles are released and removed from the joint with a pop, easing it and making it more mobile again. Alright that was fun, let’s all stick our fingers in our cheeks and make some popping sounds.

Isn’t that fun? Alright, let’s get serious again here. Ah hem. Is there something special in your professional field you can share with people?Let me know down in the comments.