12 Unusual Features That Make People Even More Beautiful – Would you like to have the power of telepathy or flying? I know I would. Well maybe not telepathy, but flying would be cool. Anyway, genetic mutations of that kind are still impossible for humans. But there are other types that make people’s appearance extraordinary and eye-catching.

1. Multiple colors in eyes
We’re so used to the fact that people usually have one matching eye color, that this kind of mutation instantly draws our attention. Scientists call it heterochromia iridium, and there are three types: complete, sectoral, and central (when a different color radiates out from the pupil). But in reality, all those categories can combine in a strange and beautiful way.

A person can either be born with heterochromia  or can acquire it due to a serious illness or injury. In the first case, it doesn’t cause any problems and is just a cool trait that makes a person stand out of the crowd.

2. Vitiligo
This is a condition which causes the skin, hair, and even nails to lose color since the body doesn’t produce enough melanin. Scientists still aren’t sure what triggers this genetic anomaly. Some think that it has something to do with an immune system disorder. Others think heredity is the main factor, which means a person is likely to get it when someone else in their family has it.

Usually, a person who has vitiligo starts noticing the changes in skin coloration between ages 10 and 30. But there’s been cases when people get vitiligo after a single event, like a sunburn or emotional distress. So far, there’s no treatment that can bring the pigmentation back to the skin. However, some procedures can help stop vitiligo from spreading further. It’s estimated that 2% of the population have this skin condition. 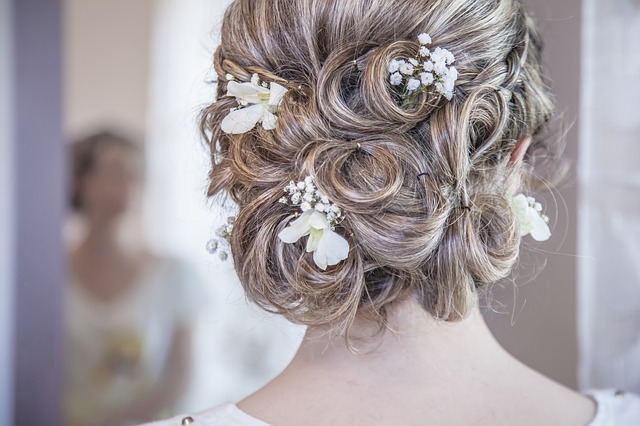 3. Albinism
This genetic disorder results in people having skin, hair, or eyes with little or no color. There are different types, and I’m gonna tell you about one of them in just a bit. But first, the main reason for albinism lies in a defect in one of several genes that produce or distribute melanin. Because of this defect, there’s either an absence of melanin production, or a reduced amount of melanin production.

Related :  Why You Should STOP Drinking Diet Soda Right Now!

Albino people quite often suffer from serious health issues, like deafness or vision impairment. In most cases, they have to be very cautious about the time they spend outdoors because their skin and eyes are super sensitive to the sun.

4. Double eyelashes
Beautiful thick eyelashes are something many people dream of. And some get it simply thanks to a genetic mutation called distichiasis, which causes people to have a second row of eyelashes. It’s believed that the mutation of the FOXC2 gene is responsible for it. This kind of mutation seems, at first sight, like something harmless that makes a person more beautiful.

But in fact, having double eyelashes might be a sign of serious heart-related disorders. What’s more, those extra eyelashes can grow in towards the eyes which might be painful and inconvenient. That’s why some decide to get rid of them surgically, or with the help of a laser. By the way, one of the most famous actresses in the world, Elizabeth Taylor, had this anomaly,which made her glance so captivating and alluring.

5. Cleft chin
I bet a lot of people remembered famous actor John Travolta because his chin is a classic representation of this facial peculiarity. Many people think that a cleft chin is a sign of a strong and independent character, but,it’s really a gene mutation which results when the bones or muscles in the lower jaw don’t fuse completely during the baby’s development inside the womb.

Just like many other anomalies, it’s hereditary from parents to their children. However, if a person has a cleft chin, it doesn’t necessarily mean that their offspring will have it too, because environmental factors in the womb, or the presence of modifier genes can prevent it.

6. Waardenburg syndrome
People with this syndrome usually have pale blue eyes which are wide-set, and sometimes white patches on their skin and hair. However, this genetic condition also has a lot to do with serious health issues like deafness. This happens because the genetic mutation that results in Waardenburg syndrome affects a special type of skin cells called melanocytes.

Those cells not only influence the color of your hair, skin, and eyes, but also have an impact on the function of the inner ear. Most of the time, parents pass this syndrome to their children. But in some cases, this condition may appear spontaneously in a new-born.

7. Different twins
I know it sounds super weird because the whole point of twins is to look alike. But, as you’ve already noticed, genetics is a real wonder. That’s why it’s possible for ‘same-egg’, or identical, twins to look completely different. And I mean really different! I’m not talking only about the color of the eyes or hair but even skin color! Such kids are often born to mixed race couples. That’s how, for example, one kid inherits a gene for white skin and the other – for dark skin.

8. Piebaldism
For almost 90% percent of people who have it, a forelock of white hair along with a white patch of skin on their forehead might be the only present symptom. Usually, people have this patch of white hair from birth, and its location, most of the time, is at the hairline near the forehead. However, other body parts like eyebrows, the middle of the arms and legs, and eyelashes, might also be affected by piebaldism. Just like many other skin-related mutations, this one is caused by the fact that a person is missing melanocytes cells. I don’t know about you, but to me, these people look as if they’ve just arrived from a fantasy world!

9. Red hair in people of African descent
As I’ve mentioned before, there are many different types of albinism. So a special type of albinism, together with the mutation in the MC1R gene, results in people of African and Asian origin having red hair, freckles, or blue eyes. This mutation looks stunning, breaking the stereotype that redheads can only have pale-white skin.

10. Ocular albinism
And there’s another type of albinism I promised to tell you about. It affects only the eyes, causing pigment to disappear from the iris, and sometimes the retina too. This rare eye condition more often affects males than females. Having ocular albinism usually means that a person needs to take great care of their eyes.

Related :  What If Someone Broke a Plane Window

This includes wearing special glasses or contact lenses, and avoid being in places that are too brightly-lit, because their eyes are really sensitive. During childhood, someone with ocular albinism might have uncontrollable eye movement, like rapid movements form side to side or up and down. Usually, this symptom fades away as they grow up.

11. Blue eyes
I can already hear you saying “Wait a minute! Blue eyes aren’t something rare” And they’re actually not, you’re right. But having them is still the result of a genetic mutation which happened about 10,000 years ago. Back then, all people had brown eyes. In other words, their eyes contained a lot of melanin.

The gene that controls melanin is called OCA2. So, many-many ages ago a nearby gene mutated out of the blue  and ended up limiting the ability of OCA2 to produce melanin in the iris. This prevented melanin from coloring the eyes brown. Ta-da! The human population got blue eyes. They’re blue because it’s the color that appears if the eyes have no pigmentation.

12. Freckles
And again, the MC1R gene comes into play here since it’s responsible for producing melanin. But freckles can’t appear without the sun. That’s why you won’t find new-borns who have freckles, since they haven’t been exposed to the sun yet. So, when you’re bathing in the sunlight, it triggers your body to produce more melanin to protect your skin.

If your melanocytes (skin cells involved in producing pigmentation) are evenly spread, you’re likely to get a nice tan. But some people have those special skin cells clustered together, and they end up having a build-up of pigment in one area, resulting in freckles! Yep, everyone of us — we’re all Genetically Modified Organisms – GMO – not just corn and stuff. And it helps make each of us, that much more special! Viva la difference!

How about you? Do you have any of these beautiful genetic alterations, or maybe you know someone who does? Let me know in the comments.