13 Habits That Probably Spoil Your Life – I’m guessing that nobody will argue that people tend to divide all habits into good and bad. But what if I tell you that some so-called “good” habits aren’t as useful as people like to think? And that drinking too much water can lead to poisoning, and brushing your teeth can damage them? In fact, everything you thought you knew is wrong! (no wait, it’s not that bad. But here’s my list of habits you might want to reconsider:

1. Never hold in a sneeze by blocking your nose and mouth with a hand! Sneezes travel at a speed of 200 mph. Now, can you imagine the consequences of preventing this turbo gust of air from getting free? Damaged blood vessels in the eyes, burst eardrums, and even cracked ribs, and that’s not even the whole list of injuries people had after trying to hold in a powerful sneeze!

By the way, sneezing “into a palm” is a surefire way to infect everyone around! You’ll leave germs on everything you touch: furniture, elevator buttons, doorknobs, and whatnot. You’ll be the King Midas of infection…

2. Let me be clear: keeping your word is good! But life is unpredictable, circumstances change, and one day, you might find it hard or impossible to keep your promise. Most people, in this case, don’t want to let others down and do everything they can, even if it goes against them.

That’s why if you understand that you can’t fulfill your promise, don’t try to be a superhero. Nobody is going to appreciate the lengths you’ve gone. Just admit that you can’t keep your word and explain why, if needed. 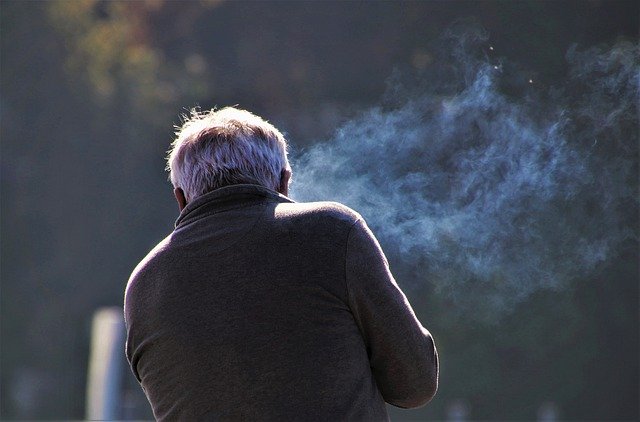 3. I have to break it to you: drinking too much liquid is actually unhealthy! And by liquid, I mean not only water but also tea, coffee, juices, and even soup! The main problem is your kidneys: they can process no more than 34 oz of liquid per hour. That’s why when you drink a lot of water in a short period of time, you put your heal that risk!

Related :  Why No One Should Use Airport USB Charging Stations

Anyway, you SHOULD drink a glass of water right after waking up. It starts your digestive system. And you SHOULD drink more water if you feel tired: exhaustion is one of the symptoms of dehydration.

4. “Always saying yes” is a thing today. By doing so, you become more open to the world and don’t waste opportunities. But at the same time, by always saying “yes”, you can do yourself a disservice! “Can you finish this report for me?”, “Yes!” “Could you pick my things from the dry cleaner’s? I’m going out with a friend”.

“Of course!” Um, see what I mean? That’s why it’s rather do what you want to do and don’t do what you don’t want to. And even if you know how to solve someone’s problem, it doesn’t mean you HAVE to solve it.

5. Don’t brush your teeth right after a meal, especially if you were eating something acidic. It will damage your tooth enamel and lead to its erosion! Wait for at least half an hour before brushing your teeth. And if you munched on highly acidic stuff, for example, something spicy or salty, fresh juices, soda, or fast food, better wait even longer, for an hour or so. If you feel that you have to remove small pieces of food immediately, though, use an oral irrigator — it will help you without harming your teeth.

6. “Listen to your body!” – they said. “If it lacks sleep, give it more sleep!” And now, I get to know that sleeping as much as you feel like isn’t that great! Even worse, if I start sleeping more than 9 hours a day, I may have depression, put on weight, and have health problems! Seven or eight hours is enough for your body to “restart”. And if you wake up at the same time on weekdays and at the weekend, it will be easier for you to stick to your sleeping routine.

7. Lots of people try to do something useful every moment of their life. With time, it gets harder to distinguish between laziness and so-much-needed rest. And that’s when you start to perceive the time you spend on yourself as “stolen”. You should realize that there is time for being efficient and useful.

And there is time when you need to relax and do nothing. If doing nothing is too hard for you, try to trick yourself into thinking that during this time, your body recovers. And without this process, it won’t be able to do something useful later.

8. What can be better than a hot, steamy shower after a long day? Well, a lot! A hot shower does more harm than good to your skin! The hotter it is, the more it opens the pores. It results in your skin losing moisture alarmingly fast. Hot water also washes away all those oils that protect you. And then you get out of the shower and wonder why your skin is so dry and itchy! And since we’re talking about showers, using soap every day is another big no-no!It removes your skin’s protective layer of oil and makes it dry!

9. Despite what most people believe, living in a constant money-saving mode won’t get you anywhere good. And not buying something you really want is just as dangerous as making impulsive purchases. After making a decision to start saving money, people often change their life dramatically, giving up on small pleasures or even vacations.

Limiting yourself in such a way will most likely result in bad moods and frustration. Try to leave some money for spontaneous purchases and entertainment. 5-10% of the common budget should be enough for you not to feel trapped by saving.

10. Another bad habit that pretends to be good is washing your face right after a workout. Huh? How on Earth can I leave all that sweat unwashed? Experts recommend washing your face not after, but before a workout! When sweating during some physical activity, you tend to wipe your skin.

But this way, you’re rubbing in all the dirt, grime, and oils that are there. It can cause problems with pimples and acne. But, let’s say, you washed your face before a workout. It means that when you get hot, there will be only water and salt on your face – and it won’t do any harm to your skin!

11. At the first glance, analyzing your past seems to be a great habit. You can see your mistakes, draw some conclusions, and become, you know, wiser. But the problem with this constant reflection is that it prevents you from enjoying the present. “Living in the moment” isn’t just a pretty phrase.

Try to only analyze what’s important for your future life. Do NOT pity yourself or make up different scenarios, living through this or that situation from the past. Living in the moment is simple: just watch what’s happening around and feel being a part of it.

12. An early morning workout is supposed to be great for your health, boosting your energy levels and charging your “batteries” for the day. Not so fast. Researchers from Brunel University in the UK have discovered that when you have intense physical activity early in the morning, your immune system becomes weaker. That’s why you can catch a cold or get infected much easier. So, laze around in bed in the morning and leave a difficult workout for later.

13. If you ever tried to lose weight, you probably fell for that “healthy” habit of switching to low-fat products. But while doing it, you most likely cut down on good fats, such as omega-3 fatty acids, as well! And that’s not wise. This fat, found in nuts, oily fish, seafood, and some seeds, is crucial for your skin condition and the functioning of your heart and brain!

So there you have it. As they say “First you make your habits, then your habits make you”. Just be careful about which habits will give you the most bang for your buck.