14 Phrases Rich People Avoid to Say – So listen up. Thoughts are tangible things; that means what you think and say to yourself tends to manifest itself in the real-world and in your future. Successful people understand this better than anyone. That’s why they won’t ever use any of the phrases that I’m about to share with you today. Avoid these like you would poison. 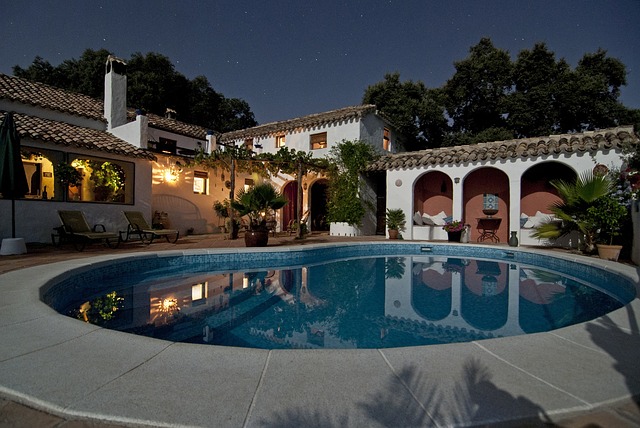 1. Money is meant to be spent
It’s the same logic as “teeth are meant to fall out”, and unfortunately, they do. Most of the time this phrase means only one thing – someone needs to come up with an excuse to spend their hard-earned money instead of making it work. People who pay more attention to their income are always interested in how it can benefit them in the future. Successful people would rather say that money is meant to be saved and invested.

2. Why save if I can live like
I want to instead? Sometimes people like to put it simply: ‘You only live once’. At some point, the road to success reveals the truth about this: it was never just about you and your wealth. People generally don’t measure success by money; it’s more like a constant purpose, and an urge to put every bit of yourself to use.

It’s giving as much to the world as you can, and bringing about any change that seems necessary. Saving is part of this success, and it can help immensely in the future when you decide to invest in something valuable.

3. Why invest if I can simply save more money?
The same thing goes for this question too. Success is even less about your wealth when you already have money. But it doesn’t always stick around; it’s just impossible to guarantee in our ever-changing life. Wealth is too unstable if your money isn’t bringing more money. And that’s what investments are basically for.

4. I’m not good enough
The simple rebuttal to this superstition is ‘Yes you are’ Whatever it is that you need to overcome to become successful, you can deal with it. Successful people don’t give up easily, because they know obstacles make people hardy and resilient. There’s also a little secret: if something seems too big for you to handle, it just means that you don’t know exactly what actions you need to take.

Related :  15 Things You Should Never do With Your Phone

A good analysis of the situation will help you come up with a detailed plan, in which each little step won’t require too much from you; but all of them combined will bring you success.

5. I don’t have enough time
This phrase is mostly just an excuse, but don’t blame yourself. For a successful person, it will translate into something like: ‘I don’t have enough interest and motivation. ’Most of the time this phrase comes up when we can’t visualize the benefits of some action that we need time for. And the solution is simple – dream more! Paint in your mind a picture of what you can achieve if you just make that dream a priority. You’d be surprised how easy it is to find time for something you actually prioritize.

6. It’s not my fault I failed
This thought is not just undesirable, it’s dangerous. And not because it’s just immature, but because it’s stripping you of the best opportunities you could have in life. Owning up to your mistakes allows you to turn your faults into new skills and abilities. People aimed at success are willing to admit fault so that they can immediately figure out what was separating them from their achievement.

7. It’s my fault and I deserved failure
But they’ll never make a tragedy out of it!It’s the other side of the coin, you know. The only thing you may lack when you think like that is analytical thinking. Successful people always try to analyze their mistakes. Everything can become an advantage; there’s no such thing as a total failure.

If a person says that he or she deserved failure, they’re trying to ditch responsibility off their shoulders. But responsibility is an important key to success.

Related :  FBI Interrogation Techniques You Can Actually Use

8. I just got lucky or unlucky
To restrict yourself from merits and opportunities? No way! Nothing happens just because; there’s always credit due to someone, and 99% of the time, it’s you. There’s a place for luck too, but there’s another phrase about that: “Everyone makes their own luck” it’s far more probable that you’d hear something like that from a successful person.

9. It’s too late to go for what I want
There are a lot of examples of advertisers becoming famous cooks and book authors after 50, and actors becoming politicians after 40. Starting worldwide known franchises at 52, becoming a painter that sells one painting for over million at 78 – the history of success knows it all. If you want success, there’s no age limit! In fact, the wisdom and experience you’ve gained over the years will only work in your favor towards achieving goals at a more mature age. The writer George Eliot said it best: It is never to late to become what you might have been.

10. I’m just not that good with money
A universal rule of thumb for phrases on this list is: “If you state something, it’s becoming the truth this very second” Successful people know that we are what we think of ourselves. When you state something like that, you refuse to move on, and struggle to improve upon yourself. And inactivity is the worst enemy of any progress, which means that successful people just don’tallow themselves the luxury of throwing their hands up and saying they’re just bad at something.

11. I can’t afford it
In this case, it’s just the choice of words that dictates how toxic this phrase can be to the mindset of a successful person. What if we replace this phrase with something else, like: “It’s not in my budget. ”See what happened? The second phrase means that you designed the whole situation and that you already thought of every possible expense that might appear in the future.

Related :  20 Rich People Habits You Can Easily Get

If you “can’t afford” something – you’ve lost control over the situation. But if you already thought about it, and you just refuse to go over your budget, it’s become a choice.

12. Only fools have spare time.
It seems blindingly obvious that successful people are those who work 24 hours a day and 7 days a week. With an emphasis on the word ‘blindingly’. But the truth is, there’s no success without quality rest, and a lot of time spent on self-improvement. Reading books, changing the pace and rhythm of your days and your field of work is crucial for avoiding bad mental conditions like burnout.

And what do you do when you want to take a break? Let me know in the comments below! Because it’s pretty important. Your day off should be different from your workday, but it should be as productive as one. Just in a very different way!

13. I have everything I need
Some variations on this one may include: ‘I have enough money to retire from my job!’ or ‘I can do whatever I want now!’. Successful people have another phrase that would be a great answer to these: ‘Success is not a destination, but a journey’ There’s no end to this journey. Striving for success just to arrive at some amount of money is not what success really means.

To make it to the top is to open new opportunities for yourself. Not opportunities to earn more, but to do more. It’s more about being the best you can at something than about wealth.

14) Every dog has its day
The phrase means that, somehow, success will find you on its own without you having to invest in it, like a miracle. It would be great if it worked like this, but all we really have at our disposal is our own time and efforts. Good news – these are also the main ingredients for success. The right formula is all you need for that miracle!