14 Signs Of Vitamin D Deficiency – Vitamin D is an extremely important nutrient that has powerful effects throughout the body. But despite its importance, many people just don’t seem to get adequate amounts. In fact, over 40 percent of American adults, as well as approximately 1 billion people world wide, are vitamin D deficient! Why is that?

Well, very few foods contain vitamin D; and most of it is actually produced in your skin in response to UV rays from the sun, which is why it’s sometimes called the ‘sunshine vitamin’. Another reason for vitamin D deficiency is that it can be difficult to identify. It’s hard to know if certain symptoms are actually a result of low vitamin D levels or something else. If you’re concerned whether you’re getting enough vitamin D, here are some signs suggesting that you probably need more!

1. Aching Muscles
Vitamin D plays an important role in the support of muscle function. When metabolized, vitamin D enters your muscles and ensures proper muscle contraction. This is also vital for building muscle strength. However, if you’re experiencing muscle pain that is not due to exertion, it may be due to insufficient levels of vitamin D. In fact, research has established that chronic muscle pain that is unresponsive to treatment is often due to vitamin D deficiency.

2. Painful Bones
Your bones stop growing once you’ve reached adulthood, but old bone tissue is regularly replaced by new tissue. Vitamin D is vital for ensuring bone tissue replacement, and a serious deficiency can cause bones to soften. This condition is known as Osteomalacia or ‘Adult Rickets’, and can lead to Osteoporosis. Since muscle pain and bone pain often resemble each other, it’s important to know how to differentiate one from the other. Muscle pain is usually concentrated in one specific location and is aggravated by physical activity. Aching bones, however, are often felt as a penetrating and broadly spread pain. 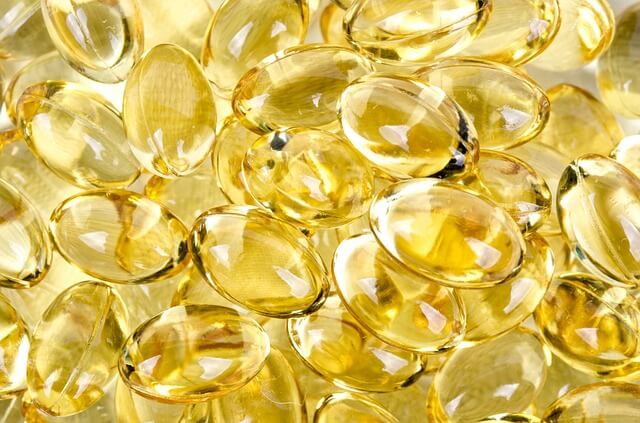 3. Fatigue
This symptom is often overlooked, because we tend to attribute fatigue to a number of different things. That said, your body needs vitamin D to produce energy, and a lack of it can make you feel tired and sluggish throughout the day. This lack of energy can also cause you to adopt negative behaviors that can have an adverse effect on your health. So, listen to your body. If you notice that you are feeling sluggish and can’t figure out why, you may just need to get some more vitamin D.

4. Reduced Endurance
If you are physically active but you notice that your endurance is decreasing for no apparent reason, low levels of vitamin D may be the cause. As I mentioned in the previous point, vitamin D plays a vital role in maintaining and increasing energy – and this is especially true for endurance. Physically active people can also experience reduced endurance, even if they are getting enough sunlight every day. Fortunately, if a deficiency of this vitamin is the culprit, your endurance will quickly improve once your levels return to normal.

5. Low Moods
Vitamin D is not only an important factor in your brain’s health, it also affects your mood. The areas of your brain that are associated with mood, have vitamin D receptors. Low vitamin D levels can therefore significantly affect your brain cells. While research is still being conducted, there is evidence to suggest that vitamin D can increase certain neurotransmitters in the brain called monoamines. These include “feel-good” substances like serotonin and dopamine. Not having enough of these chemicals in your brain can cause you to feel low, and even depressed. This is also why many people experience low moods in the winter – a condition called Seasonal Affective Disorder – which is at least partly caused by the relative lack of sunshine during the winter months.

6. Problems Sleeping Well
It’s been discovered that vitamin D also plays a role in getting good sleep at night. The precise relationship between sleep and vitamin D is not yet certain, but research seems to associate the quality of your sleep with vitamin D levels. This association may have something to do with the vitamin D receptors in the brain that control sleep. Receptors that receive insufficient amounts, work less efficiently than they should. And this can lead to poor sleep quality.

7. Sweaty Head
When your body temperature exceeds 98. 6 degrees Fahrenheit or 37 degrees Celsius, you perspire in order to lower your body temperature. This usually is entirely natural. Perspiration even serves to eliminate toxins that gather in fat cells under your skin. However, if your head is sweating while the rest of your body is not, it could be an indication that you may not be getting enough vitamin D.

8. Losing Hair
Hair follicle growth is stimulated by vitamin D. When they are healthy, hair follicles maintain hair volume. It is, of course, natural to lose hair as you get older. But people can also suffer from hair loss due to a deficiency in vitamin D. This is especially true for women. Research also suggests a connection between low vitamin D levels and Alopecia – which is an autoimmune disease that results in bald patches.

9. Wounds Heal Slowly
If you get injured and it takes a long time for your wounds to heal, a lack of vitamin D in your body might be the cause. Vitamin D plays a vital role in rebuilding skin, thus, if you don’t get enough, healing will occur at a much slower pace. This can be especially problematic after a surgery and can also result in more pronounced scarring.

10. Dizziness
Vitamin D plays an important role in the proper functioning of your ears. Research has demonstrated that there are vitamin D receptors in the calcium channel transport systems located in the inner ear. These serve in maintaining a proper balance of calcium. When calcium crystals located in your inner ear are dislodged, you can experience sudden bouts of dizziness or a spinning sensation, as well as nausea – among other unpleasant symptoms. This condition is called Benign Paroxysmal Positional Vertigo, and there is ample evidence linking it to low levels of vitamin D.

11. Heart Problems
Perhaps one of the most underestimated risk factors for heart disease is vitamin D deficiency. However, mounting evidence seems to indicate that insufficient levels of it can drastically increase the likelihood of heart disease. There also seems to be a connection with high blood pressure. According to a number of large research studies, low levels of vitamin D can double the risk of having a stroke, heart attack, or other heart complications.

12. Excessive Body Weight
Vitamin D is believed to optimize your body’s ability to absorb important nutrients – such as calcium – which is essential not only for bone health, but also for a healthy metabolism. It helps your body burn calories. Research suggests that obesity increases the body’s need for the vitamin because of the higher amounts of fat tissue. Moreover, people with larger waistlines have trouble converting vitamin D to a more usable form, and may need up to 3 times the amount than people of average weight – in order to maintain healthy levels.

Related :  One Important Thing You Forget to Do Every Morning

13. Recurring Infections
Vitamin D levels have a direct effect on the health of your body’s immune system. When your body can process sufficient levels of it, your immune system remains strong and is able to combat infections and diseases as it is meant to do. Not getting enough of this crucial vitamin can result in serious consequences. It can drastically weaken your immune system – leaving you vulnerable to recurring infections and chronic diseases.

14. Reduced Cognitive Function
Vitamin D’s biologically active form has been shown to have neuro protective effects. This means that the vitamin actually helps in the preservation of nerve function – which is very important for your brain to work properly. Research strongly suggests that a deficiency of this vitamin is a significant factor in reduced cognitive ability. In fact, there are clear indications that low levels of vitamin D are connected to Dementia as well as Alzheimer’s.

Furthermore, adults with serious vitamin D deficiencies are four times more likely to suffer impaired cognitive function. While vitamin D deficiency is a common issue worldwide, there are some factors that can lead to an even greater risk of having low vitamin D levels. As you already know, the body produces vitamin D when exposed to sunlight.

This means that you are at risk of having low levels if you spend too much time indoors , live in extreme Northern or Southern latitudes, or wear unnecessarily concealing clothing. Those with darker skin naturally produce less vitamin D, because the higher levels of melanin in their skin is actually meant to protect against excessive exposure to ultraviolet light.

Nevertheless, if you suspect that you may be lacking vitamin D, it’s important to get your blood levels checked. The good news is that a vitamin D deficiency is usually easy to fix. You can expose yourself to sunlight more often; include more foods rich in vitamin D in your diet – such as fatty fish; or fortified foods – like cereal; or simply take a supplement.