15 Signs Your Child Will Be Rich in the Future – It might seem like all humans are born the same, and it’s impossible to predict the future success of a young kid. However, it turns out there are some common features that make successful individuals stand out from the crowd, and these features start showing at an early age. And no, it’s not that silver spoon they have in their mouth. There are 15 common traits most gifted kids share that can foretell a bright future, before they even start school! 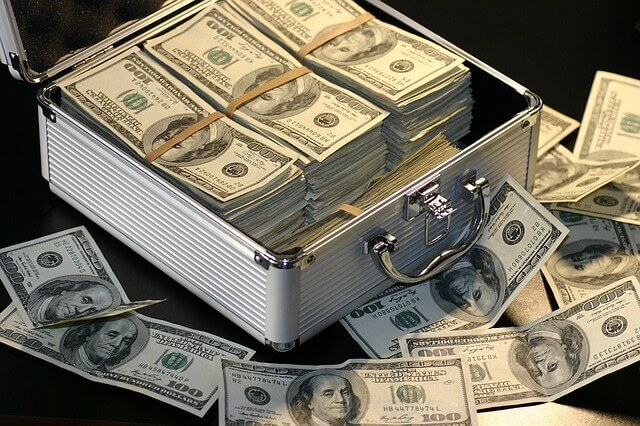 1. They start to take part in conversations as soon as they learn how to talk. And I don’t mean this cute but (let’s be honest) meaningless babbling all parents are so fond of. Gifted children are frequently called “little adults” for a reason. They mature earlier, and have a better awareness of what’s happening around them.

That’s why they love talking about various things and, what’s more, prefer adults’ company when they need to discuss their urgent baby business. On top of that, kids who are going to become successful in the future often demonstrate a wicked sense of humor. Their jokes, delivered with comedic timing, can make even the most serious adults crackup.

2. They set high standards, just like successful adults. Amazingly, smart kids feel the need to constantly improve, even at an early age. Their instinct tells them that they have to do their absolute best in the activities that matter to them. Such a high bar also helps gifted kids to study school subjects and learn new skills with never-ending enthusiasm. By the way, if your kid is super-concentrated on a specific subject, it might be a sign of a high IQ!

3. They’re little bundles of energy. Now, I know what you’re going to say: All kids are zippy wiggle worms who can’t wait to burn all that excess energy that gathers inside them when they’re made to sit still. But the truth is that advanced children have a need not only for mental stimulation, but for physical stimulation as well.

So, if your kiddie is a little dynamo, unable to stay in one place, he or she is likely to be gifted!Also, don’t get upset if your child gets bored fast – it can be a sign of intelligence as well.

4. They have problems with sleep. And by this, I don’t mean they suffer from nightmares or struggle to cope with insomnia. Oh no, when these little ones fall asleep, they stay switched off till morning. But the problem is in getting them close their eyes and relax in the first place! Smart kids often refuse to follow traditional sleeping patterns.

They’re likely to be night owls, or stick to their own bizarre schedule, which has nothing to do with the time YOU go to bed or wake up. The reason? Their brain is just too stimulated for the poor kid to fall asleep easily!

5. They like earning money. So, has your kid asked you for help in setting up a lemonade stand? Has he or she begged you to bake cookies for a sale? Great news! That’s how children apply and develop their entrepreneurial skills. And who knows, you might be driving the next Warren Buffet to the local store! Besides, smart kids tend to understand the very concept of money and expenses. They can calculate how far their pocket money will last, and which purchases won’t fit into their budget.

6. They’re self-motivated and persistent. If you want to excel in something, you need a touch of self-motivation. And gifted kids are great at finding the inner strength to keep going. Don’t confuse it with being motivated by parents or teachers; self-motivation means that a child doesn’t need any outside encouragement to do what they consider important.

Also, such kids refuse to give up on their dreams, and keep going even when the chips are down. After all, isn’t that what all success training programs teach you to do?

7. They have a great memory. If a toddler can remember a lot of events that happened in the past, like where you hid their favorite toy or a pack of candies, it’s a sure sign that the little one is gifted. Also, these kids recognize faces and places faster and better than other children. Interestingly, psychologists claim that a good memory not only helps people learn new things, but also works in their favor when they make everyday decisions.

Related :  Weighing in after the holidays (Herbal helpers for trimming up)

8. They can be rebellious and stubborn. And while your kid’s naughty behavior might be your worst nightmare, it may mean that he or she is going to become very successful in the future! Paradoxically, children who don’t want to conform to the rules, defend their independence,and flat out refuse to obey their parents are much more likely to get a higher education!Leaders are not often known as conformists, after all.

9. They’re curious. And some of them are also named “George”! The little monkeys!Since curiosity can be as important as inborn intelligence, an inquisitive mind is a sure sign of future success. Children who ask zillions of questions don’t do it to drive the people around them crazy.

This curiosity is an innate desire to collect information and learn new things at any given opportunity. Besides being curious, kids who are going to achieve success in the future are often bold, outgoing, and aren’t afraid to express their opinion.

10. They don’t mind being on their own. . . .  and they don’t get bored!Their restless mind can keep them occupied for hours on end. Gifted kids enjoy games that require lots of imagination, for example, creating menusfor their own restaurants or organizing things on the shelves of their toy grocery store.

11. They’re sensitive. If your kid rushes to hug upset adults and crying babies, they might have a bright future ahead of them. Apparently, a big heart is frequently connected with a big brain. That’s why highly intelligent children tend to be more emotionally intense, empathic,and sensitive to the feelings of other people. On top of that, intelligent kids are often compassionate, and love helping others.

12. They’re good at concentrating. Well that leaves me out…So even if you think that your child just pretends not to hear you, don’t jump to conclusions right away. They might simply be concentrating so hard that they’ve switched off the outside world. Their ability to focus on a particular task or challenge is a good sign. After all, no talent or skill can be developed if you keep getting distracted.

Besides, gifted kids start to make informational links early on in life, and that’s not common for all children. Let’s say you see a plate on the table. It’s a safe bet to assume that you’re about to have lunch, right? Well, not for a tot. That’s why, if your little one is able to make logical connections or predict the actions of other people, you’re bringing up a little genius.

13. They can be wallflowers. Yep, gifted kids don’t always like to be surrounded by hordes of friends and acquaintances. Plenty of smart ones are calm, quiet, and exceptionally observant. They just sit there, watching, assessing, collecting information, and analyzing which activity is worth their effort.

14. They love books and start to read early. You might’ve heard that reading is just as good an exercise for your mind as sports are for your body. It’s no wonder that super-intelligent kids are often inseparable from their books. They usually start to read before they turn 4, while other children reach this milestone at the age of 6 or 7.

Gifted children read both to get new information, and for fun. And even though they uncover the joy of reading a bit later in life, once they do, books will have them hooked.

15. They hang out with older kids. So don’t get worried if you notice your little one rolling with teenagers and feeling perfectly comfortable with it. Remember how advanced kids love to learn new things? So, that’s what they’re doing when hanging out with older children: getting knowledge! How about you? Can you think of any other sign that a child’s going to be successful in the future? Then let me know down in the comments.