19 Things That Don’t Exist Outside the US – For most of the world, Americans seem to be exporting just about everything, from movies to McDonald’s. But if you think you can see everything American without visiting America, think again. There’s stuff that the U.S. seems to reserve just for itself. So let’s experiment. Let’s all pretend that we’re a first time visitor to the US, and check out what’s really worth giving a try! 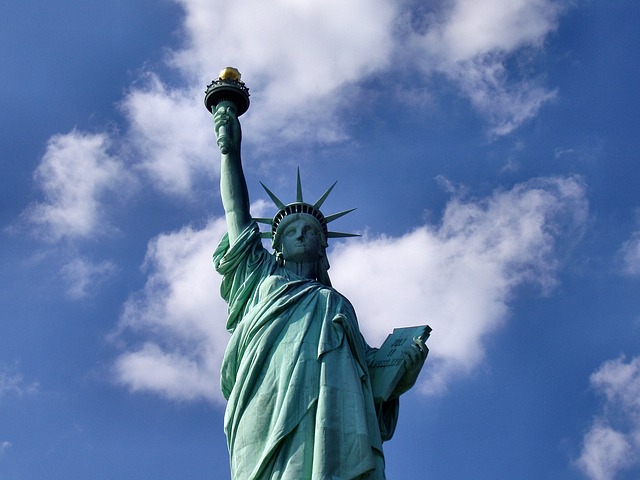 1. Spray cheese
Ah, the famous Philly cheese steak…Getting hungry just thinking about it. But did you know they make it without even using actual cheese? Things like Cheez Whiz or Squeeze Cheese have a strong flavor and add delicious notes to any dish that goes well with cheese, but flavor is basically all they have: cheese isn’t the main ingredient there. Still, they love it anyway, don’t they?

2. Doggy bags
Pets are treated very much like family members in the US, and it’s a really serious thing. You’ll hardly find a restaurant where you won’t be offered a doggy bag at the end of your meal if you come with your pooch. And even when your furry buddy stayed at home, if you ask your waiter for it, they’ll bring you one without a question. So here, you’ll always be able to share the deliciousness of the moment with your four-legged friend. But in really, very few pets actually get to eat this stuff. Their owners normally get to it first.

3. Black Friday
Although this tradition is slowly but steadily being adopted by other countries, the American Black Friday is still a thing to behold. Most shops throw incredible discounts on almost everything they have, and every year, people start waiting in lines long before the stores are opened. Even more, dozens of tents are put out on the parking lot of every Walmart on the night before Black Friday. If you want to see one, though, be careful: the crowds are so huge, you can get yourself in a stampede.

4. Supersize
Lots of things can be said about the USA,but one thing is certain: they love a hearty meal. Wherever you go to have a snack, be prepared to see supersized helpings. This is mostly a fast food feature, but even in restaurants, compared to other countries,you’ll more often than not get a dish that’s enough to make you full halfway through. Americans seem to know about it themselves, though: almost any restaurant will allow you to take the leftovers with you. So considerate!

Related :  What is at The Bottom of The Mariana Trench

5. Tipping everyone
In many countries of the world, leaving atip to your waiter or taxi driver is a customary thing. In the US, however, you tip basically everyone in the service industry, be it a hairdresser or a valet. And it’s not just any amount, mind you: the tip should always be around 15- 20% of the bill. No one will say anything to you if you leave less, of course, but you’re sure to get a few looks from the staff.

6. Yellow school buses Of all things
American, these vehicles have become pretty much a hallmark of the United States. No movie featuring school kids goes without a yellow bus taking them to school. Remember Forest Gump? This color can only be seen in North America, so it’s like a school version of the famous red London double-decker.

7. Medical advertising
A question to those who don’t live in the US: have you ever seen an ad of any medical drug on TV or on the streets? Let me know down in the comments!Anyway, you probably haven’t because the United States is the only country, apart from New Zealand, where drugs are freely advertised just about anywhere. Also, drug stores have long since become much more than just pharmacies: they sell all kinds of things there, even food.

8. Unused vacations
This is something nobody from other countries understands — at least from those with healthier attitudes towards work. For some reason, Americans voluntarily work more than they are required to. According to Business Insider, 169 million days off were left unspent in the USA in 2013. That’s about half the working population without vacation whatsoever. Yikes.

9. Surprise prices
When you’re going to a grocery store and look at price tags, you expect to pay for exactly what it says, right? Well, not in the US. All items in stores are tagged with prices that don’t include VAT, or value-added tax. So when you’re shopping big, make sure you have some extra cash to spend above the price tag of your goodies, because a sales tax will be added at checkout.

10. Imperial units
The United States is literally the only country that still hasn’t switched to the metric system of units. While the rest of the world has 100 centimeters in a meter and 1,000 meters in a kilometer, the US has 12 inches in a foot and 5,280 feet in a mile. Oh, and there’s also a yard, which is 3 feet. They tried changing to metric some years ago, but it somehow just didn’t catch on.

Related :  Why Nobody Can Survive in the North Pole

11. A question instead of a greeting
What do you say when you meet someone?Usually it’s some form of greeting, like “hello” or “hi. ”Well, in the US, you ask a rhetorical question first. Really, They say “How are you?” and think it’s perfectly okay not to receive an answer to that: they use it as a polite way to greet someone. So when somebody in the USA asks how you’re doing, there’s no need to go into detail about your current affairs — just say “fine. how are you?” and move on.

12. Date writing order
On the topic of unusual things in the US, Americans also have their own particular way to indicate dates. In most countries, you go from the smallest to the biggest, meaning from day to month to year. In some others, like Japan, it’s the exact opposite, but still there’s clear logic. So, for example, if you’re in Europe, the date written as 11. 12. 2018 will mean it’s the eleventh of December, 2018. Cross the Atlantic, however, and you’ll have the twelfth of November, 2018. No wonder many tourists feel confused when seeing American dates for the first time. And even for the second.

13. Patriotism
Okay, everyone loves their countries, granted. But how some Americans celebrate their homeland could be viewed as a little over the top. Yes, you can see people with faces painted with stars and stripes at sports events, hear some of them loudly brag about being American in conversations, and of course, you’ll see flags. Lots of flags. But it also says something about their government’s protection of their right to Freedom of Expression,which does not exist in many other parts of the world.

14. Road trips
The most stereotypical American dream is a vacation on the road. While in many other places in the world, people tend to fly or at least travel by train, Americans’preferred type of travel is driving. It’s not unusual for a person to drive across the whole country, East Coast to West Coast or vice versa, just for the freedom of it. No wonder 5 of the world’s longest highways are located in the US.

15. Garbage disposal in the sink
You’ve probably seen it in the movies how kitchen scraps are disposed of right in the sink. In fact, this thing is only typical for the US, and no other country uses it. What’s more, most European countries have had it banned for being, well, not exactly environmentally friendly.

16. Prom night
Prom is one of the biggest occasions in any American student’s life. Their parents can spend hundreds and even thousands of bucks for their kids to havea prom they’d remember for the rest of their lives. While most countries certainly have their own dance parties for students, prom beats them all at every turn. It’s flashy, it’s posh, it’s beastly expensive.

17. Peanut shells on the floor
No one knows why, but throwing the shell on the floor after eating a peanut is a sort of a tradition in the US. Like anywhere else, littering is an offence, yet peanut shells seem to be exempt from this law. You can throw them almost wherever you please in many restaurants, or at a public event,like a baseball game. Rest assured, nobody will say anything. It’s just what people do.

18. Red Solo cups
Almost every movie featuring parties, especially those with lots of young people gathering together, would have those red plastic cups on screen. Red Solos have become a staple in the US pop culture, and they’re more strongly associated with American parties than pretty much anything else. 19. Free refills Adding to the supersized portions I mentioned earlier, the US is famous for its free drink refills at any fast food joint. If you didn’t manage to quench your thirst with that huge Coke, please be my guest and have another one, free of charge.

By the way, Americans typically add lots of ice in their soda cups and prefer their drinks chilly. It’s not unusual to order a Coke at a restaurant and receive 70% ice. That’s why Americans traveling to Europe find it surprising when waiters there bring them lukewarm drinks without any of those refreshing cubes in the glass.