19 Things You Can’t Do During Severe Weather – Thunderstorms, tornadoes, and other kinds of severe weather may seem beautiful and mesmerizing, but you should never forget that they can also be an extremely dangerous phenomenon. Surely, I’m not saying to hole up every time you hear thunder, but it only makes sense to go inside when the storm starts brewing. However, even indoors, there are 19 things you must never do during severe weather if you want to stay safe. 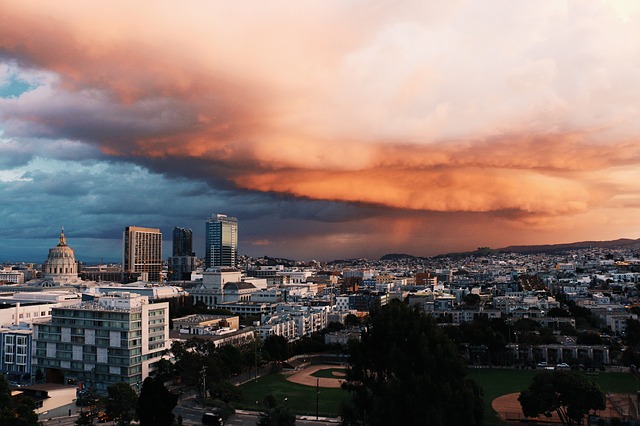 1. Never Take a Shower
The thing is that when a thunderstorm is raging outside, the electrical currents created by lightning can travel through the water pipesin your house. As a result, your shower could be shocking, or the lightning bolt could start a fire in your home.

2. Never Use a Landline
I must admit that nowadays, you’ll have to try pretty hard to find a corded phone whatsoever. But if you manage to, avoid talking on this type of phone during a lightning storm. It can easily get inside your house, not only through your water and plumbing systems, but also through the wiring. So, hold that thought until the storm passes.

3. Never Leave A Plastic Water Container On a Concrete Floor
If you keep your water supply in plastic containers in a place with a concrete floor, store them either on a wooden pallet, or on a piece of cardboard. First of all, if it’s a garage, there might be oil spills on the floor. On top of that, the concrete itself contains tons of chemicals used during its production. If any of these substances leach into your water supply, they can make it unsafe to drink.

4. Never Ignore The State of Your Hair
No really. Let’s say you’re standing outside of your house, admiring the approaching thunderstorm. But suddenly, you notice something bizarre: your hair is standing on end! Don’t ignore this phenomenon – it’s your clue that you should get inside the house right away! When the positive charge of your body interacts with the negative charge of the storm, it makes your hair stand up. Unfortunately, if you don’t get indoors, you could get struck by lightning!

Related :  How To Make Money If You Are Under 18

5. Never Light Candles
The problem with candles is that they canalso start a fire. But during a bad storm, there might not be phone service, and as a result, you won’t be able to get through to the fire department, and they won’t be able to reach your house. Also, fire hydrants might not be working. To avoid all these “worst case scenarios” use flashlights, which also produce more light than candles.

6. Never Do the Dishes
Once again, during a thunderstorm, never get anywhere near a tap, be it in the bathroom or in the kitchen. Keep in mind that touching an electrified faucet can lead to very dramatic consequences.

7. Never Evacuate During a Tornado
As soon as you hear a tornado warning, immediately hide, either in the innermost room of your house or in the basement. Seriously, I mean it, put down that car key, and do not try to outrun the destructive force of nature.

8. Never Run Generators Indoors
It may seem like a generator is one of the most irreplaceable things during a blackout caused by a severe storm. In reality though, the idea of using it indoors may turn out to be the worst in your life. A generator engine, just like any other combustion engine, emits carbon monoxide, a harmful gas that can cause a splitting headache and make you pass out. In most cases, people rarely survive big doses of this gas.

9. Never Leave Your Pets Outside
Of course you shouldn’t! Bring your animals inside during a thunderstorm; that’s the only way to keep them safe. If your dog is chained to a tree, and lighting hits it, your pooch won’t survive the electric current. A doghouse isn’t proper protection either, especially if it’s made of wood, which burnsunnervingly fast.

10. Never Stand Near a Window
And no, it’s not because of the lightning. Contrary to popular belief, by standing at the window during a severe storm, you put yourself at risk of getting hurt by shattered glass. Even though this material doesn’t conduct electricity well enough to hurt you, the force from the strike can shatter the window. On the other hand, some windows do contain metal parts that conduct electricity. In this case, if you touch them or stand too close when lightning strikes, you um, can get a charge out of it.

11. Never Open a Window
If you’re one of those people who believe that opening windows during a storm equalizes the pressure and prevents them from shattering,it might be time to revise your beliefs. Experts state that this is nothing but a myth, and all you’ll achieve by opening the windows is letting fierce winds into the house.

12. Never Keep Your Laptop Plugged
If you need to do some urgent work on your laptop, and a storm is raging outside, make sure that your computer isn’t plugged into the wall. Just like with a corded phone, an electric current can rush through the power cord and not only destroy your device, but also hurt you. By the way, if power is lost, go and unplug all the electric devices in the house. Otherwise, when the power is restored, a power surge can cause damage to your appliances,or even lead to a fire.

13. Never Overuse Your Fridge
First of all, the fridge is just another kind of electric appliance you should stay away from during a storm. Secondly, if there’s a power failure, you’ll want to keep your fridge as cold as possible for as long as you can, right? But every time you open it, it gets warmer and warmer inside.

14. Never Board Up Your Windows
The right time to board up your windows is before a storm arrives. But if you wait until the last moment, gusts of wind can blow the boards out of your hands,turning them into life – threatening projectiles. Try to find out the weather forecast for the next couple of days in advance, and if a severe storm is approaching, board your windows up beforehand.

Related :  How to survive a SHARK attack

15. Never Turn Your TV and Radio Off at Once
You’re relaxing on the sofa with a remote control in your hand and your favorite TV-show on the screen. But suddenly, an urgent voice interrupts it to announce that some severe weather is coming. Do NOT turn your TV or radio off immediately, and listen to the weather updates. Remember that paying attention may save your life.

16. Never Use a Charcoal Grill Indoors
Imagine there’s a blackout, but you’re terribly hungry. But hey, there’s a solution! Why don’t you just start a charcoal grill in the middle of your living room? Well, I sincerely hope you’d never entertain this idea, because using a charcoal grillin doors can end up in tragedy. While functioning, the thing emits lethal carbon monoxide gas that takes people’s lives discreetly and quickly.

17 Never Touch Concrete Structures
The problem with concrete floors, walls, and buildings is that they often have metal bars or wires going through them. So, if you don’t want the lightning to get to you, avoid standing next to concrete structures or leaning on them.

18. Never Do Anything That Can Lead to Injuries
When a storm is raging outside, try not to get engaged in any risky activities. Power failures mean delayed ambulance service and crowded emergency rooms. Severe weather is one of the worst times to get hurt, so, don’t take your chances.

19. Never Get Locked In
You probably know that garage door openerstend to lock up as soon as the power is off. Luckily, there’s a special cord which releases the door from the opener in case of an emergency. Figure out where this cord is and show its location to your family members. This way, you’ll be able to get inside the garage and drive your car out if you need to evacuate.

If you have any tips on staying safe in severe weather that I haven’t mentioned in the video, let me know down in the comments.