20 Different Hospital Food from Around the World – Yes, talking about food today!. Oh, you say it’s the stuff they serve in hospitals across the globe? Eck… Actually, some of these countries might make you reconsider everything you thought you knew about hospital food!, Wait until you see what the Japanese are cooking up for their patients! But first, let’s start right here in. 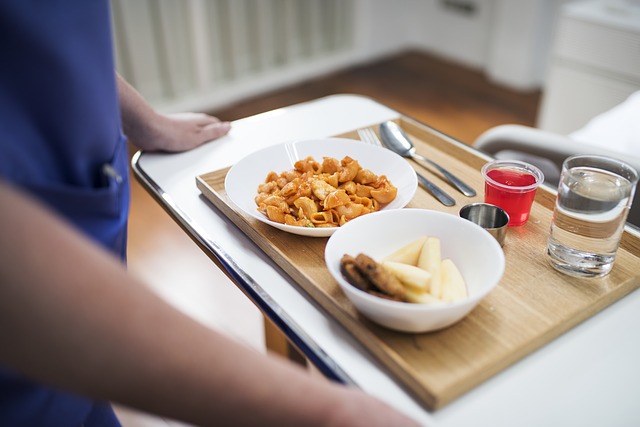 1. The United States
Many U. S. hospitals seem to have the same staples: Salisbury steak, mashed potatoes, mixed veggies, and yogurt.  Another day it might be chicken potpie with a chocolate chip cookie for dessert.  It seems U. S. hospitals try and cover the main food groups – a starch, a meat, a vegetable, some dairy, and a fruit. And, of course, just like the other countries on this list, a lot of the time the meal will change depending on the hospital, season, time of day, and the patient’s condition or dietary requests.

2. Switzerland
Quiche, some type of fruit-and-nut salad,and a dainty dessert would be a common meal at a hospital in Switzerland. There are different meat and cheese combos you could choose for your quiche, as well as different salads if the nut-and-fruit mixture isn’t your thing. Hey, where’s the chocolate?.

3. Italy
An Italian hospital would serve you gnocchi (that’ a delicious potato or flour dumpling served in a finger-licking sauce), whole fruits , and good old-fashioned water. This would be more of a lunch option. But for dinner, of course, you’d find pasta on the menu, but as a side!, The main course would be seasoned sole, veal stew, or chicken with lemon. Then you add your pasta, cooked veggies, a slice of bread, and coffee or tea to drink. Nice!.

4. Germany
The Germans like their “hot meal” in the middle of the day, with breakfast and dinner being a little simpler. The same holds true in their hospitals. Breakfast would consist of bread, a meat, and a cheese. Dinner would be pretty much the same thing. In a German hospital, your hot and hearty lunch may consist of breaded quark (a smooth, creamy cheese that’s even thicker than Greek yogurt), a vanilla sauce, applesauce, and another fruit. Vegetable options would include broccoli or zucchini. Yum.

5. Russia
In a Russian hospital, you might get a bowl of oatmeal with yogurt or cottage cheese as a side and a cup of tea or coffee to drink for breakfast.  Come lunch or dinnertime, some popular staples are hot dogs with buck wheat or macaroni. Soups, chicken and rice, white or black bread with butter or cheese, and all kinds of salads are also quite common. The surprising thing is that most hospital shave a cafeteria area where you get served “school lunchroom” style – not all patients get meals delivered to their room.

6. Australia
What about Down Under? Apricot chicken, lambtagine, and pumpkin soup are some of the more exquisite finds you might see on an Australian hospital menu. They also love their spreads, especially Vegemite!. It’s made from yeast extracts, vegetables, and spices. They say it tastes like beef bouillon. Anyone down in the comments ever had this stuff?.

7. Thailand
In Thai hospitals, a boiled rice porridge dish called jok is often given to sick patients for breakfast because of its mild flavor and smooth texture. Lunch may consist of a hearty soup and a slice of bread with jelly – again,something that would go down easy. Dinner is the main show – you’d get to enjoy an amazing Thai noodle soup in a delicious broth seasoned to perfection!.

8. Norway
Most main dishes in Norway—even for a hospital—are going to be locally sourced, with meat consisting of elk, beef, or even reindeer!. Sorry about that Prancer. You might find yourself staring down at a tray with a single beef cutlet with caramelized onions on top, a side salad, a piece of bread and butter, and a cup of coffee to wash it down. Potatoes and cabbage are also common side dishes.

9. South Africa
A hospital breakfast in South Africa doesn’t sound too different from what I eat every morning!. Poached eggs, sausage links, toast,a slice of tomato, and coffee. (Ok, I like my eggs scrambled, but still…) For lunch or dinner, you may get chicken with rice and lentils, mashed root vegetable, and milk. Sounds delicious and nutritious!.

10. Israel
Israel has really stepped up their hospital food game. Since 2013, they’ve been focusing on meeting those recommended dailies, offering patients plenty of options, and, of course, doing it all without giving up taste. So for breakfast, you’d be served whole-wheat toast, fresh veggies, eggs in any style you like, cheeses, and oatmeal with jam.  For lunch, there’s chicken or fish fillet with cooked vegetables and a baked or mashed potato, couscous, or buckwheat on the side.

Related :  Why 98% of People Believe Everything on the Internet

11. Canada
As for my neighbor to the north, a meat, noodles, macaroni and cheese, peas, or carrots would probably appear on your menu in a Canadian hospital. Also, like in a lot of places, the food is usually frozen and sent to the microwave to save time and resources. Locals say it doesn’t taste great, but the good news is that they’re trying to improve the situation. I hope they at least serve fresh maple syrup there!. Mmm… ooh, and Canadian bacon!.

12. Japan
True to Japan’s stellar food reputation, Japanese hospital food is a lot like a gourmet meal. Hot soba noodles, chicken in a mushroom sauce, and a daikon carrot side salad is just one example of a delicious-sounding hospital meal!. Patients are also offered a small afternoon snack, such as a cream puff or a slice of cake with tea.

13. India
Just like in Japan, the people of India take their hospital food pretty seriously. Indian hospital food may include fresh, seasoned Chicken tikka masala (a traditional dish that put this country on the food map), fresh naan bread, a variety of healthy curries and soups, and fresh veggies. Some hospitals will even cook their dishes in the traditional tandoori style, which uses a special clay oven!.

14. Mexico
Hospital food in Mexico does not disappoint!. Just a few delicious items on the menu include aguas frescas, home made sopa de fideo (kinda like Mexican chicken noodle soup), grilled chicken with rice, and plenty of fruit!. Breakfast would include a choice of a freshly squeezed juice and an omelet with diced tomatoes and greens. Yum! Can I get some flan for dessert?.

15. Spain
Spaniards have a pretty high expectation when it comes to food, and this goes for hospitals as well.  Dishes come to you piping hot and are cooked from scratch! A standard offering would be your choice of meat – chicken,fish, or beef – cooked vegetables, and a starch. You may also be offered a delicious and hearty stew chock-full of veggies and potatoes in a comforting broth. In Spain, it’s all about quality!.

Related :  Is There Life After Death?

16. Greece
You’ll eat the Mediterranean way at a Greek hospital. Healthy offerings include beans cooked in olive oil, a frittata (which isbasically an omelet with your choice of meats and cheeses), veggies in a tomato sauce with herbs, and Greek yogurt of course!.

17. Poland
In Poland, the hospital meals are rather dainty:bread and butter, half a cucumber, and a piece of sausage. This would be your breakfast. For lunch, you may get a ham and cheese sandwich, another meat choice, more cucumber, and hot soup. Not bad, especially if you like cucumbers!.

18. Malaysia
In a Malaysian hospital, there are two diet options: standard and therapeutic. The therapeutic diet just refers to modifications that need to be made due to the patient’s needs, such as a lactose-free diet or a liquid diet. A patient may also request their food to be spicy, non-spicy, or vegetarian. A patient on a standard diet may be offered lean meat or chicken, fish and shellfish, fruits, leafy vegetables, and either regular or low-fat milk. Looks like they’ve got all the food groups covered here!.

19. The U. K.
A typical hospital meal in the U. K. may be some roast beef, roasted potatoes, green beans, cheese, a white roll with butter, and peaches in cream. So, repeating pattern of all food groups being covered.  U. K. hospitals also offer “snack boxes” if a patient misses a meal. This might consist of a cheese sandwich, crisps, a juice box, and a chocolate bar. Yea, chocolate!.

20. France
So, does the hospital food meet the prestige of fine French cuisine? You bet your buttons it does!. In a French hospital in Paris, you’ll be served a smoked salmon salad, chicken with a baguette, and a slice of pie! Lean meats such as that salmon and chicken are great for a healing patient, as are the veggies in the salad. This meal sounds filling too, finishing off with a sweet treat to warm the soul. Mmm, bon appétit and get well soon too all the fine hospital diners over in France!, Of course, one video isn’t enough to cover all the countries in the world.

So let me know down in the comments: what food do hospitals serve in your neck of the woods?.