20 Unknown Facts That Might Save Your Life One Day – Have you ever woken up with the thought that today you’ll face a life-threatening situation? Yeah me neither. I bet most people don’t even think about being in danger. But you know, you can’t predict when or where your life might be at risk – and it might happen when no one’s around to save the day. In this case, you’ll have to become your own hero, so learning some basic safety and survival tricks is absolutely crucial. 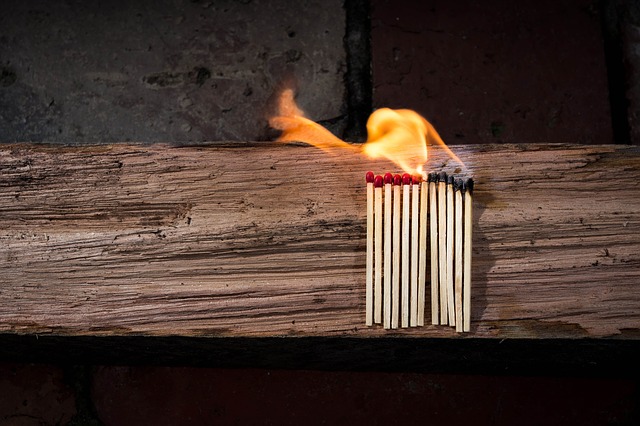 1. Never use bleach and cleaning products that contain ammonia at the same time and in the same room. Their vapors will mix in the air and create a toxic gas called chloramine. It can seriously harm your health, leading to problems with breathing. Keep in mind that ammonia is a common ingredient in window cleaning products.

2. The smell of urine or fish at home, for no apparent reason, should set off alarm bells in your head. It’s not that you have an incontinent fish. It means that the electrical wiring might be melting, which can lead to a fire, or even an explosion! Cut off the electricity until you figure out what’s happening.

3. Try not to leave a pan or a deep-fryer unsupervised. But if you did, and your cooking oil caught fire, do NOT attempt to extinguish this fire with water – it’ll only make the flames shoot higher! Instead, immediately turn off the heat and cover the pan with a damp cloth or a lid. It’ll starve the fire of oxygen, putting it out.

Alternatively, if a fire is still small and, therefore, manageable, dump a handful of baking soda or salt on it – it’ll smother the flames. A kitchen fire extinguisher can also be handy here.

4. If your car conks out in the middle of a railroad track, and a train is approaching, abandon the vehicle as fast as you can. After that, run away from the track, but toward the upcoming train. If you choose the same direction as the train is moving, you’ll find yourself in the path of your late car’s debris, and you’ll have to duck under the flying big pieces.

Related :  How to Survive High School: The First Day

5. The most common heat stroke symptoms are nausea and dizziness. But how can you be sure it’s a heat stroke if these symptoms are common for so many other issues? Well, eat something sweet, like a lump of sugar or candy. If the treat tastes disgusting, immediately seek medical help – you’re having a heat stroke!

6. Imagine your car got stuck far away from civilization, and you don’t have a phone or radio to call for help. In this case, a simple spare tire can save your life. While burning, it will produce thick black smoke visible from miles away, and chances are, somebody will notice your SOS signal. But remember this: never ever wander far away from your car. All too often, rescuers find undamaged deserted vehicles, while the drivers who’ve left them in search of help, don’t survive.

7. You’ve probably heard that lightning doesn’t hit in the same place twice. Well guess what, it’s just a misconception. The probability of a second strike is pretty high; that’s why you should stay away froma spot hit by lighting. The safest option is to lie down in some hollow in the ground, since lightning tends to hit higher grounds.

Get rid of all metal objects and your mobile phone. Three to four seconds before lightning strikes, you’ll feel a metallic taste in your mouth,and your hair will stand on end. Immediately sit down, bring your heels together, and place your hands on your knees.

8. If you suspect that some object might be electrified, but you have to check it, touch it with the back of your hand. This way, if your suspicions are correct, you’ll get a charge out of it, and you’ll be able to snatch your hand back. But if you touch this object with your palm, the electric charge will make your hand forma tight fist, and you won’t be able to draw back.

9. You can make a fatal mistake if you follow the popular misconception of trying to suck the venom out of a snake bite. The same goes for applying bandages and something cold on the wound, or burning it. What you have to do is to give the victim an antihistamine, make them drink a lot, and take them to a hospital right away!Never touch the area around the wound; otherwise, the venom will spread way faster.

10. If you’re calling an emergency service, first of all, give them your address. Only after that should you explain the reason for your call. In this case, even if something  forces you to end the conversation, the operator will already know where to send help.

11. If you get disoriented after diving and can’t figure out which way you should swim to get back to the surface, exhale. The bubbles will start to rise, and all you’ll have to do is to follow them.

12. Any scratch or bite received from a wild animal can lead to rabies. Within 10-15 minutes after the accident, you should thoroughly wash the wound and rush to a hospital. Every next hour lowers your chances of survival. Rabies is a fatal viral disease which is next to impossible to cure if too much time passes after you’ve come into contact with an infected animal.

13. If you’re crossing the road and see a bright sun reflection on the windshield of the oncoming car, chances are the driver won’t see you. Let them pass, even if, according to the road rules, you have the right of way.

14. Always plug your nose when you jump into a lake or a pond from high up, feet first. The water could be swarming with dangerous one-celled animals, and the most horrifying among them is something known as the “brain-eating amoeba. “If you don’t plug your nose, this amoeba can get into your nasal cavity with a powerful stream of water.

From there, it can reach your brain, and, as you may guess from its name, this won’tend well. On the other hand, if you simply swallow this one-celled organism, it won’t harm you whatsoever!

15. If you find yourself in a situation where you can only get out of your car through the window, grab the heaviest thing you can find, and aim for the edges of the glass, not the center. The windows are most vulnerable in the corners.

Related :  18 Best Things To Do In Your Free Time

16. It may sound bizarre, but a bottle of water can actually start a fire if it stays under direct sunlight long enough. In this case, the bottle will act as a lens, gathering all the heat in one spot. Never leave bottles lying around in a car on a sunny day, and keep them away from windows at home.

17. If you find yourself face to face with a tornado, and it seems to be hovering over the same area, it’s most likely moving toward you. Choose an upright standing object and focus on it. If the tornado isn’t moving to the left or to the right of the object you’ve picked,it means it’s moving either toward you or away. Don’t take any chances: run to the side of the monstrosity’s path.

18. A metallic taste in your mouth while you’re in a large body of water, or in a swimming pool screams danger. It means that somewhere around, there’s an electrical short circuit. Immediately get out of the water: if you touch the source of this short circuit, well let’s just say they don’t call it Fryday for nothing.

19. If your car skids, you can regain control of it by steering in the direction of the skid rather than against it. On top of that, the risk of flipping your car will be lower in this case. But the main thing: never slam on the brakes!

20. Admittedly, the chances that one day you’ll find yourself sinking in quicksand are pretty low. But if it ever happens: first of all, throw away all your belongings to make yourself lighter, all the while taking tiny steps back toward solid ground. However, if you’ve already sunk waist-deep, carefully lie down face up, as if you were floating on water.

It’ll disperse your weight and help you to stay afloat. After that, begin moving toward “the shore,” very slowly and with the help of only your legs. Don’t hurry; this process often takes hours.

How about you? Have you ever used any survival tricks to get out of a dangerous situation? Let me know down in the comments.