24 Proofs Your Body Is Really Special – During the Renaissance, European scientists and artists strongly believed the human body was the most wondrous and sacred thing in the whole world. And to this day, we only find more and more evidence that they were completely right. Check it out for yourself!

1. The strongest muscle.
It was believed for a while that tongue will beat pound for pound every other muscle in the human body. But here is another muscle you train regularly, and it’s the real champ – jaw muscle or the masseter. It provides 200 pounds of pressure, and in the world record case – all 975 pounds!

2. Your brain is the best video editor.
Your eyes are constantly taking separate pictures and moving all the time to make a full image of your surroundings. You don’t notice that because your brain makes it all smooth by stabilizing the image and editing different fragments into one seamless flow.

3. Your body is the whole world.
Don’t like the number on the scales? Give yourself a break. From 2 to 5 pounds of all your body weight doesn’t even belong to you but to microscopic life that lives inside us all. In the human mouth alone more bacteria live than people on Earth. But don’t panic – it’s absolutely normal and most of these tiny micro folks are entirely harmless.

4. You’re unique in more than one way.
There are no two identical brains in the world. Brain structure highly depends on conditions in which it develops and grows, and therefore we all have something individual to us even on a biological level. And just like your fingers, your tongue too has a unique print on it that won’t be like any other in the world. 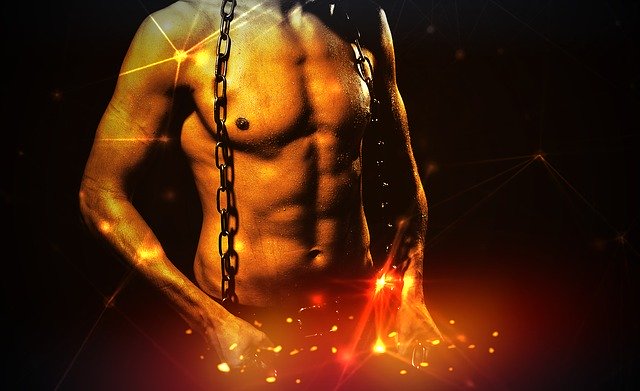 5. Hungry-hungry grey matter.
The brain takes only 2% of your whole-body weight, but it’s such a powerhouse that it requires 20% of the energy you consume. Even while you sleep!In fact, it’s even more active while it seems like you’re just resting or wandering in dreamland.

6. Half of you is your brain.
If you stretch DNA molecules from all cells in your body, the line will be twice as long as the diameter of the solar system. One DNA molecule will be 6.5 ft long, and it’s kinda impressive for something packed in the tiny fraction of a cell. And here is the most surprising thing – around 50% of all the genes in your DNA contain encoded information about your brain structure. 98% of your body takes the other half of the genes.

Advertisement
Related :  7 Reasons why Domain Squatting is Such a Big Business

7. Humans shed skin too.
And we’re kinda impressively good at that, we just don’t do it the same way snakes do. 1,000,000 – that’s a rounded-up number of skin cells your body sheds away every day. In fact, around 80% of all dust in your house is made of the stuff your skin doesn’t need anymore. Ew.

8. Your brain thinks roller-coaster is trying to poison you.
It may seem like feeling sick after a roller-coaster ride or after playing in VR is just what happens– just deal with it. But it turns out our brains are simply not adapted to this kind of dizziness and perceive it as the first sign that you probably ate something bad. This is why you feel sick – the brain sends signals to your stomach to make it get ridof some toxic stuff inside even if there is nothing in it.

9. Sugar bones.
Bones in baby fists are not fully formed until they turn 10. That’s because in infancy it’s very important for fists to be elastic, so a lot of bone tissue is replaced by cartilage in this period. Babies crawl using not only legs, but hands too, and that’s a lot of pressure for them. If babies had their fists fully formed, that would be dangerous.

10. Sweat has no smell.
It’s not the sweat that launches you to the bathroom after a good workout. It’s microscopic bacteria on your skin that interact with it. Don’t blame them!Some of the skin bacteria are good for us – they compete with other kinds of bacteria for a place to live in and scare them off, saving you from something like acne or some other kind of infection.

11. Pinkie toe is on its way to becoming history.
Pinkie toe lost all of its functionality a while ago – precisely when humankind started wearing shoes. It served the purpose of keeping balance while walking barefoot, but today it only stubs on furniture from time to time. Some time in the future it may well be that we lose pinkie toes through the evolutionary process. So this little piggy will go wee-wee-wee all the way home — no more. Aw.

Related :  7 things that can change your eye color

13. Adjustable volume.
When you scream or sneeze, your brain tries to protect you from the loud noise. It automatically turns down the volume in your head! Try it for yourself!Just don’t scream too loud for no reason, that’s weird.

14. People are still partly predators.
It’s not only canine teeth that we inherited from our carnivorous ancestors. Our senses are also similar to theirs. When we’re hungry, all our senses get sharper, you see in better detail, hear better, and most importantly smell better too, I mean with your nose. But as soon as we’re full, we relax because our body releases a lot of hormone of happiness– serotonin. It makes your senses dull and turns off the predator inside you.

15. Sneezing makes you happy.
Another way to make yourself happy without eating too much is to sneeze. Another happy-hormone endorphin is released with each ‘A-choo!’ you make. This is why you may have a funny feeling after sneezing several times straight. Endorphin also helps to trigger the immune system to fight any bad kind of bacteria,so it’s not only for fun, you know.

16. Your brain can’t be perfect, but it can deal with it.
There are neurons in the human brain that can catch any misguided signals or errors your brain makes. They stop the signal and override it into a correct one, this is why you’ve never experienced any problems with this.

17. Two compact but powerful filtering stations.
Human kidneys have 2 million little filters total, and are capable of filtering all the blood in the human body several times per day. They’re constantly filtering out any possible toxins that may be in your blood.

18. Smart fingers.
Until quite recently people believed that the only way our body deals with sensory information is by processing it in brain centers. But today we know that neurons in the skin of our fingertips are capable of processing information too. It’s not entirely clear how detailed this info is, but the fact itself is quite stunning.

19. Yawning is contagious for a reason.
We all know that if someone nearby yawns, you immediately want to follow suit. And there is no mystery in it!Yawning is a social reflex that appeared as a way for social animals to signal that it’stime to take a rest. Yawning also helps to ventilate the lungs and make your body relax overall.

20. You can’t tickle yourself.
When someone tickles you, your brain gets really troubled. You see, a tickling sensation is meant to warn you that something crawls on your skin,such as a bug, spider or whatnot. The natural reaction is to panic of course, but if you are aware that it’s not some kind of creepy-crawly, you will just break into laughter. And here also lies the reason why you can’t tickle yourself – you simply can’t fool yourself like that.

21. Where is your nose?
Most of the time you can’t see your own nose, but our eyes are placed in such a way they should actually see it. You simply don’t notice it! The reason is your brain that can just edit it out for your convenience.

22. You can smell with your tongue.
Apparently, your nose doesn’t smell all on its own. Your tongue has the same kind of sensitive cells that provide you information about the smell of food you eat. You can never be too informed.

23. Your nose warms up the air.
And it’s not the only reason why breathing through the nose is much safer than through your mouth. Your nose is a filtering station, heater, and moisturizer all at the same time. So when mom told you not to breathe through mouth she was absolutely right!