4G vs 5G Speed Comparison – Much has been said about 5G and how it will transform the way we use computers. Not only will the increased speeds make ordinary consumers happy when using their devices,but it will help usher in new technologies that change the world we live in. There’s also the fact that a lot of people are saying it could be dangerous, but we’ve covered that topic in another show.

Today we’ll focus more on the positives. First of all, when we talk about fifth generation technology and how fast it will be, well, that depends on where you’ll be using it; what network you are connecting to and how busy that network is. You can look at maximum speeds and average speeds of 4G and there is a huge difference.

The maximum speed for a 4G connection might be 150 megabits per second, but it’s not likely you’ll get that. We looked at cities in the USA and the highs and lows the people were getting, and the speed range was from around 13 megabits per second and 42 megabits per second. That is still a vast improvement on 3G and anything that came before that.

It’s said that when the USA fully embraces 5G the speeds will be much higher, but how much higher is anyone’s guess because again it depends on a lot of factors. Some experts believe the average speed in most cities might be somewhere between 130 and 240 Mbps, which is still far higher than folks were getting with their 4G. 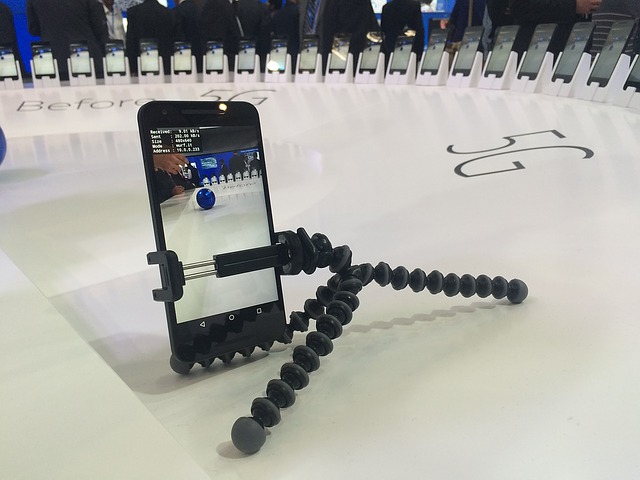 Again, the maximum potential speed is much higher, but that’s in theory. People won’t get the maximum. One pundit we read said people at the very lowest will get 50 Mbps, so whatever happens 5G will work better for them than 4G. You might be wondering, how will any of this affect me. How will my life change?One person asked that same question, and she went over to Germany to check out 5G in an area of one city.

She got a very fast connection and it measured 923 Mbps. What that means of course is that if you want to download a high-definition movie to watch later on, at that speed it should be finished in one minute and 20 seconds. That makes downloading easy. Moreover, if you are sending files over the internet it will get much faster.

That’s it really, for the average consumer, your downloading and uploading will be less of a pain. But there’s much more to 5G than you downloading movies. For businesses and not average consumers, it will mean if they use advanced tech things will run smoother for them. One person gave the example of sensors on machines that feed information back to people running those machines remotely from a device.

With 5G it will mean much more information can be sent at faster speeds, and so those machines function better. The experts say that 4G shouldn’t be compared to 5G, because the latter was developed mainly for mobile and the average consumer. 5G on the other hand, has been developed with bigger things in mind.

Such as the Internet of Things, when people will control many things from one device. Emerging technologies such as more advanced artificial intelligence will improve since more data will be able to move faster, with one tech pundit saying, “It will transform industry”. It will help create what are called “Smart Cities”, cities which more than ever relyon the movement of massive amounts of data.

Another person gave the example of agricultural practices improving. Smart farming might employ sensors to do things such as measure the health of cattle or send images of crops to computers where that data will be analyzed among other large amounts of data. Researchers in the UK wrote that 5G will offer the potential for more artificial intelligence in the home.

Related :  How to Navigate iPad Pro With Gestures

This could improve healthcare given that sensors in the home of people that are unwell can send data to a machine. If there are signs of something going wrong someone can be notified. Bloomberg wrote in 2019 that when 5G is fully up and running emerging technologies such as self-driving cars will finally be able to come to fruition, meaning we will start seeing more of them on our streets.

This great leap forward, said Bloomberg, will transform many industries. So, for you as a consumer, perhaps it will mean better transportation, or improved healthcare,or safer cities. Much has been said about automation in the office, meaning machines doing the jobs people used to do.

The same goes for in the factory. 5G will help connected machines to run faster, so something that used to be watched over by a technician will be observed by sensors which provides feedback to a computer. The bright way to look at this is that technician can do a lot of other things. There are some fears of course about when machines get this clever.

People have said that when weapons are fully autonomous, what if they get hacked. Or is it unethical to let a machine decide to fire on a target. Also, in a world full of sensors and cameras, will the public feel like they are continually under the eyes of Big Brother. Will surveillance technology start to feel oppressive? It’s going to get better, that’s for certain.

5G will make it possible. But a lot of people do think it will improve our lives. One analyst wrote, “The profound effects arising from these innovations range widely– from the positive impacts for human and machine productivity to ultimately elevating the living standards for people around the world”. Right now some experts says that by the time we reach 2025, 5G will cover two thirds of the world.

Related :  How to Use WhatsApp Web on Desktop or Tablet

This prediction was made by Swedish telecoms firm Ericsson. It’s reported that China is now even working on a 6G network. There’s been a lot said about China, because one of its companies called Huawei is developing 5G networks in other countries. The USA has said asking this company to develop the networks could spell trouble, stating that there’s a potential for national security risks.

Nonetheless, from what we can see, the company has signed many contracts to develop 5G infrastructure. As we write this there are reports stating that the USA and China are both fighting in this competition to have dominance in the 5G market. Some people feel that while China seems to be moving faster in terms of developing these networks, the U.S. is ahead in terms of creating the applications that will run on them.

We might look at virtual reality, or autonomous vehicles, which are areas the U. S.  seems to have dominance over China. CNBC talked to one analyst who said there is no doubt China is ahead in laying down 5G infrastructure, but the U.S. can concentrate on developing software that will run on it.

Saying that, while we are writing this show, Reuters cited a study that the USA will be among the fastest countries to build super-fast 5G mobile networks. The other countries were China, Japan and Korea, with the article saying Europe was moving at a slower pace. How do you think 5G will change your life? What’s the first thing you’ll stream on the blazing fast network? Tell us in the comments.