7 Nutrition Rules We Can Learn From the Japanese – According to the World Health Organization, Japanese people have the highest life expectancy in the world, 83.7 years. They also have one of the lowest obesity rates, in Japan only three-point eight percent of men and three-point four percent of women are obese. Compared to the United States where it’s 37.9 percent of men and 41.5 percent of women a huge part of why Japanese people live so long and why they beat most countries with regards to health is their diet. So, keep reading to learn how to slim down like the Japanese. 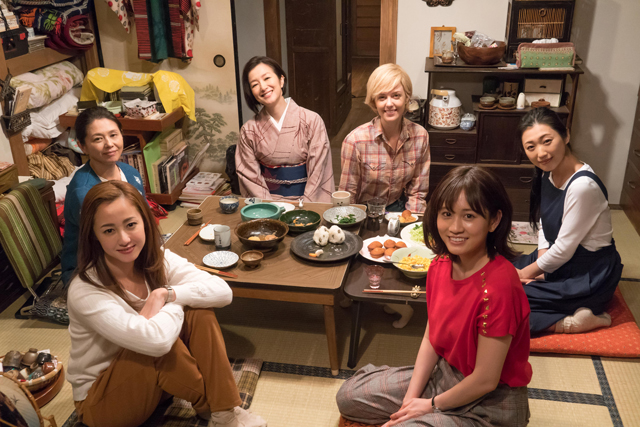 7 Nutrition Rules We Can Learn From the Japanese

So, have a seat at the kitchen table and check out these seven nutrition rules we can learn from the Japanese.

1. Following guidelines
In 2000, the Japanese government published dietary guidelines for the Japanese, a few years later in 2005, the Japanese food guide spinning table was introduced to the public to recommend dietary rules. The spinning top design was meant to look like a popular toy and help educate children and the public at large about healthy eating. The government took an active interest in people’s health and it paid off.

The Japanese food guide spinning top recommends a diet that’s high in carbohydrates from green dishes, vegetables, fish and meat. The diet recommends that milk products and fruits be consumed in moderation. As such the Japanese diet is low in saturated fats and salt, processed foods, sweets and drinks that contain a lot of sugar. The high carbohydrate content of this diet allows the Japanese people to maintain a good amount of energy throughout the day, and not suffer from feeling hungry.

2. Portion control
The spinning food top guide also has recommendations when it comes to serving sizes, the size of each portion depends on the age and gender of a person, so the guideline is just an estimate. On a regular day, a person should consume 5 to 7 green dishes like rice bread noodles and pasta. 5 to 6 vegetable dishes of different varieties 3 to 5 fish and meat dishes to milk products like milk and cheese and to fruits.

Related :  Why No One Should Swap Seats on a Plane

Now if this sounds like a lot of food to you keep in mind that the portions in Japan are much smaller than in the United States. For example, when you think of a dish of pasta you might imagine a full plate covered in delicious chicken fettuccine alfredo, Large enough that you’ll have leftovers. But a Japanese pasta dish is more likely to be a small portion, served in a small bowl and cooked with healthy oils and vegetables. So, to slim down like the Japanese start by following their food guidelines and be mindful of portion size.

3. A focus on eating
In Japan, it isn’t only important what each person eats but how they eat it, some Americans have the habit of eating on the sofa while watching their favorite TV shows. Doing this makes the experience of eating compete with the experience of watching entertainment. In Japan, people sit down at a dining table, because eating is an experience that they believe should have their full attention, as such its traditional for the Japanese to enjoy their meals.

This means that they are way more mindful about everything they ingest and are not prone to overeating. If they feel full they catch it early on because all their attention is on their food. Another reason why they eat at the dining table is that dinner usually involves a lot of small plates. Imagine trying to carry and balance all those small dishes on the sofa, if you want to eat the Japanese way this gives you a great excuse to update your tableware by purchasing lots of small dishes.

4. A focus on fresh products
The Japanese diet places a focus on buying locally sourced foods, mmm… people are advised to pay attention to seasonal foods and incorporate those ingredients. keeping ready-made food in the refrigerator for a long time and cooking in advance is not something that is considered healthy in Japan.

Related :  How Likely Are You to Die During a Black Friday Sale?

7 Nutrition Rules We Can Learn From the Japanese

5. Balanced meals
Every meal in Japan should be well balanced and contain products from several food groups. For example, a typical school lunch in Japan consists of rice, meat or fish miso soup a glass of milk and a piece of fruit. This is a world away from a slice of pizza a hamburger or a sandwich with chips for lunch.

If you’re used to having a meal comprised of one particular food group, it’s time to change things up. The Japanese are great at adding multiple side dishes to their main dish. For example, instead of eating something like fish and chips, they’d have fish, rice, a cucumber salad miso soup, and green tea, All in small portions.

6. Variety
The Japanese diet might sound restrictive to a foreigner but not to a Japanese person, for the variety is key. In terms of fish, they eat shrimp, trout, salmon, and tuna. Fish can be cooked in a variety of ways and the Japanese enjoyed grilled, baked, fried in soup or eaten raw. When it comes to animal products they enjoy beef, chicken, pork, duck and eel. So, they don’t have to worry about boring meals, they also take joy in cooking at home and keeping dishes interesting.

This variety is also seen in the way they present dishes, setting the table with many beautiful plates is a feast for the eyes. If you want to adopt the Japanese focus on the variety you’ll have a good motivator to get creative with the ways you prepare food and you can impress your guests with a way you decorate and set the table.

Related :  These Countries Have Been Proven To Have Most Beautiful Women Statistically

7. Educating children
Do you remember nutrition classes in school?, in Japan a conscious attitude toward nutrition is formed in elementary school. According to Masahiro Oji a government director of school health education, Japan’s standpoint is that school lunches are a part of education. As such lunch isn’t just a break but an opportunity to teach children the value of healthy eating, they learn to be self-sufficient as many schools have the children serve each other meals and clean the tables themselves.

Also during lunchtime, nobody hurries them to finish their meals. According to Weston a price foundation, during nutrition classes school children are encouraged to eat 30 different foods a day and to try to eat 100 different foods every week. With this early education, the Japanese people grow up with a very strong focus on balanced healthy eating. If you didn’t grow up with such an education, there’s always time to learn about nutrition and make the necessary changes in your life.

Anyone can follow the nutritional system of Japanese people if you do and you pair it with a good level of daily physical activity you’ll see numerous positive results in your health. Around a decade after the food guidelines were introduced to the Japanese public, researchers from the National Center of global health and medicine in Tokyo ran tests to see if the guidelines were successful. The results showed that the mortality rate for people who followed the guidelines was 15 % lower than those who didn’t pay attention to the recommendations. So, as you can see in addition to slimming down you can add a few happy years to your life by following the Japanese way of eating. – 7 Nutrition Rules We Can Learn From the Japanese