7 Sure Ways to Survive in Any Critical Situation – You might always not have an emergency kit with you, but there’s one thing you, me,and probably most other people on this planet will not leave the house without! That’s right, our underwear. Oh yeah, and we also won’t leave our phones! Yeah, you might be addicted to your phone, but, hey, it could end up saving your life in an emergency!

Now, assuming you’ve gotten yourself into a sticky situation that calls for quick thinking and some sharp survival skills, I’m going to assume your phone has some juice in it until the battery dies. So feel free to call me Captain Obvious, but I’ll say it: first and foremost, you can call emergency services! But let me add to that before you say “Uh, duh!” and cancel me forever.

You can call 911 in North America or 112 in Europe even if the phone is blocked, deactivated, or it has no sim card inside! Another cool thing is that every cell phone is constantly looking for a nearby tower so that it can keep its signal. And that’s true even when you’re on the move. So, once every couple minutes, it sends a ping to the nearest tower. 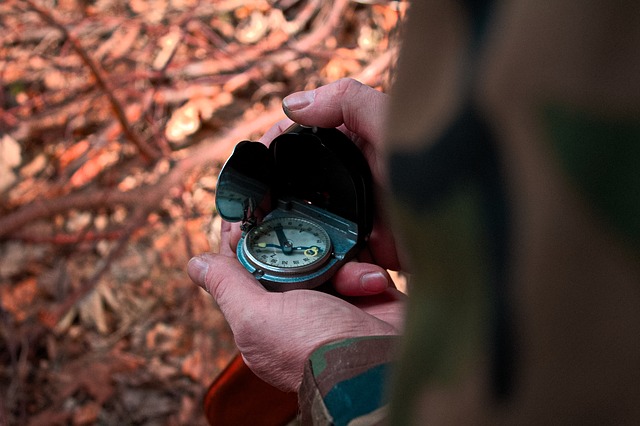 When it does find one, it’ll be enough for emergency services to find your location within a mile. If your battery’s running low or you don’t have a signal now, text as many contacts in your phone as you can, giving your last known whereabouts, what happened to you, and how you feel. Once asignal appears, the phone will immediately send the text.

But let’s go a little more extreme. Imagine your phone has run out of power. If you can’t use it as intended, then just take it apart! A smartphone is full of survival treasures:the screen, wires, battery, chips (not the edible kind, unfortunately). All of them will make your life much easier if you’re alone in the wilderness with nothing but a dead phone in your hand. So, it can serve as…

1. Pocket-sized storage
You can use your phone or the case as a storage box for some small items. It can be a razor blade, a needle, a fishing line, or a short survival instruction in a plastic bag. That paper can also be used later to start a fire! Or, ya know, you can use the phone itself…

Related :  What to Do When You See a Suspicious Stranger

2. A fire-starter
Fire is your best friend when you’re stranded out in the wild. You can make a smoke signal with it, cook your food, protect yourself from predatory animals, and, most importantly, keep warm! Almost any battery, including the one in your smartphone, can be used to start a fire. First, see to it that you have everything you need at hand: a battery, a wire, and some tinder for your fire.

Put one end of the wire on the positively charged node of the battery and the other on the negative one. It’ll immediately glow red-hot, so your time is limited! Also, you’ll only have one chance.

3. Reflecting an SOS signal
Of course, most smartphones today have a built-in flashlight, so that can really come in handy when you’re in an emergency situation at night. But remember, your battery’s dead, so how can you send an SOS? Easy – use the screen to reflect sun- or moonlight. Sun reflections can be seen over long distances, just like a flashlight! But, still, you have to be pretty accurate if you want someone to see it.

Let’s imagine you’re stranded somewhere and you see a ship out on the water or a plane up above. First off, make a peace sign with your index and middle finger. Stretch your arm out and hold that “V” out in front of you. Then, put the plane or ship you’re sending signals to between these two fingers. You’ll want to direct the light there. To be extra sure that they know you need help, it’s good to remember the Morse code for SOS: it’s 3 dots, 3 dashes, and 3 more short dots.

4. Navigation
Your battery is out of juice, so your GPS app can’t do much at this point. Don’t panic! You can just make a compass with your phone, Mac Gyver-style! Even the oldest cellphone models have a magnet in them and a piece of wire that can serve as a needle for the compass. You’ll need about ½ to 1 inch of a metallic wire. Put one of its ends on the magnet to, well, magnetize it!

Related :  How To Survive Inside Prison

Don’t forget which side of the wire you magnetized – that’s crucial! Then you’ll need a small piece of paper or a dry leaf, not much bigger than the wire itself. Put the wire on the leaf and let it float in a clean puddle. Make sure there aren’t any metallic objects nearby or it’ll ruin the whole thing. If you’ve done everything right, the magnetized part of the wire will point North within a few seconds!

5. A weapon or sharp tool
Phones are full of hard metal parts that can be sharpened on a rock and used as a weapon or knife. And a sharp tool like that can bea key to surviving in the wild. You can cut branches to put in your fire, scrape tree bark to use for tinder, and cut roots to use as rope. You can even attach your little “blade”to a stick or small branch, and now you’ve got a fishing spear! Or, again, a pretty hardy weapon to protect yourself from wild animals!

6. Fishing hooks
If you don’t think you’re fast enough to “spear” your seafood dinner, then use some of those small sharp pointy parts in your phone as “hooks” for fishing. You can attach the part to the end of a piece of string or rope, put a worm on it, and there ya go! If you’ve got enough supplies, you can even set up several of these bates and go about your business while dinner catches itself!

7. First-Aid
If you’ve got a bad cut on your arm or leg,you can use the cable to your ear- or headphones as a tourniquet to stop the bleeding. (Ok,it might not be part of the phone itself, but, come on, you probably have your charger or earphones on you too!) Anyway, hopefully you’ll never have to use any of these tips, but especially this one because you have to be extra careful when it comes to using a tourniquet.

They’re only safe to use for arterial bleeding. That’s the bright red pulsating kind – versus venous bleeding, which is darker and comes out in a steady flow without pulsing. If it’s your last resort: then first put a piece of cloth on your skin about an inch above the wound

Related :  What You Must Know to Survive a Tsunami

– The cloth serves to protect your skin. Then, take your headphone cable and wrap it around that spot nice and tight. If the bleeding stops within 2 minutes, you’ve done everything right! Just never keep a tourniquet on for more than 1-2 hours. Otherwise, you can starve your tissues of oxygen, and you definitely don’t wanna do that…

Hopefully your struggle for survival never gets to that point, and maybe the following apps can keep that from happening! Family Locator and similar apps link the phones of your family members into one network. It’ll show your location on a map so that your loved ones know where you are and how to find you.

– Emergency apps like SOS+ let you push an alarm button on your phone so that all the people in your emergency contact list will know that something has happened to you. An advanced version of this app will also call emergency services.

– There’s an app called Save Me Pro that lets you call 911 without having to actually dial the number! You just push the on/off button 8 times, and the call goes through.

– If you’re heading to the mountains, be sure to download the Uepaa! app (however the heck that’s pronounced) that lets your smartphone work as a transmitter that sends a signal for up to 1,500 ft. If the app recognizes that the user hasn’t moved for a long time, it’ll automatically send an SOS signal to all available devices!

– And, finally, Facebook Safety Check works automatically if you have the Facebook app on your phone. The app determines if you’rein a disaster zone and sends you a special request. All you have to do is answer if you’re safe or not, and this answer will appear in your friends’ news feed as a notification.

So, if your phone is full of games and social media messengers, maybe check out the app store and download one that’ll help keep you safe in an emergency! It’s always better to be prepared ahead of time so that you don’t have to take your phone apart in the ultimate fight for survival! Still, who would’ve thought your phone could do all that? Prettycool.