8 Popular Foods We Don’t Eat Anymore – now if you were to open up your fridge or pantry right now, what are the chances you’d find some bottles of Sunny D in there, how about a fresh batch of congealed salad, why are these foods so unpopular when just twenty to forty years ago they were flying off the grocery store shelves. Well, let’s take a walk down memory lane and learn why these once beloved foods disappeared from our kitchen tables forever, Bon Appetit!. 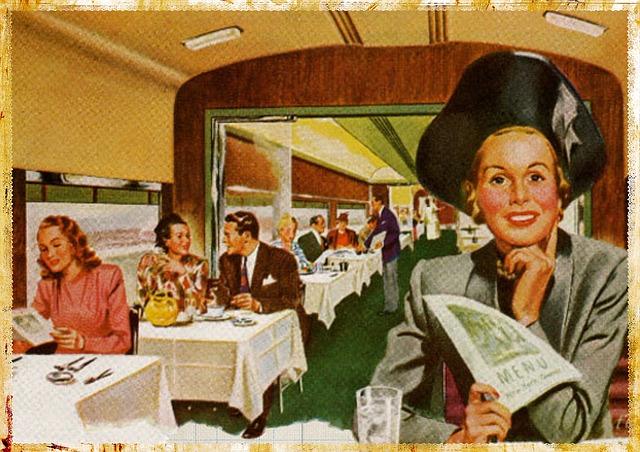 Counting down from number :

8. TV Dinners
Look, after a long day of work the idea of slaving in the kitchen whipping up dinner sounds awful, that’s when frozen food comes to the rescue, well today it’s not uncommon to store veggies or pre-made pizzas in the freezer, you’d be hard-pressed to find classic TV dinners in their. TV dinners first stepped onto the scene in the 1950s, when Swanson was looking for a way to sell their Thanksgiving food leftovers, they came up with the idea of serving ready-made food frozen on a convenient tray, these TV dinners became quite popular and were a quick and easy way to serve dinner to the family.

According to the Atlantic, Swanson sold around 25 million frozen meals in 1953, which was when they first started to become popular and it changed the dinner game forever. Over the next five decades different food companies began selling their own versions of TV dinners, like hungry mad and Lean Cuisine, remember those?, well some of these frozen dinners still sit in popular supermarket freezers today, they’re not anywhere near as popular as they once were, that’s because in the last 10 years or so, an emphasis on the benefits of fresh food has swept the nation and more and more people are opting to be health-conscious. Sure they may not have been that good for you but were they fun to eat in front of the TV.

7. Congealed Salads
Have a weak stomach then you definitely don’t want a googol congealed salad recipes, congeal salads are made with gelatin, you’ve had jello before. If you ever ate dinner at your grandma’s house as a kid you probably tasted the stuff once or twice, gelatin was first used in dishes back in medieval Europe and was partly made from the collagen in animal bones, it sounds appetizing doesn’t it. Gelatin became really popular during the 1950s when the processed food industry was thriving, this new instant gelatin was incredibly convenient, since it was a great way to use leftovers, you could literally turn any food into a congealed salad from fruit and yogurt to meat and vegetable mixes.

Yeah… I’m talking tomato, turkey, and lettuce in a jello mall, it’s really no surprise that these gelatinous concoctions went out of style, but around the 1980s eating fresh healthy food was becoming more popular, sugar fill congealed salad were no longer as desirable, jell-o and other gelatin products started being marketed more as a snack or dessert and were considered a sweet food exclusively. However there are still parts of the U.S. that hold congealed salads dear even today, according to SeriousEats.com many communities in Utah still feature jell-o dishes at many of their family events, and not all of them are sweet. In 2001 Utah even named jell-o as its official state snack.

6. SunnyD
It seems like orange juice has always been a staple breakfast beverage, and there have been many different takes on it over the years. Back in 1968 many kids could be seen sipping on a cold bottle of Sunny D, also known as Sunny Delight as part of a well-balanced breakfast, and it was anything but Sunny D tasted super-sweet because it was primarily made of corn syrup and contain less than 5% juice, this highly processed drink was incredibly unhealthy, yet lots of people loved the stuff.

In fact, in 1998 the drink became so popular in the UK that it came in as the third most popular drink behind Coke and Pepsi, but the juice started to get a bad rap from organizations like the food Commission, who called the drink a con due to its lack of nutritionists value, something their advertising campaigns didn’t quite convey, this stuff was way worse for you than regular orange juice.

In 1999 a young girl in Wales started to turn a yellow hue after drinking way too much Sunny D, this was due to an overdose on the beta carotene the juice contain, needless to say this sweet orange juices days in the Sun were over, after so much bad press Sunny D lost his popularity. Well it’s still sold in some stores in the UK in America it has a pretty awful reputation.

5. Hi-C
Remember finding one of these bad boys in your lunch box back in grade school?, chances are you haven’t seen a hi-c juice box in quite some time, since 2001 to be exact. That was the year this drink was discontinued according to mashed.com, while it appeared on the scene for a moment as a promotional drink for the Ghostbuster reboot and in the McDonald’s soda fountains until 2017 it’ll be tough to find it in stores nowadays, this drink was mostly taken off grocery store shelves due to its high sugar content.

One hi-c wild cherry juice box contained a whopping 27 grams of sugar, which is more than the American Heart Association recommends grown women ingest in a day, and these were intended for kids. Yow… additionally the juice boxes themselves were anything but eco-friendly since one of them could take 300+ years or more to disintegrate, it seems that just like many other kids sugary drinks of the 25th century, I see just couldn’t keep up with the times.

4. Bubble Tape
No matter what decade it is kids love bubble gum, and back in the late 80s and 90s bubble tape was a fan fave, this form of hubba bubba bubble gum was super fun to eat, since it would roll out of its dispenser just like tape, so what the heck happened to the stuff. Well, ever since sugar-free gum became more popular and oral health became more of a priority this sugary sweet gum just wasn’t as desirable anymore. But don’t worry, if you want to take a trip down memory lane you can still find bubble tape at various candy stores, but don’t blame me when you need to make an emergency trip to the dentist.

3. Ambrosius Salad
What foods come to mind when you think about backyard barbecues. Hot dogs, potato salad, corn on the cob, and broach the salad. Wait, what was that last one and Brosius salad was usually found at family gatherings back when you or your parents were younger, while families tend to have their own unique recipes for the dish they typically included some form of whipped cream, cream cheese, jello, and bits of fruits like oranges cherries and pineapples.

This sweet salad actually came onto the scene back in the 1800s and usually featured special sweet treats that only appeared on special occasions like Christmas. Over time ambrosia salad became popular in different parts of America, most notably in the south, while you can still find some families including ambrosia salads into their Easter, Christmas, or summer barbecue spread. Its popularity has dwindled significantly, probably because it isn’t the healthiest. Between the jello whipped cream and processed fruits this thing is practically a big bowl of sugar.

2. Crisco
Back when you were a kid your mother’s kitchen, your neighbor’s kitchen, and certainly most restaurant kitchens contained Crisco. A solid form of hydrogenated vegetable oil, in simpler terms it was a big old tub of trans fat, well this sounds pretty disgusting and it is. It made its way into a lot of the foods you love to eat, this lard alternative could be found in baked goods, as well as salty fried foods.

It was originally marketed to be a healthier alternative to lard, however once people realized how bad trans fats were for them during the 90s, Crisco stop being used as often. It hasn’t been completely taken off grocery store shelves but with so many other cooking ingredient alternatives, people tend to steer clear of the fattening stuff. So unless you want to clog up those arteries there’s really no reason for Crisco to come back into style.

1. Cottage Cheese
Well you can still find cottage cheese at your local supermarket it’s not as highly regarded as it once was. Cottage cheese has been around for a long time, many people believe that cheese got its name thanks to the fact that it would often be prepared in small countryside cottages back in the day.

But it wasn’t until the 1950s that cottage cheese became incredibly popular, it’s very mild in flavor and isn’t super high in fat, which was appealing to people from the 50s into the 70s. Today though many people seem to be favoring more flavorful and less lumpy dairy products like yogurt, since you can find almost any flavored yogurt Under the Sun at your local grocery store, it’s hard to want a bowl of bland cottage cheese with a unique texture.

Now if you could bring back one of these foods which one would you choose and why.