8 Toxic Things Parents Say To their Children – Children should always expect love and care from their parents. But what if the parents are toxic? How would you feel if I told you that, in 2008, the Administration of Children and Families in the US Department of Health and Human Services?

Do I report that more than 50,000 children were officially considered victims of emotional abuse? Regardless of whether hard words can cause pain or not, they can leave scars and memories from a certain time to a lifetime. Hurting comments can come from loved ones like parents, and psychological and emotional damage can be detrimental to many people … Especially their children.

The way parents raise their children and behave around them establishes the basic foundation that builds their personality and self-esteem. So how do you know if a parent or caregiver is toxic? Here are eight things that toxic parents say and that can affect a child’s life. One Offensive word toward his appearance. You are ugly, too fat, too short or too thin, or you have ugly hair.

Degrading a child based on their appearance will probably only increase their physical insecurity and worry about their body image. This can lead to serious emotional problems such as eating disorders. Parents are supposed to teach their children about how to love themselves no matter how they look outside. 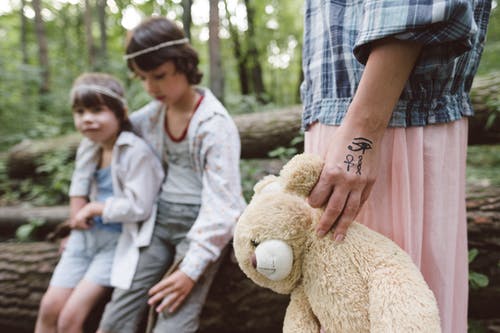 Two provocative questions to their actions. Like “Why do you act so weird?”, “Why do you walk that way?” “Do you chew that way?”, “Do you move or talk like that?” Children tend to believe what their words say. Parents Too sarcastic questions or comments like these can make the child feel that there is something wrong with them.

Related :  15 Signs Your Child Will Be Rich in the Future

This makes it harder for children to be themselves around people, even in adulthood. And they may feel trapped by the discomfort and fear that others may laugh at them, or notice the failures that their toxic parents made in them. Three Selfish Wishes “I wish you had never been born” having had you”, “I wish you were a different child“.

Parents should never say something like that to their child. First, it will make them feel that they were not supposed to exist in this world and that they do not deserve to be alive. These comments are very harmful to a child, for a human in general. They diminish all your sense of identity, which can cause self-harm and early depression. Instead, parents should make them feel loved and valued.

Just to avoid the father’s anger Considering that Nemours, a nonprofit child health system, I report that the lack of love and affection, or materialistic things are some of the causes for which Some children are inclined to steal or be abusive. Five Unhealthy Comparisons “Because you’re not like your brother, cousin, or the other children?” “The other children are better than you”.

This will substantially reduce a child’s self-esteem, and make him feel that he will never be good enough, regardless of the story. I tried. In addition, comparing siblings to each other only promotes an insane relationship. This will make them feel jealous and resentful towards each other. Brothers should be given the same right to build their own independent identities.

Related :  17 Things Everyone Should Get Rid of By Age 20

Six Verbally abusive words are “You are stupid”, “You are useless”, “You are a loser” or “You will never make it”. ”Absolute comments like this will harm the child’s self-esteem. It is important that parents encourage their children to believe in themselves. Seven Attempts to abandon “I will leave you”, “I will leave you aside”, “You will wake up and never find me”, “I will simply disappear”.

This will cause a child to have abandonment problems. Believing that the people they love will leave them for being who they are. When a child grows up this belief will be rooted unconsciously in his mind. They will be unable to trust future relationships for fear of being left.

Y. Eight empty promises “If you do this, I’ll buy that for you” OR “I’ll take you next time” but they don’t. When parents make promises they don’t keep, the child’s trust is broken. That will make him feel betrayed. Making false promises is a great way to teach a child not to trust others in life.

To conclude, although words are not physically harmful, they can be extremely harmful to the psyche and emotional well-being. Childhood is an essential chapter in the life of any human being. Our childhood builds our personalities, behaviors, and beliefs.

Have you experienced any of these forms of abuse? How do you feel about them? Do you know someone who has done so and could benefit from reading this article? Please consider sharing this article to reach worldwide attention, so that parents or future parents are more aware of how they talk to their children.

Related :  Create your own massage oils for your beloved
Advertisement