9 Questions That Always Keep Me Up at Night – Alright, I gotta ask someone: How many times do you say “Chugga” before “Choo Choo”? Why is Humpty Dumpty portrayed as an egg? What is Little Miss Muffet actually sitting on? These are some of the questions keeping me up at night, and I say it’s high time we all got some answers!

When a baby sees a train for the first time, most parents probably use the sounds “Chugga Chugga” and “Choo Choo” to get the little one excited by this big machine. Now, how many “chuggas” should there be before the “Choo Choo” sound? It makes sense to have a few to give the train a chance to move before sounding the whistle, but how many exactly are needed?

I’ve always said two “chuggas” before the “choo choo” part, but what about you? Believe it or not, this question has started a heated debate online. Some  swear that it’s only 2, others say 4, and there are those that even take the time to sound out 8 and even 12 chuggas before chooing! Is there some kind of rule that it needs to be divisible by 4? 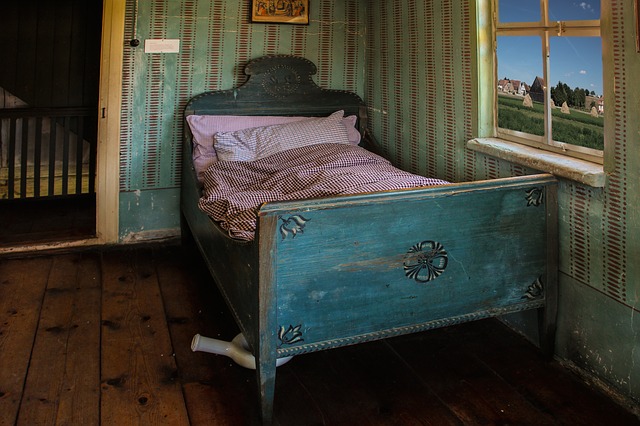 Is 2 not enough? Help me out here, people! Ok, I know it’s just pretty shallow thoughts, but this did get me thinking about nursery rhymes and kids’ songs that leave me with unanswered questions…Sure enough, the wheels on the bus should go “round and round” or the bus wouldn’t move at all. My issue comes in with the people on the bus going “up and down all through the town.

”Are they jumping in their seats? If so, that doesn’t seem very safe. Or maybe this town is just full of hills. Where are we then, the Himalayas? Also, do the wheels go round and round “all through the town” or “all day long”? Different people sing different versions, and it can be really embarrassing blurting out one version while everybody else sings the other!

Not that I’d know from some personal traumatic experience or anything…*Ahem, anyway, moving on! First of all, why are they asking the black sheep for its wool? Did the other sheep run out or something? And isn’t the black sheep the unwanted one in the group? Ok, fine, we need to accept him and his wool too, right? Plus, black looks good on everybody!

Secondly and most importantly, how can this animal answer the farmer back with “yes,sir, three bags full”?! A talking sheep? It’s a miracle! Yeah, and this chatty animal wants to give away its three bags of wool. I’m thinking, doesn’t this farmer need to make a living and sell it? Well, maybe the lesson here is to be generous… Now here’s a big one: who decided Humpty Dumpty was an egg?

This was never mentioned in the rhyme, so where did it come from?Is it because of the fact that eggs are fragile and impossible to put back together once they shatter on the floor? If that’s the case, then there are plenty of other things that are also pretty fragile too. So can I illustrate a nursery rhyme book with Humpty as, let’s say, a China teapot?

And I’m not really sure why the king’s men would attempt to reassemble an egg in the first place. Plus, how can the horses know how to put him back together again? These are real questions that need real answers, folks!Jack and Jill and their arduous journey up a hill just to get some water. Ok, seems like a dangerous trip to send your kids on, but maybe that’s the only well in the village?

Even so, why didn’t their parents go with them to make sure they don’t fall or something? As fate would have it, Jack did fall down and supposedly broke is crown. Crown means head, right? So how did he make it all the way back home? Shouldn’t someone have taken him to the hospital for a serious head injury? Nope, this Old Dame Dob lady just fixed it up with some vinegar and what sounds like a Band-Aid! Must’ve been some magical vinegar…

Related :  That's Why Airplane Windows Are Round

Now, “Little Miss Muffet sat on her tuffet” used to be one of my favorites as a kid. It’s just so fun to say! As I grew older, I began to wonder about it a bit. More specifically, what is a tuffet anyway? I was too embarrassed to ask my classmates or teachers, so I turned to my parents for answers.

At first, they looked completely dumbfounded and asked me where I’d heard such a strange word, to which I replied with the rhyme. They said they’d tell me later, but the issue was never resolved. Now I’ve got Google, which, in just 0. 43 seconds, revealed to me that it’s either“a tuft or clump of something” (which is so vague and means nothing in the context of the rhyme) or a type of “footstool or low seat”.

Finally some real answers!But that still doesn’t explain why this word is underlined in red when I type “tuffet”into my word processor. So, is it even a real word or did Google just throw me a bone to get rid of my annoying questions? Hmm, I smell a conspiracy! Okay, Three Blind Mice, what a terrifying story!

I have no idea what these rodents did to upset the farmer’s wife to such an extent, but I feel like she kinda overreacted a little bit!I’ll save you the gory details, (sufficed to say the key word is “de-tails! Heh heh) but kids actually sing about this stuff… How about the Little Old Lady that lived and raised her kids in a shoe? Just how little were these people? Or, rather, how big was that shoe? Did it belong to a giant who lives in the clouds and can only be reached by a magical bean stalk?

It’s a bit sad that the community didn’t help her and the children out and find them a decent place to live. Maybe the shoe was roomy and fancy? All I know is I’d much rather not be brought up in a shoe. It seems unsanitary to say the least! Imagine the sox? Imagine the smell? I’ll finish my rambling thoughts with one that really confuses me: “Hey diddle diddle”

Why would one run away with the spoon? Are they eloping, did they do something wrong and now they’re fleeing the scene? I just can’t help but wonder, what was the writer really trying to tell me? There must be some hidden message, right? Ok, all jokes aside, nursery rhymes provide both kids and parents with endless pleasure.

Maybe they’re so silly and nonsensical so that children can turn on their imagination and boost their vocabulary. But when you look at these lyrics as an adult, they really do leave you scratching your head! Maybe you have lice! Maybe you have dandruff! Maybe… I’ll stop here.

Can you think of any other nursery rhymes or kids songs that just don’t make sense? Add your own examples in the comment section down below.