9 Things Children See Differently Than Adults Do – Hey, I don’t know about you, but I find kids amazing. I mean, just look at how they think! Their vivid imagination and creativity multiplied by their seemingly endless energy resource are things that rarely get carried on to adult hood. So do they perceive the world differently than adults do? Science says yes. And here’s how exactly! 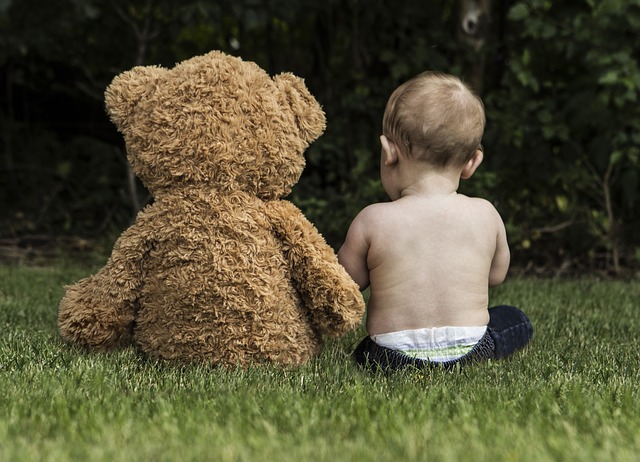 1. Their imagination borders with reality
Do you remember yourself at a very young age? If you do, you probably also remember believing in Santa Claus, Tooth Fairy, and other fantastical beings. Numerous experiments have shown that little kids easily believe in supernatural things. But they’re not so naïve as you may think! They don’t fall for completely made up stuff and make a distinction between fiction and reality.

For example, at as early as the age of 3, they already know when other people really do something from when they pretend and can tell an imaginary thing from a real one. Also, they distinguish toys from actual objects. But still, Professor Jacqueline D. Woolley from the University of Texas has proven that children up to the age of 11 can believe even in the most unlikely creatures and phenomena. They just need the right motivation. Show a little kid a magic trick, and they’ll readily accept that you’re a wizard. Hm, I guess it’s time to blow the dust off my magic wand!

2. They don’t know what “abstract” means
Scientists distinguish two stages of development: the one before you turn 11 and the one after. The difference between them is that kids under 11 years old still can’t think in an abstract manner, while those older than 11 already can. I’ll give you an example. Here’s a question: there are three siblings, Mike, Sarah, and Tom.

If Mike is taller than Sarah, and Sarah is taller than Tom, who’s the tallest of them?If you can answer this immediately, you’re older than 11. Congratulations…I guess? On the other hand, if you first must draw a picture of the three, then you’re still in the first stage of development, which is the concrete stage.

The thing is, adults can do all sorts of things right inside their heads with the stuff they haven’t even experienced yet. Kids, though, must first see or touch the object before doing something with it. As they gain knowledge about the world, they start applying rules to it, until finally they don’t need concrete examples before their eyes.

Related :  10 Signs Your Parents Are Manipulative

3. At first they can’t recognize their parents
In addition to seeing the world differently in their mind’s eye, kids quite literally have altered vision. Well, not really kids but newborn babies. When they first open their eyes, everything around them is unfocused and blurred, and they can’t distinguish the faces in front of them. So no, new parents, your babies don’t recognize you.

This state of blurriness holds on until the baby is 6 months old. By the age of 9 months, its vision becomes clearer, but it still can only tell if theface it sees is a familiar one or not. Such perks like color and full-HD resolution come at the age of one year.

4. They learn languages lightning fast
If you ever tried learning a new language,you might have noticed that with age it gets more and more difficult to do so. In fact, there’s a whole theory about this, explained by linguist Noam Chomsky. He says there’s a certain device in the children’s brain that allows them to learn new languages much faster than adults.

He calls it “language acquisition device,” or LAD. Now, don’t get me wrong, it’s not something you can see in a brain MRI scan. It’s a purely hypothetical thing used to explain just how exactly children are so much better at grasping new language info. Chomsky suggested that the LAD exists as part of human evolution: since we are social creatures, we need to communicate, and so we need a language ASAP.

That’s when this device comes in handy — at a young age, we acquire new information fast and even apply grammar rules in a correct way!Isn’t it crazy how little kids learn to talk just by listening to people around them,without any teachers? Yeah, go try that trick when you’re 30! Or 60.

5. What they know is more important than what they see
Kids don’t dig perspective. In an experiment conducted at the University of Durham, children of different ages were given a task to draw a picture of a cup placed in front of them. The cup had two features: a handle and a flower drawn on its side. When drawing, the kids could see the flower but not the handle; however, they knew the handle was there.

As a result, the children over 8 years of age drew the cup as it was put before them: no handle and a flower on the side. The kids of 7 years or younger, though, all drew pictures of a cup with a handle but no flower. The experiment showed that children under the age of 7-8 years lack the understanding of perspective or point of view.

Even when asked to copy the image before them, they would draw what they know, not what theysee. So if they know there’s a handle, it’ll be in their drawing too, even if they don’t see it. That makes me wonder. What if they get it right, and it’s we who don’t understand the real meaning of things?

6. They think everyone knows what they know
Until a certain age, children don’t realize that not everyone thinks the same way as they do and know things they know. This was proved in another experiment (what’s up with all that experimenting on kids, huh?) conducted at MRC London Institute of Medical Sciences. It became known as the Sally Anne task.

In short, the children met with two dolls, Sally and Anne. Sally had a basket, and Anne had a box. First, the kids see Sally put a marble in her basket and leave the room. Then Anne quietly steals the marble and hides it in her box instead. When Sally returns to the room, the children are asked where she will look for the marble first.

All kids under the age of three immediately pointed at Anne’s box, while those older than 4 years pointed to the basket. This showed that little children didn’t realize Sally couldn’t have known Anne had taken the marble. They thought if they knew that, so would she. Now that explains why my daughter looks at me like I’m silly when she hides something.

7. If they don’t see it, it doesn’t exist
You know the game of peek-a-boo, right? Ever wondered how it works, though? You see, children under the age of one are unable to realize that something they don’t see still exists. In fact, when they stop seeing an object, for them it disappears forever. That’s exactly why babies laugh when you play that game with them!

You cover your face with your hands, and the little one thinks you’re gone. Then you say “peek-a-boo!” and here you are again! Wow! What a trick! Too bad you can’t keep it like this in adulthood. You know, when you’ve not done your homework in school, and the teacher asks you a question,and you’re just — poof! Gone! Ha ha.

Related :  Create your own massage oils for your beloved

8. They don’t know things can be reversed
If something’s done, it can’t be undone. That’s how little kids think, and it concerns virtually everything. If you show a three-year-old that a shoelace can be tied, they’ll think it’s tied forever and may well start crying when they can’t get the shoe off. The most interesting part of this is, perhaps, the fact that kids also can’t combine two different dimensions of an object at once.

For example, if there are two glasses of equal volume before a child, one tall but slim,the other short but broad, they’ll think of the short one as being larger. So when you pour water from a tall glass into the short one, for the kid the amount of water will become bigger too. Ooh, magic!

9. Their understanding of morals differs from ours
Morals are, in fact, quite subjective, and they vary depending on the culture. That’s why moral judgment is not something kids have the innate ability to understand. They learn morals from experience, and while they’re still very small, they don’t know such a thing even exists. Researchers from the Simon Fraser University in Canada conducted experiments — again— that showed children under the age of 3 follow a moral code mainly to avoid punishment, while older kids already understand that good deeds can be rewarded.

All this eventually leads to an adult view of what’s good and what’s bad. I’ll give you an example. When asked what is worse, to break one glass on purpose or break several by accident, little children would answer that breaking more glasses does more harm, and so it’s worse. They don’t yet understand the concept of doing something by accident because they’re simply not experienced enough — they know if they break a glass at home, they’ll be punished by their parents, period.

Okay, that makes me a bit sorry right now. Well, now it’s your turn! Can you think of other ways kids are different from adults? Well they’re smaller. Let me know down in the comments.