A 9,000-Year-Old City Was Just Discovered – If someone asked you what the oldest city in the world was, you might give a lot of different answers. Your first guess might be Athens or Rome, or maybe somewhere in ancient Egypt. All great guesses, but when it comes to age, none of them hold a candle to the 9000-year-old settlement recently found just outside the town of Motza, Israel, a quick five-mile drive from the capital city of Jerusalem.

Our journey of discovery begins, as all the best ones do, with a highway in the desert. This is no dark and abandoned stretch of road, full of coyotes and spooky hotels, but rather a brand-new interchange intended to relieve congestion in the busy Jerusalem metropolitan area. Honestly, it’s not much of a desert either, but arid subtropical valley doesn’t roll off the tongue nearly as well.

Workers from Israel’s National Transport Infrastructure Company discovered the site while excavating the network of tunnels that would connect the new road to a nearby highway,and notified the Israel Antiquities Authority of what they’d found. Little did anyone realize, they’d nearly paved over one of the most significant archaeological finds of this decade. 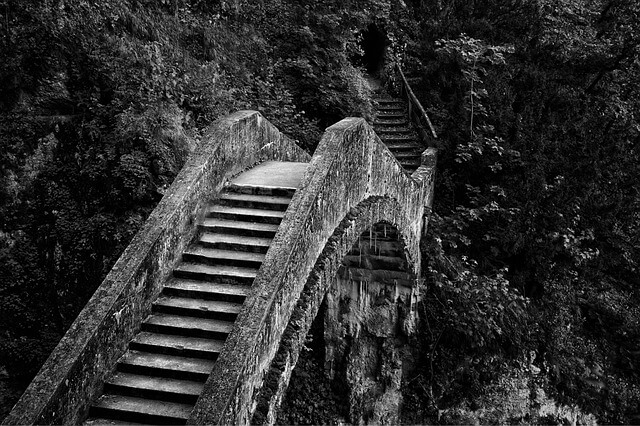 People have been living in the Middle East for tens of thousands of years, long before they arrived in Europe, eastern Asia or the Americas. But until recently, there hadn’t been any evidence of major prehistoric settlements in that part of Israel. Now there’s not only evidence of an agricultural society having existed in the region, but with an estimated population of up to three thousand, it would’ve been the stone age equivalent of a major metropolis.

While these aren’t necessarily the oldest ruins in that part of the world, no one could’ve expected to find a major city in a place that was supposed to have been almost entirely uninhabited. If you still don’t see why this is so important, imagine finding Atlantis off the coast of Miami. Kind of a big deal, right?.

While that example might be a bit extreme, the discovery that people were not only living in that part of the country, but had organized a complex society thousands of years earlier than we’d thought, is a huge discovery. In fact, it’s such a big deal to researchers that one expert working at the dig called it the archaeological equivalent of the “Big Bang. ”Now hold on, some of you might be saying, doesn’t that seem like a bit much?.

Related :  The Truth Behind the Lake Michigan Triangle

It’s still just a bunch of stone age huts, nothing to get too worked up about. After all, it’s not like they had roads and temples and mother-of-pearl jewelry, right? Well, my oddly specific friend, the inhabitants of this lost city had all of that and more. While words like Stone Age and prehistoric might bring to mind hairy Neanderthals chucking spears at mammoths and sleeping in caves, these ancient Israelis were much more advanced than that.

While the city’s inhabitants lived thousands of years before the invention of written language,that didn’t prevent them from having a complex society with a rich culture and system of beliefs. Far from being a collection of huts, the settlement consists of several hundred stone and plaster buildings that included everything from houses and marketplaces to temples and tombs.

There’s even evidence that some buildings may have featured primitive forms of insulation and waterproofing. If that isn’t impressive enough, many of the houses are laid out along what appearsto have been a pre-determined grid of streets and alleyways; a display of city planning that would put many ancient empires to shame. To archaeologists, this suggests a complex system of government thousands of years before the construction of Stonehenge.

And what did they find in these ruins? Well, we already mentioned they had jewelry and tools made from a variety of materials,many of which are not naturally occurring in that region of Israel. While some of the stone used in both jewelry and decoration is still waiting to be identified,the presence of materials like mother-of-pearl and obsidian suggests that the city was a major trade hub, exchanging goods with people as far away as modern-day Turkey.

Now, if you don’t like driving to the supermarket on a workday, imagine crossing over a thousand miles of desert and mountains a few thousand years before horses were domesticated. Despite the ruin’s proximity to modern Jerusalem, the artifacts of this forgotten city are remarkably well preserved, allowing archaeologists to gain insight into a society that left no written history.

Among the recovered antiquities were a variety of ceramic items, including not only pottery,but several small human and animal figurines. Archaeologists believe many of these have served a ritual purpose, possibly depicting some manner of deities or spirits. Particularly noteworthy are the contents of numerous burial sites scattered throughout the residential portions of the city.

Not unlike the tombs of Egyptian Pharaohs and Viking raiders, these burial chambers contained a variety of tools and valuables. Not only does this reinforce the idea that the people who lived there had their own system of traditions, but by doing so, they’ve unknowingly helped modern archaeologists by preserving pieces of their daily life.

In addition to art and jewelry, other finds include a variety of stone and bronze weapons and tools, such as axes and arrowheads, as well as knives and farm tools of varying shapes and sizes. We even have a pretty good idea what these people ate, thanks to the astonishingly well-preserved contents of storage sheds and granaries scattered around the city.

In addition to finding an unheard-of number of petrified lentil seeds, there’s evidencethat the local diet included things like chickpeas and sheep, and the occasional game animal. Man, this is starting to make me hungry. I might need to grab lunch after we finish recording this. I wonder if I can find a place that serves lamb with chickpeas around here.

My meal plans aside, a stable source of food was critical in keeping a complex society on its feet. Animal bones found nearby have led researchers to believe that the city’s first inhabitants were hunter-gatherers that arrived in the region sometime around ten thousand years ago. As centuries passed, they gradually moved away from their nomadic lifestyles and reliance on wandering animal herds.

Within a thousand years, not very long, relatively speaking, this small tribe of hunters had become a bustling city. As for how they managed this, geography did the early settlers more than a few favors in establishing themselves. When most westerners think of the Middle East, we think of barren mountains and empty deserts.

While Israel has no shortage of sand, there are also plenty of inland waterways, around which, societies were able to form. A reliable source of water allowed their society transition from hunter-gather to farmers,creating a stable source of food. Experts say this led to something of a golden age in the last few hundred years of the city’s existence, as it grew to its fullest size and began trading farther afield.

As it turns out, when you no longer need to follow herds of wild animals around, it frees up lots of time to do things other than following herds of wild animals around. And here I was wondering why I can never get anything done. While archeologists have a surprisingly clear picture of life in this prehistoric settlement,there’s a lot we still don’t know about the people who lived in it.

We don’t know what language they spoke, the specifics of their belief system or even what they called themselves. Any history or legends would’ve been passed down orally, and with nine thousand years between them and us, it’s likely those stories have been lost to the centuries. Still, studying places like this can teach us a lot about our earliest ancestors.

And if this city could remain hidden for so long, imagine what else might still be out there waiting to be uncovered. Speaking of discoveries, Israeli authorities recently recovered a stolen mask dating from around the same period. This eerie artifact originated from a site about eighteen miles further south, near the city of Hebron, and for an ancient piece of rock, it’s had a pretty exciting journey.

In early 2018 the mask was stolen by looters who tried to sell it on the black market. This illegal sale was reported to the Israel Antiquities Authority’s Antiquities Theft Prevention Unit, a special task force that investigates unauthorized excavations like this one. After a brief but thorough investigation, the ATPU –boy that’s easier to say — apprehended the looter and recovered this valuable, if strange looking, artifact.

The mask itself is carved from polished limestone and engraved with subtle details like teeth and even cheekbones. Archeologists believe the mask, one of only fifteen of its kind, played an essential role in the belief systems of the people who inhabited the region 9000 years ago, and may have been carved in the likeness of a respected ancestor.

The bright side to the mask’s adventure  is that not only has it been recovered,but instead of sitting untouched in a private collection like many similar artifacts, it’s being examined by archaeologists, eager to learn more about its mysterious creators. So, the next time you’re out in the woods, maybe not even that far from home, keep an eye on what’s around you.

That pile of rocks might not be anything at all, or it might just be the key to unlocking one of history’s mysteries. Or it might be a pile of rocks. Has this story inspired you to grab your shovel and fedora and start exploring?Hey Indiana! Do you have a favorite lost civilization? Let me know in the comments.