A Guy Survived a Plane Crash and 3 Months in the Wild – It’s the coldest time of the Year. The date is December 21st, 1943 and 5 people are on-board a b-24 Bomber. The aircraft is nicknamed Iceberg Inez. It was on a mission to test an experimental system on the plane’s four propellers when it accidentally stalled.

The pilot of the plane was 28-year-old Harold Hoskin and co-pilot 23-year-old Leon Crane. They were flying over the Tanana River in Alaska – close to the Arctic Circle. When the plane stalled, it took a downward dive as if it were a roller coaster. Both the pilot and the co-pilot tried to take control, but a crash was seemingly inevitable.

All their flight instruments were blinking out. Then, a pistol-like bang was heard from the tail of the plane and a few cracking sounds followed. This wasn’t a good sign. Leon Crane shouted to the crew members to get ready to parachute to safety. Leon grabbed his parachute, and before he even realized it, he was in free fall.

He deployed his parachute and watched the Iceberg Inez taking a spin before it hit a mountain. It immediately burst into flames. Leon landed on the fresh snow near the bed of the Tanana River. He was approximately 2 miles away from the crash. The plane was loaded with fuel, so he knew it’d be burning for a while. 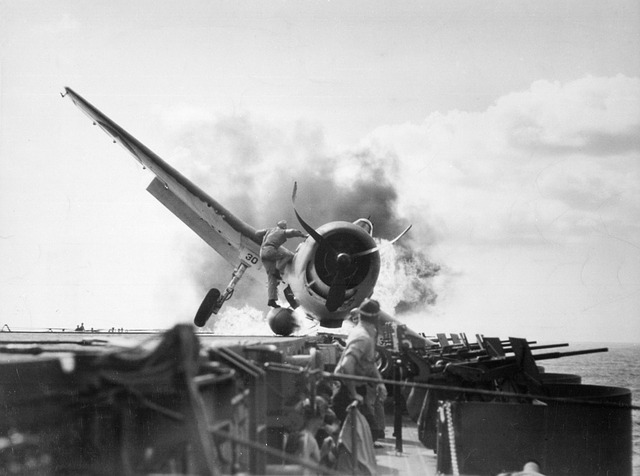 This meant both good and bad news for the young man. On the plus side, if the fire burned for long, it meant that the rescue team would be able to spot his location easily. On the downside, it was burning all the supplies, including his gloves, sleeping bags, and gear. When he touched down, he repeatedly shouted out in an attempt to locate his fellow crew members, but he had no luck.

He tried listening for any sign or sound of them; still nothing. It was getting dark, so Leon tried to walk towards the aircraft, but rocky terrain under the snow made it impossible. He couldn’t afford to sprain his ankle in such a dire situation. In order to keep warm, he used his silk parachute as a sleeping bag.

He had his flight suit, and was wearing 3 pairs of woolen socks. Leon also found a knife in his pocket that could be of good use later. As the night progressed it was getting colder, so to keep his exposed fingers warm, he tucked them under his armpits. The temperature dropped to -60F and Leon had no choice but to get up and gather some driftwood to start a fire.

He got his matches, but his hands were struggling to light them. To his surprise, the flames were too small and wouldn’t spread, no matter how many matches he wasted. That was when he remembered that alongside the rest of his belongings, he had a letter from his dad in his jacket. Don’t judge him, folks. He had to survive.

Related :  A Man Who Fell from Space to Earth

So, he took out the letter and lit it with a match; the fire finally began spreading to the other branches. The first thing he did was warm up his hands, and then the rest of his body. As he was laying down, he recalled the last radio conversation he had with the airbase in Fairbanks. That was about an hour before the plane crash, which meant that the search area would reach a radius of 200 miles from their last recorded position.

And then another thought followed: “What if nobody shows up?” Leon kept contemplating his chances of being saved. For example, there weren’t enough hours of daylight in the wintertime in Alaska. So, the rescue planes would’ve had limited time to search. He also considered the possibility that even if a plane was looking for him, it might not find him.

As he looked at his fingers, he noticed that they were getting whiter, which is an early sign of frostbite. Out of panic, Leon concluded that the best way to make it out alive was to leave the area and head downstream with the river. After all, the water surely had to drain into something. Before he left, he shouted one last time to see if there was any sign of his buddies, but still nothing.

Then he started walking with his parachute and the rest of his belongings. The snow was deep and it took him all day just to cover one mile. As it got dark again, he started a fire and his thoughts started stirring. There was a dilemma going on in his head. Should he keep walking to find shelter, or wait in the area until help arrived? He decided his best bet was to stay put for a week.

That’s how long the rescue team would need to either show up or call off the search. At this point, hunger was setting in. His stomach was constantly growling. In such freezing conditions, he had to consume more than 5,000 calories to sustain his weight. He even tried hunting, but that wasn’t in his field of expertise.

So, he just wrapped himself up in the parachute for three days, and only walked a little when he needed water. After all, the less he moved, the more energy he saved. Leon was losing hope, but he wasn’t forgotten. You see, a rescue flight had gone out looking for the Iceberg Inez crew 8 hours after their last contact.

In just 2 days, more than 20 search and rescue missions had launched, but they were all fruitless. After a while, Leon realized he couldn’t sit there and feel sorry for himself. So, 8 days after the accident, he headed for the river. It was the 29th of December; the snow was so deep he was pushing it with his legs like a human shovel.

He’d been walking all day and had only covered 300 feet. So, the next day he changed plans again. He began walking on the frozen river instead. As he was hiking, Leon kept telling himself that at the next bend, a cabin with a fire,warm food and coffee would be waiting for him. That motivated him. But there was another problem.

He hadn’t eaten in days, which made him feel disoriented, and he wasn’t able to think properly. He kept walking in the dark, pushing himself to keep going, and what do you know? The cozy cabin he’d been dreaming of appeared in the distance, half-covered in snow. It was the happiest moment Leon had had in days. He cleared the drift away from the front door and opened it. There was nobody there.

Inside, he saw a bed in the corner and a table in the center. On the table, he found burlap sacks filled with goodies. He took his knife out and started opening everything. There was cocoa powder to make a delicious cup of hot chocolate, dried milk, and raisins. He started eating the snacks right away. After that, he did what any sensible person would do in this situation.

He made himself a delicious, warm cup of hot-cocoa, and went to bed. When he woke up, he prepared the same thing for breakfast and headed out. Leon believed that there must be a village nearby, so he was off to find it. Before I continue, who do you think left the food supplied there? Was it a coincidence or could it be the rescue team? Let me know in the comments below.

As Leon was walking towards some sort of civilization, he realized that the frozen river was getting narrower and leading nowhere. It was just miles and miles of snow. It was getting dark again. He wasn’t going to spend another night in the forest, so he began heading back to the new-found cabin. As he was walking, he got lost.

He walked for many hours, desperate to find the cozy home. The landscape was unfamiliar, and since he’d been walking on ice, he couldn’t find his footprints to head back. But finally, the cabin appeared after 30 long hours of wondering. Leon needed some rest. He took some time off and scouted the area for new foods and supplies.

Luckily, a few feet away from the cabin, he found a wooden shelter filled with food, clothes, hunting gear and most importantly, warm mittens. He used all the supplies to make the cabin a small temporary home to regain his strength,and settled in. Almost two months had gone by since the plane crash when Leon decided he’d had plenty of rest, and it was time to move on.

On February 12th, 1944, he waved goodbye to the life-saving cabin and walked away. This time, however, he was smarter. He attached a rope around his chest to find his way back, in case his search didn’t lead anywhere. As he was walking on the river, disaster struck. The ice broke and he fell into the frigid water.

He managed to pull himself out using the rope. Fortunately, the water only reached just below his waist, and his matches didn’t get wet. So, he went to the bank and started a fire to warm up and dry his clothes. The next day he continued his trip, and a pleasant surprise popped up. He came across a second cozy cabin.

This one was empty too, but at least he could keep warm for awhile. Days passed as he continued trudging through the wild. On March 10th, he stumbled across a trail and followed it. It led him to a river, and on the opposite side of the icy waters he spotted another cabin. But this one wasn’t empty.

A light was on, and a dog started barking as soon as he sensed the man. There was a man in the cabin who took Leon in. It was the first time he’d come across a real person in 81 days. He hadn’t been this happy for months. He gave him some clothes and food and then took him to Wood chopper. A mail aircraft picked him up from that location, and took him to Ladd Field.

He met a nurse there that he fell in love with. They got married, and had 6 children together. After the incident, he worked as an aeronautical engineer, and then as a builder. He didn’t talk much about his harrowing experience in the Alaskan wilderness, but his life was happy and full from then on.