A Mysterious Village Where Everyone Sleeps for Days – In the summer of 2014, Viktor Kazachenko was riding his motorcycle across the steppe of Northern Kazakhstan. He was headed to a nearby town to run some errands, but he never arrived. Kazachenko was hit by a mysterious illness that made him black-out and fall asleep while riding. He woke up 4 days later in the hospital, with no memory of what happened. And, he wasn’t the only one.

The village of Kalachi, in Kazakhstan, has been struck by a true medical enigma that’s causing people to fall asleep for days at a time. Interestingly, when they come out of it, they have no recollection of what happened. Forty-six-year-old Taisiya, from Kalachi, experienced this sleepy hollow 3 times in just a few years.

The first time was in 2012. She was going through her regular routine at work, when all of a sudden, she felt light-headed. Once she got home, she blacked out and woke up a few days later in the hospital. A neighbour of hers had rushed to help her, but while they were driving back home, her friend fell asleep as well. The second time this happened was in March of 2014. 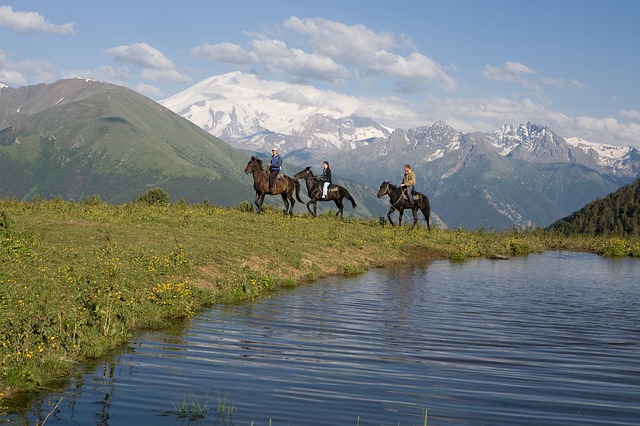 She was getting ready to go to a concert when suddenly, she started feeling dizzy again. She sat down on a chair, fell asleep, and woke up 5 days later in the hospital. Her latest experience, however, was slightly different. In February of 2015, she had another sleep attack, but it was on her feet. It was as if her legs were paralyzed and she couldn’t walk properly.

That episode lasted 3 days; and, even though Taisiya wasn’t asleep, she was walking around and talking as if she was under anaesthesia. The weirdest part is – she couldn’t remember any of it. This mysterious epidemic was spreading across the village fast, but nobody really knew what was causing it. Taisiya wasn’t the only one affected by this in her family either.

In 2013, her partner also fell asleep while he was fishing. He blacked-out on the boat, and one of his buddies drove him to the hospital. When Taisiya heard of the event, she rushed to his side. There, they were able to have small talk, but his speech was disoriented, and many of the things he was saying didn’t make sense. When he finally woke up from the sleepy-hollow, he was well, but didn’t have any recollection of what happened, or talking to his spouse.

Related :  17 Crazy Things That Are Only Possible In Japan

In a period of three years, more than 100 people were affected by this mysterious illness in Kalachi. Both adults and children had been through sleepy spells that lasted days. The weirdest part is some of them are completely immune to this disease, while others have experienced it multiple times. So, what does a person truly feel like when they become affected?Well, it all starts with light-headedness; and then you feel like your legs are too heavy to walk.

When you get struck, you fall sleep within minutes, and might be hallucinating about random things until you’re out of it. Witnesses who’d been around people while experiencing this mysterious illness, noticed that when they try to talk to them, they seem like they’re listening, but they can’t open their eyes or move their mouth. It seemed like something similar to sleep paralysis.

Since the illness occurs so suddenly, the patient’s speech also becomes slurred, making it difficult to understand what they’re saying. And, the problems don’t end when they wake up. After they open their eyes, apart from the memory loss, they have difficulty speaking,and they struggle to stay awake. It’s as if they just woke up from surgery, and once you stop talking to them, they instantly fall back to sleep for a while.

According to a report, this disease also affected an animal as well. It was a cat named Marquis. The owner claimed that the cat started acting weird and unpredictably. At first, she was meowing constantly; and then she started attacking everything: walls,furniture, – whatever stood in her way. She finally went to sleep that evening, but, according to her owner, she was snoring likea real person.

Because of this re-occurring phenomenon, the Kazakh authorities offered all the village residents the chance to relocate to other areas of the surrounding regions. More than 55 families moved out of the village, and approximately 100 more are in the process of doing so. However, some of the people who were affected refuse to leave, because they don’t believe that these sleepy spells are actually dangerous.

After the outbreak, doctors and scientists started doing extensive research to find out what the cause could be. At first, everyone thought that this was some sort of intolerance to a specific drink. However, this theory was later disproven when kids started being affected. Then, they turned their focus to encephalopathy, which is a form of brain malfunction. However, there was no basis for that either, so, they abandoned that theory altogether.

Doctors and scientists alike were determined get to the bottom of this, so they started doing lab tests as well. They conducted approximately 7,000 tests on water, soil, air, and the patients’ blood,hair and nails, but they found nothing. So, they started eliminating utilities to single out the problem. They ceased the underground gas supply, and even turned off the local phone towers.

They even checked for high radiation levels and radon gas, as well as for heavy metals,bacteria and viruses in the water supply of the area. This process was no piece of cake either, because they couldn’t pin point the rootof the problem; and all their attempts were fruitless. Coincidentally, scientists began suspecting an abandoned uranium mine 2 miles away from the village of Kalachi.

Some of them believed that the radon gas from the mine was seeping through the ground, causing oxygen deprivation to people, and therefore memory loss. But there were several issues with that. When scientists studied the levels of radiation and uranium levels in Kalachi, they found them to be normal. The other thing is that high levels of radiation cause organ damage, not sleepiness.

So, if it wasn’t radiation, then what was it?, there’s another theory out there, speculating about something more surreal. It claims that people were suffering from some sort of mass hysteria, and they wanted to leave the village, but they didn’t have the means to do it. So, they subconsciously invented this illness to manipulate the authorities into helping them out.

This theory was based on information that only one animal was reported to be affected by the disease, while the rest of them remained unharmed. – But they wouldn’t have known if more animals were affected unless they followed them around. Also, from what we’ve seen earlier, that couldn’t be the case since some of the residents who were affected stubbornly refused to leave.

The story of the sleepy hollow was becoming stranger and stranger, prompting curiosity from all around the world. That was when Viktor Kryukov – (the former director of the uranium mine) came out with some interesting statements. He claimed that the most plausible explanation for these sleep attacks was carbon monoxide. According to Viktor, the gas is seeping through the ground, causing people to fall asleep.

He claimed that uranium had nothing to do with it, but the uranium mine did. Ok folks, I know it’s confusing, but I’ll get to that in jiff. To make things even MORE interesting, we also have an explanation on why these attacks began after 2010, almost 20 years after the mine closed. So, let’s take a deep dive into some chemistry. Uranium is a non-ferrous metal, and like most non-ferrous metals, it’s usually found in mountainous areas.

The uranium mine near Kalachi village was also in a mountainous area, and it had inclined entrances that allowed people to go as deep as 2,100 feet. After the mine was closed, it stopped pumping water out. So for more than 20 years, all the voids had been filling up with water. Now, since the mine was abandoned, all the supporting wood they used while digging was left there.

As the water level rose, the wood began to oxidize. And that was when the problem began. Since the mine was also 2,100 feet deep, a pressure of 63 atmospheres was created. When this happens, a chemical reaction occurs, and the water turns into lighter gases at the surface of the mine. – Think of the mine like a bottle of soda. When you open it, the gases escape and the liquid stays at the bottom – Well at least,most of the time.

When carbon monoxide and hydrocarbon levels rose, it caused the oxygen levels to drop. So, it’s easy for this type of gas to escape through the cracks because there’s no oxygen in it. If a person is unlucky enough to be passing by and inhale the air, then the carbon monoxide enters their bloodstream and they lose consciousness. Or in other words, fall asleep.

After that statement, scientists started researching Kryukov’s theory and he was proven right. The concentration levels of carbon monoxide in the underground air were at their maximum permissible, whereas the oxygen was below the normal levels. Scientists are keen on doing more research in the area to get some answers. For example, these sleepy hollows only happen during the winter and spring. So they’re trying to find a pattern to explain what brings the gas to the surface that timeof the year.

How about you?, would you ever consider visiting the village of Kalachi?. Please let me know in the comments below.