A Potentially Habitable Super Earth Has Been Discovered – Just in case anyone missed this little bit of news, the universe is big. Shocking, I know. Too big, some think, for us to be the only ones in it. It’s just a matter of knowing where to look, and scientists from NASA’s TESS program might have stumbled across the next clue in this galactic scavenger hunt. The Transiting Exoplanet Survey Satellite was launched in April of 2019 with the aim of locating planets in orbit around nearby stars.

That’s what “transiting exoplanet” means in Astronomer talk. One of these stars is the comparatively small GEE-JAY 357. Catchy name, I know. Now, near by is a relative term in space, since GEE-JAY 357 is about 31 light-years from Earth. If we tried to go there today using modern technology, it would take more than six hundred and sixty-six thousand years to arrive.

Talk about a long commute. Yep, that’s too far away for humans to ever realistically visit, but not too far to get a sense of what it looks like. Thanks to TESS, NASA astronomers discovered a planet orbiting this distant star. Being a creative bunch, they named the new world GEE-JAY 357 b.  Hmm…“B” So then where’s the “A”? Well, this planet is believed to be about twenty-two percent larger than Earth, and eleven times closer to its star than Mercury is to the Sun. 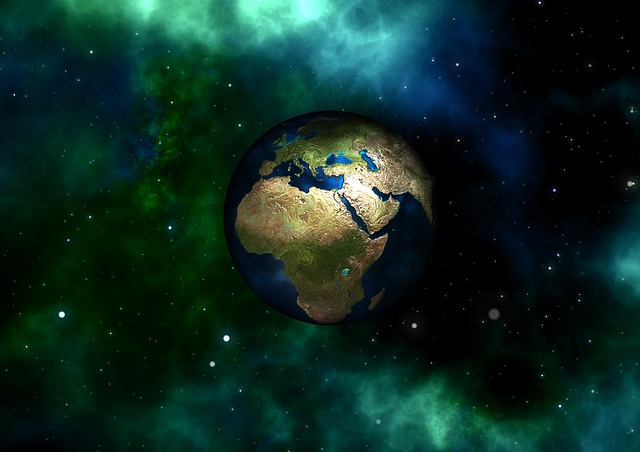 Scientist’s don’t know if the planet has an atmosphere, but they can say it’s definitely very hot. How hot exactly? Well, it’s hard to get an exact measurement,but the surface temperature is estimated to be a boiling 490 degrees Fahrenheit, hot enough to melt tin! This planet can’t support life  , but astronomers were still thrilled by its discovery.

Scientists have discovered planets beyond our solar system before, but GEE-JAY 357-b is one of the closest to Earth. In fact, it’s one of the few whose atmosphere can be studied by scientists, once they determine if it has one. As huge as this discovery was, however, it was soon to be overshadowed.

Hidden beyond the semi-molten glow of this “hot Earth,”as astronomers called it, were two more planets. One of them, GEE-JAY 357-d is just far enough from the star to potentially support life. I would like to pause here and address any Astronomers that happen to be watching. We need to have a serious talk about these planet names.

Related :  What It Is Really Like Living In North Korea?

I get it, there are a lot of them to keep track of, but there must be an easier way to tell them apart than interstellar license plate numbers.  I’m not saying every planet needs a proper name. I just think that if nineteenth-century explorers could give one to every rocky lump off the coast of Antarctica, we can at least name the important planets. I just want a more natural way to tell them apart is all.

How’s this, I’ll turn it over to the audience. What do you all think these new planets should be called? Let me know in the comments. I guarantee it couldn’t be any worse than what we’re calling them now. Anyway, if you’re going to start naming some new worlds, it would be good to know a little more about them.

So, back to GEE-JAY 357-d. As I said, its orbiting inside its solar system’s habitable zone, warm enough to support life, but not so warm that it ends up charbroiled. It’s about twenty percent closer to its star than Earth is to the Sun, but GEE-JAY 357 is much smaller than our neighborhood ball of gas and plasma.

Despite its proximity, GEE-JAY 357-d receives about the same amount of energy as Mars. NASA scientists estimate that that planet has an average temperature of about minus sixty-four degrees. That’s cold, comparable to the interior of Antarctica. While I wouldn’t exactly want to vacation there, it’s still technically survivable for humans.

If the planet has a thick enough atmosphere, the actual temperature could be much higher, increasing the likelihood that we may one day find life on its chilly surface. The second most notable feature of this world of tundra is its size. While the nightmarishly hot GEE-JAY 357-b isn’t that much bigger than Earth, its frigid cousin is massive.

At more than six times our home planet’s mass and potentially twice its size, it’s no wonder astronomers have dubbed it a “Super-Earth. “That much bulk would also give GEE-JAY 357-d a vastly higher gravity than is found on Earth. This would no doubt have a profound effect on any life that happens to evolve there, shaping it in ways we can only imagine.

This high gravity also creates a unique problem that any intelligent life would eventually encounter. I wouldn’t expect any alien visitors for most of the same reasons humans will probably never be visiting GEE-JAY 357-d for themselves. It’s hard to adequately convey just how incredibly distant this planet is.

Not to mention that any life that evolved there would find Earth just as inhospitable as their world might seem to us. Especially if they landed in Miami. (“About to step onto the surface now. That’s one small step for GEEJAY – ow ow ow ow BLEEP that’s hot!! Roger that.) Still, if intelligent life developed, there’s no reason to believe it wouldn’t sooner or later turn its sensory organs to the stars.

That’s when the planet’s gravity becomes an obstacle. It took humans a lot of time, effort,and money to get our first satellite into orbit. With a gravitational pull several times larger than that of Earth, the logistics of space travel become genuinely daunting. The sheer weight of fuel needed to reach escape velocity might be too much for any space craft to carry.

Scientists have estimated that reaching the moon of a planet ten times the size of Earth, would require almost five hundred thousand tons of fuel to get off the ground. Even the most generous estimates of GEE-JAY 357 d’s size don’t place it as anywhere near that big. However, at six times the mass of Earth, the planet’s gravity would still present an enormous challenge to any program that might be based there.

Any space exploration they attempted would most likely have to be done remotely, centering around ground-based observatories instead of spacecraft and probes. That has to be disappointing to any UFO fans out there, but don’t give up, the truth is possibly out still there! Now, it is worth noting that Astronomers haven’t yet been able to see any of these planets directly.

The TESS only discovered the massive and hot planet b because of its silhouette passing in front of the star. This is how the majority of exoplanets are found. The second way is through math. Astronomers use very complex equations to model things like a planet’s orbit. When something seems off about the way a celestial body is moving, these equations can explain why.

Related :  18 Unique Courses You Can Actually Study in the US

Since c and d never passed between Earth and GEE-JAY 357 during the month when TESS was able to capture images of the star, we’ve only been able to study them indirectly. By combining pictures obtained from terrestrial observatories all over the world, astronomers were able to confirm planet d’s existence by observing changes in the light from GEE-JAY 357.

When it dims, that means something, like a planet, is passing in front of it. The middle planet, called GEE-JAY 357-c just to make things confusing, didn’t even give us that. Because of its unusually tilted orbit, this planet never passes between Earth and its star at all. Typical middle child, am I right? We know it exists solely because of how its gravity bends the light emitted by its star.

This action results in faint changes to the star’s hue that astronomers can use to estimate the size and proximity of the planet having this effect. What little we do know is that this planet is almost three and a half times the mass of Earth and one “year” there lasts a little over nine days. It’s also twice as close to GEE-JAY 357 as the habitation candidate and is estimated to have a temperature of around 260 degrees Fahrenheit.

That’s not precisely melting tin levels of hot, but still enough to slow cook a decent ham. While NASA’s TESS mission deserves a lot of the credit for finding these planets, they weren’t entirely on their own. Data from observatories in Hawaii, Chile, and Spain all contributed to conforming GEE-JAY 357-b’s existence and were vital in identifying the other two planets.

This goes to show how some of the greatest discoveries are only possible when we work together. Maybe if we work together long enough, we’ll find someone else out there to talk to. Until then, we’ll just have to keep looking. And maybe we can learn to talk to each other here on Earth a little nicer. So, any thoughts on the planet names? ABCD. How about Amos, Billy Bob, Chad and Dabney? Whatever you come up with, don’t keep it to yourself, let me know in the comments down below.