American Food The Rest of the World Finds Weird – When you were a kid, did you ever have that one friend in school who liked to experiment by mixing different foods together during lunch? That friend who mixed catch up with mustard in the same dish with hot sauce, baked beans and sloppy joes simply because he found it funny? If you did, you probably dared him to eat it afterwards, right?

In all likelihood, he probably just stuck his tongue out at you and refused unless you offered him five bucks to go through with it. Different combinations of foods that don’t make sense when put together often seem weird or gross to us. And what is construed as being gross differs across societies and around the world.

What we think is delicious or disgusting is often subjective and depends largely on our culture along with where and how we grew up. Every culture has their fair share of idiosyncrasies. This is especially true when it comes to food. Some examples of delicacies around the world include frog legs and escargot in France, which consists of snails on a platter. 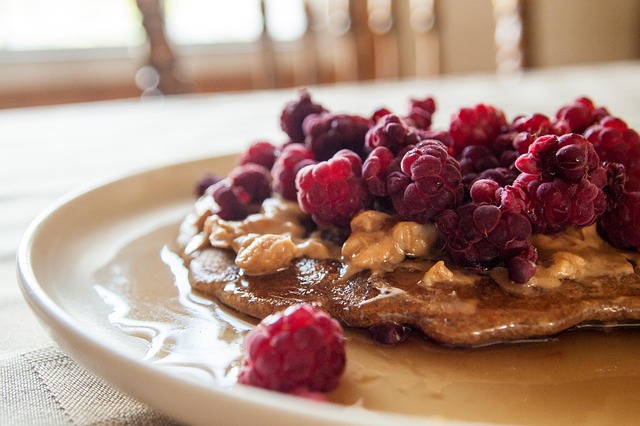 In Japan, you can enjoy some delicious wasp crackers and fish eyeballs. In Scotland, you can have your try at a popular dish known as haggis, which is basically a sheep’s heart, liver and lungs mixed with onions, oatmeal, and suet cooked inside the animal’s stomach. You can eat kangaroo if you visit Australia.

People in Thailand eat grasshoppers seasoned with salt and pepper – tastes like popcorn!And let’s not forget about China where you can eat anything from duck’s feet, scorpion,star fish, to even dog or cat. There are many more examples of unique foods around the world, but you get the idea. Most of what we have listed would be considered weird for most Americans.

Yet, Americans, love their bread. In the southeastern United States, there’s a breakfast food known as biscuits and gravy,which is basically that, biscuits covered in gravy. Here with the Info graphics show, we’ve employed many people from all over the world, including the southern United States.

One of our fun, eccentric writers on the team, who once came up with an outlandish idea fora flavored pillow case, is from the State of South Carolina and swears by this meal,explaining that there’s nothing she loves more than going to Waffle House and ordering herself some biscuits and gravy. She’ll even eat it for dinner on occasion.

She says the gravy makes the biscuits soft and moist, which makes it good to eat. She even adds butter to her biscuits despite the gravy already being on it. This combination perplexes a lot of people throughout the rest of the country and around the world. Gravy, for most people, is probably best served as a dinner topping, not a breakfast one.

Another peculiar southern dish mixing a typical dinner item with a breakfast one includes chicken and waffles. Our South Carolinian says that if you visit the south and don’t order this, you’re missing out. It’s considered almost like a rite of passage for every true southerner. “Sure, it may sound gross at first,” she says, “but once you try it, y’all will wonder why you never thought of it before.

If you like chicken and you like waffles, eating them together just makes sense. It satisfies your craving for both dinner and breakfast on a single platter, which is just bliss. ”She claims that she’s not the only one and pretty much everyone she knows in her region loves the stuff. The main problem with this dish, however, is having to make the choice of whether to use gravy or syrup as your topping.

Either one is a possibility, but it’s probably safe to assume that most people around the world and even in other parts of the United States prefer keeping these two meals separate. Next, corn dogs. If you’ve ever been to a state fair in the United States, odds are you’ve purchase done or two of these.

For observers in most other countries, the concept of a deep-fried hot dog on a stick would sound pretty weird and perhaps even gross. We can admit that saying what it is out loud does sound a little disgusting. Yet, many Americans go crazy for a good corn dog. A food that confounds a lot of people is grits.

Related :  17 Wrong Habits We Get from Childhood

Even the name doesn’t sound all that appetizing. If you don’t know what grits are, you’re not alone. It is essentially a corn-based porridge made from coarse cornmeal. Once again, this is mainly a southern dish, so we consulted our favorite southern writer who says that she has grown up eating this stuff.

She claims that if you live in the south and have never tried grits, people look at you with surprise on their faces. She loves to eat grits as a side with her breakfast and a popular dish in her area includes shrimp and grits. She says, “it’s not as gross as it sounds but it may be an acquired taste for those who just aren’t used to it.

”Given her affinity for these foods, one can’t help but wonder how she manages to avoid obesity. Nevertheless, people from other places around the world would probably think the texture of grits is too odd for consumption. Okay, we think we’ve picked on our southern dweller enough for now, so we’ll redirect our attention to a dish served on the opposite end of the country in the southwestern side of the United States.

That is, the southern fried rattlesnake. Yeah, you heard that right. It is said to taste like frog legs. The meat is often boiled off the bones before being dipped in egg yolk, covered in salt, flour and breadcrumbs. It’s a deep-fried meal that grosses out a lot of people who aren’t used to it. A more widespread delicacy around the United States is the Hershey’s chocolate bar.

To many Americans, Hershey’s chocolate tastes incredible and, odds are that if you have a girlfriend, she has probably sent you out on an errand or two to pick some up for her at some point. People from outside the United States, however, surprisingly report the brand as pretty poor excuse for chocolate. They complain that it has a tangy flavor and that it is too sweet.

Nevertheless, many Americans continue to love it and we don’t think this will change anytime soon. Our next dish on this list is meatloaf. This may seem unsurprising for those of us who were forced to eat it as kids whenever we paid a visit to grandma’s house. Like grits, the name in and of itself doesn’t sound too appealing.

You may have a friend or family member who manages to make a delicious version of the stuff, but for many of us, the three words, “eat your meatloaf,” grinds our ears. A popular sandwich in America that is considered really weird across other countries is that of peanut butter and jelly. Many people across the United States grew up eating this as children and some of us still enjoy consuming it as adults, especially when we don’t feel like cooking.

Related :  Why Planes Turn Off the Lights During Landing

It’s a very simple meal. You just take two slices of bread, slap some peanut butter on one and jelly on the other,then crush the two pieces together into a delicious sandwich. For people in other countries however, the combination of peanut butter and jelly seems nasty. They complain that the flavors should not mix together, and many are even more unimpressed with the choice of white bread that most Americans choose.

Yet, it continues to be a common, childhood favorite. So, what else is common in America but weird everywhere else? Believe it or not, pop-tarts make the list. It’s another one of those quick meals that many Americans love. All you have to do is take it out of the package, pop it in the toaster and it’s ready to eat. People in other countries, however, view this popular snack as being so sweet that it is sickening.

The crust tastes almost like cardboard to them and the sugar and frosting go way overboard for their taste buds to handle. We’ll go ahead and wrap up our list with root beer and sweet potato casserole. Other people around the world complain that root beer tastes too much like a bizarre combination of licorice and wintergreen, though it’s actually made from the bark of the sassafras tree.

Also perplexing to people around the world is that many Americans enjoy root beer floats,a combination of the drink with vanilla ice cream. For those who enjoy sweet potato casserole, you may be interested to learn that other cultures think it’s revolting. People in other countries point out that sweet potatoes already taste sweet so why add more sugar to them and cover them with marshmallows? Needless to say, it sounds pretty gross to those who are unfamiliar with it.

Do you agree with our list? Did we miss anything? Let us know in the comments.