Can You Make Your Pet Go Vegan? – Hey, do you have a pet?, If you do, has it ever crossed your mind that it just might be vegan?, Well, if it hasn’t, don’t worry, because it’s not. However, there’s a growing interest among some folks out there in making cats and dogsgo on a plant-only-based diet, and it’s just a bit alarming. I’ll explain.

First, let me state the obvious: humans and animals are not the same. So there. Even so, when it concerns food, we can all be — how do I put it? — indiscriminate. You’ve given your pet some scraps from your table at some point, right?, You have, admit it. And that’s all right — if it’s not a habit, that is. You see, humans are omnivores, which means we can eat anything, apart maybe from rocks.

There’s even bread made from wood bark in Scandinavia, for example, so there! Animals aren’t like this, however. They’re mostly divided into herbivores, or plant-eaters, and carnivores, or predators and meat-eaters, and it’s a serious distinction. You can’t feed a cow with meat and expect it to be healthy and live long; the same way, if you feed a tiger with only plants, don’t be surprised if you turn out to be its next meal. 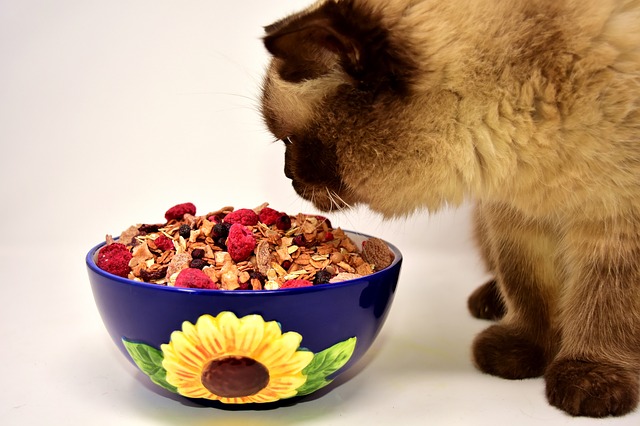 Nature is this way, you know. That’s why it’s important to understand that dogs and cats have different food routines from ours, and while we have the choice whether to eat meat, our pets don’t. So, the big question is, “Can you feed your cat or dog plant-based food?, ”And the answer is, “It depends. ”According to Dr. Cailin Heinze, assistant professor of nutrition at Tufts Cummings School of Veterinary Medicine, dogs certainly can follow a vegan diet if it’s done appropriately and carefully.

For cats, however, such a diet will most definitely be harmful. This is because in the wild, dogs are natural omnivores, just like us, while cats are predators. Wild dogs feed on anything they find after a successful hunt: first they eat the contents of the stomach of their prey, which is usually herbivore, and then they eat the meat as well.

Related :  4 Animals That Might Easily Show Up In Your Toilet

That means their stomach is okay with both plants and meat, and they can quite easily survive on vegetarian meals if they must. So good news: if you’re vegan and you want your dog to ditch meat as well, you can change its eating habits. Just make sure — and I can’t stress this enough — that your furry friend receives enough nutrients to keep it healthy and happy. It requires a lot of work, but I’m sure your pet is worth it.

Cats are a different story, though. Dr. Jennifer Larsen from the University of California says there has been at least one case in her practice where owners nearly killed their pet cat with a plant-based diet. The animal simply didn’t receive enough taurine, an amino acid that is almost exclusively obtained from animal sources.

Of course, the owners didn’t mean their kitty any harm, but as we all know, even ourbest intentions can have disastrous consequences. In fact, according to WebMD, plant-based nutrition can lead to many serious problems, including heart disease, reproductive and growth issues, and eye conditions. That’s why it’s crucial to choose a diet carefully in order not to harm your little friend. All animals are different, and only a qualified veterinarian can tell you what exactly you should feed your pet, but I’ve got some foods that are an absolute no-no for either dogs or cats. 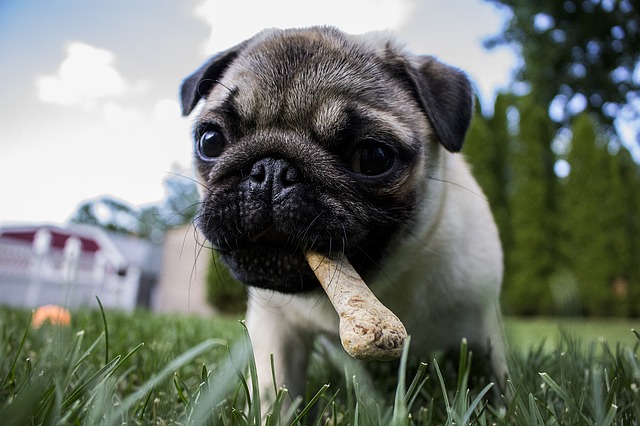 1. Chocolate and coffee
Cocoa and coffee beans contain substances called methylxanthines, which are okay for humans but are dangerous for pets. These chemicals stimulate the nervous and cardiovascular systems, making you more energetic. And since humans can metabolize them quickly, they’re not harmful for us. Well, in moderation, of course. I suppose we’ve all seen a caffeine zombie, right?Yeah, that’s me on the night before a deadline. Anyway, methylxanthines aren’t as easily taken by cats or dogs, so they can experience a variety of nasty symptoms; even heart attacks and seizures. There’s some good news here too, though: if your pet has eaten a piece of white chocolate,there’s no need to panic since it contains much less of these harmful substances than dark chocolate. Coffee, however, is still dangerous.

Related :  The Only Way to Survive an Alligator Attack

2. Citrus fruit
In fact, it’s not only about the fruit,but the whole plant. Every part of a citrus plant contains citric acid and essential oils, which can lead to irritation and nervous system damage. Worry not, though: if you see your dog munching on a tangerine you carelessly left out, it’ll most likely only get a minor stomachache. There would be more severe symptoms if the animal eats too many, or the plant itself.

3. Milk and dairy products
Yep, that’s no mistake: your kitty’s favetreat is harmful for it!. The reason behind this is simple: most mammals develop lactose intolerance as they age, and neither cats, nor dogs, nor even humans are any exception. Just as you must be careful with the amount of milk you drink per day, so should your pet. They simply can’t digest much of it, causing an upset stomach and general distress. You don’t want your little fluffy friend to be sad now, do you?.

4. Onion, garlic, and chives
You may think they’re tasty and generally good for you, but your pet won’t thank you for giving it such a treat. Apart from upset stomach, eating these veggies and herbs can lead to red blood cell damage,causing some serious health problems. Pay special attention to this if you own a cat because they are in more danger than dogs.

5. Nuts
Any nuts, be it peanuts, almonds, or walnuts,are high in fats and oils that aren’t properly digested by your pet’s system. And although your dog might seem crazy about a nut treat, you’re better off avoiding them. By the way, this time you can be less worried if you’ve got a cat because they have a clever natural aversion to nuts, as well as to citrus fruits. Anyway, nuts can potentially cause pancreatitis, or pancreas failure, so be careful.

Related :  Facts of Cockroach That Can't Get Rid

6. Grapes and raisins
This one is a mystery because scientists don’t know what it is about the grapes that has such a negative effect on cats and dogs. Still, there’s certainly something bad in them, since both fresh and dried grapes can cause kidney failure, especially in dogs.

7. Coconuts
I’ve already talked about nuts, I know,but this is different. Coconuts and coconut oil aren’t harmful for your pets if eaten in small amounts. However, coconut water contains a lot of potassium. While this element is crucial for any pet, too much of it can cause hyper kalemia — a condition that is accompanied by weakness and even paralysis. So feel free to give your dog a coconut treat from time to time, but make sure you don’t let it drink the water.

8. Yeast dough
I’m sure you know better than to feed your pet bread or pastry, but in case you didn’t know, yeast dough can rise and cause excessive gas in the animal’s stomach. The resulting bloating can be painful and even life-threatening if left untreated, so make sure you call your vet as soon as you notice the first symptoms.

What do you think about pets going vegetarian or even vegan?, let me know down in the comments.