Do Skyscrapers Predict Recessions? – In the summer of 1929, buildings were popping up all over Manhattan, like Art Deco exclamation points to the roaring 20s. The Bank of Manhattan Trust and the Chrysler Building were vying for the title, “Tallest Building in the World”. It was a race to the sky. The architects were former best friends turned bitter rivals.

Each architect schemed to beat the other, even changing their plans in mid-construction. William Van Alen, architect of the Chrysler Building, stretched the domed top to add 10 more floors. When Craig Severance, the Manhattan Company’s architect, heard reports about the Chrysler Building, he secretly added 10 penthouse floors, a copper cap, and a fifty-foot flagpole.

But Van Alen had a trump card. He secretly constructed a 185-foot steel spire inside the building. On October 23, 1929, the steel spire emerged, solidifying the Chrysler Building’s win. The next day, the stock market crashed. The Chrysler Building’s victory lasted for less than a year before it was bested by the Empire State Building. It had 2.8 million square feet of office space.

But only a quarter of that was occupied. To hide its vacancy, janitors were instructed to leave the lights on in the unleased floors. Meanwhile, New Yorkers, who were selling the gold in their teeth for food, called the glowing building above them the “Empty State Building”. 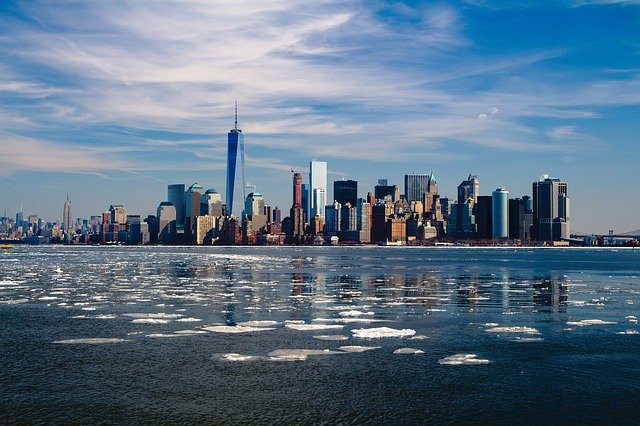 He called this the Skyscraper Index. It may’ve started with the Tower of Babel,ť he wrote, but the world’s tallest buildings seems to correlate with a crisis. In 1973, the Twin Towers and Sears Tower were completed and between the beginning of 1973 and the end of 1974, the Dow dropped 45%.

In August 2008, a real estate developer, Adam Hengels, wondered if the next record-breaking building in progress was a bad omen: Could the Burj Dubai be an indicator that tough times are ahead? The next month, Lehman Brothers filed for the largest bankruptcy in U.S. history, and the Dow dropped 777 points, lower than it ever had in its 112-year history.

Since 2010, nothing’s topped the Burj Khalifa in Dubai. And since 2010, we’ve experienced what some say is the longest bull market in history. But, the Jeddah Tower in Saudi Arabia is on the rise. And the foundations for Dubai Creek Tower have been laid. So does this mean a recession is on the horizon?

In a study called Skyscraper Height and the Business Cycle: Separating Myth from Reality,researchers looked at whether or not skyscrapers were leading indicators of the business cycle meaning,can they predict the direction of the economy? The study compared the tallest building completed each year in the U.S., Canada, Hong Kong, and China to that country’s gross domestic product, or GDP, a common measure of economic health.

The economists found that while a higher GDP can predict skyscraper height, the inverse isn’t true: you can’t necessarily predict GDP based on trends in skyscraper height. If it seems like the recording-breaking skyscrapers foreshadow recessions, this just might be due to the way the economic cycle works.

The economy goes through stages of expansion and contraction. During an expansion, the economy grows. These are optimistic times. The stock market tends to perform well. People have money to spend. Businesses are profiting, hiring employees, and expanding. Maybe these growing businesses need more space, and investors want to speculate on real estate.

So this is when plans for skyscrapers might start. But it takes a long time to build on such an epic scale. At some point, the economy hits its peak the point where it switches from an expansion to a contraction. Prices become too high, and growth isn’t sustainable anymore. During the contraction, economic growth slows down.

Unemployment is higher, because businesses’ profits are lower. People have less money to spend, and there might be a bear market. Often, this might happen right around the time epic skyscrapers are completed which is why they might seem like such uncanny predictors. Think of it this way: saying skyscrapers predict recessions is kind of like saying Halloween pumpkins predict snow.

Like a seasonal cycle, a contraction will follow an expansion the way winter just naturally follows autumn. You’re probably going to see snow at some point after Halloween, but a pumpkin might not be the best way to get your weather forecast. A city’s skyline can’t necessarily tell you how soon the next recession will be.

But the truth is, investors might see as many as 10 recessions in a lifetime if they’re lucky enough to live that long. Recessions are just part of the natural economic cycle. Bear markets, stock market drops of 20% or more, often coincide with recessions. But there are strategies for surviving and even maybe profiting from a bear market.

Long-term investors might want to take advantage of temporarily depressed stock prices and consider buying more. Or they might consider buying defensive stocks in sectors like Utilities, Health Care, and consumer staples. Even when the economy is bad, people still need to eat, pay the electric bill, and seethe doctor, so these stocks may be more resilient.

But remember all investing involves risks including the loss of principal. If you see a steel chrysalis in the sky, it may or may not mean that a recession will unfold. Because, ultimately, no single thing can predict what the economy will do next. But investors should pay attention to the environment around them: clues about the economy’s health are always on the horizon.

What Is Required Minimum Distribution (RMD)?