How do X Ray Work – If a Genie from a lamp told you to choose any superpower, which would you ask for? Me? I’d have take X-ray vision. Seriously, if you can see through people, what else could you possibly need? But I doubt that even a Genie can put an X-ray mechanism into my eyes. It’s all about physics, after all.

As a result of this, there appears an X-ray. Just as simple as that. X-ray electrons coming through a material can either diffuse or absorb, which leads to their slowing. The harder the material is, the slower they will move. That’s why human bones that are hard because of much calcium in them slow down X-rays much more than soft tissues that are 70% water. Air lets them go without any obstacles.

The way X-rays go through tissues gets fixed on the photographic plate as shades of different intensity: the more solid the tissue is, the more intense the color on the plate will be. White spots for bones, grey spots for tissues, and black ones for air. In fact, X-ray pictures are photo negatives, that’s why lighter spots are called “shadows”. 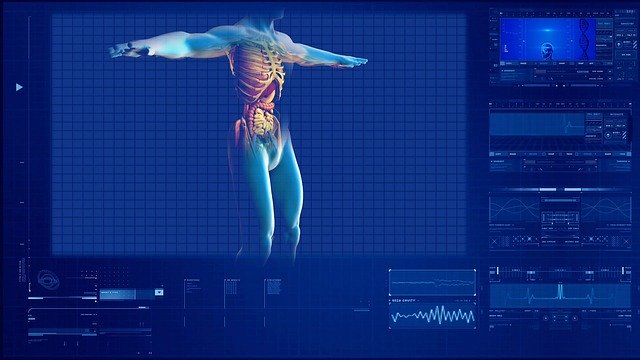 Assume healthy lungs full of air look black on an X-ray picture. A swollen spot of pneumonia will look like a lighter spot, but doctors will say that it’s a shadow. A hundred years ago an opportunity to literally look through a person would seem crazy to scientists and doctors. In fact, the father of X-rays, German physicist Wilhelm Roentgen, discovered them by accident. On November 8, 1895, Roentgen stayed in his laboratory till late at night.

When he was going to leave and turned off the light and all the devices he noticed that a bottle with transparent liquid in one of the corners of the laboratory started shining with a green light. Roentgen noticed that he’d forgotten to turn off a vacuum tube. After he turned it off the light disappeared. He got interested in an unusual effect and started researching his casual discovery.

As the bottle stood in the opposite corner from the tube it meant that the tube was sending out an invisible ray. To check its qualities, the scientist would put different things in its way – a sheet of paper, cardboard, a glass, and even wood boards. The ray could go through all of them without any difficulty.

But when he put there a box with metal weights Roentgen saw their clear-cut silhouette on the wall. He went on and accidentally his hand also got under the strange ray. What Roentgen saw shocked him – he saw the shade of his hand’s bones! He literally was looking through his hand. To record the effect of X-rays Roentgen added a photographic plate to the construction and several days after his casual discovery he made the first X-ray picture in history – it was his wife Bertha’s hand.

Roentgen realized that he’d found a new kind of rays that were invisible to a human eye but could light up anything. He called them X-rays. But it’s not that he considered himself a genius after that. When he was offered to patent his invention, he burst out laughing. He was skeptical about X-rays as he saw no sphere where they could be used.

He just kept experimenting putting all kinds of materials in the way of X-rays. This is how he found out that lead was the only material that did not let them pass through at all. That’s why we still use lead to protect ourselves from radiation. Despite his own attitude towards his discovery, it made a sensation in the scientific community, and the units to measure the amount of X-rays were named after him — Roentgen.

He was the first scientist in history to receive a Nobel prize in physics but he never patented his invention and granted it to people. It allowed some go-getters to use Roentgen’s discovery for their profit. They would open medical offices where anyone could get a picture of their skeleton. One of the newspapers of the time printed an article that claimed that X-rays could turn lead into gold.

Well, though X-rays were not that magical, doctors around the world soon appreciated the value of Roentgen’s invention. They started using X-ray machines to diagnose bone breaks already in 1896. More than a hundred years have passed since X-rays were discovered in 1895, but it is still considered one of the most serious breakthroughs in medicine.

X-rays allowed to diagnose many serious diseases simply and precisely. It’s hard to imagine now, but before X-rays were discovered, doctors had no way to look inside a human body without an operation. Granted, it made the process of treatment much more difficult, and some diseases were impossible to diagnose altogether.

That’s why patients could not rely on medicine very much at the time, and doctors in their turn could give no guarantees. X-ray machines have become more sophisticated since then but the principle of their work remains the same. It was not until the second half of the 20th century that X-ray technology was considered not totally safe as it exposes you to radiation.

That said, it is still a unique and useful method that helps to make a correct diagnosis but should be only used when necessary. Here’s one more thing to show that you shouldn’t fear it. We get much more radiation daily just during our routine. The Sun is the greatest source of radiation that tries to get to us from space.

We are well protected from extra doses by the Earth’s electromagnetic field and its atmosphere, yet still some part of it gets through – the higher above the ground, the more. But it does not hurt us, our bodies are well adapted for it. For the last century X-rays got used not only in medicine. Airport services also use their amazing qualities. They have to X-ray not only passengers’ luggage but also parcels sent by post.

Before parcels and letters get on board the plane they go through a X ray machine which shows their content on the screen. If the employees see anything suspicious or forbidden for post-delivery inside parcels,they will take them off the plane. Airplanes themselves are x-rayed too. It allows noticing tiny breaks and scratches on the plane’s skin.

They are invisible to human eye but could lead to more serious damage if left without repair. The most unusual area where X-rays are used now is expert evaluation of the authenticity of art pieces. This method was used for the first time 70 years ago and is still the most reliable one. Even if the original picture and its copy look the same, X-ray machine will show which one is false.

They help to see how the artist laid colors on the canvas, which technique he used and how many layers of paint there are on the canvas. All these things allow professionals to tell the original picture from the copy very easily. X-ray machine are now widely used in archeology too. When they found scrolls in Pompeii, they were so fragile that any attempt to unfold them would ruin them forever. But X-rays helped to read the text written inside the scrolls without unfolding them! It is a unique example of how a physical method is widely used in life.