How Does Impeachment Process Works for the President – Who’s in charge of the person in charge? Who fires the leader of a country if the leader is breaking the law or not doing their job properly? Who gets to decide that the leader of a country is abusing power or derelict in their duties in the first place? Sometimes leaders are fired or removed from office through a process called impeachment where a governing body accuses and investigates how a leader has mishandled their position or powers.

There are only 4 ways a US president may leave or be removed from office during their term:Firstly, they can pass away.  Eight US presidents have died while in office, four of those deaths occurred via assasination. The first incumbent president to die was William Henry Harrison in 1841, who died after only a month in office. He was followed by Zachary Taylor in 1850.

Only one president has ever resigned in the history of the US. Contrary to popular belief, President Richard Nixon was not removed from office, he resigned in 1974. Thirdly, a president can be impeached, convicted and removed. In this context, a simple definition of impeachment is that the House of Representatives makes formal charges against the president for–to quote the constitution “Treason, Bribery,or other high Crimes and Misdemeanors.”. 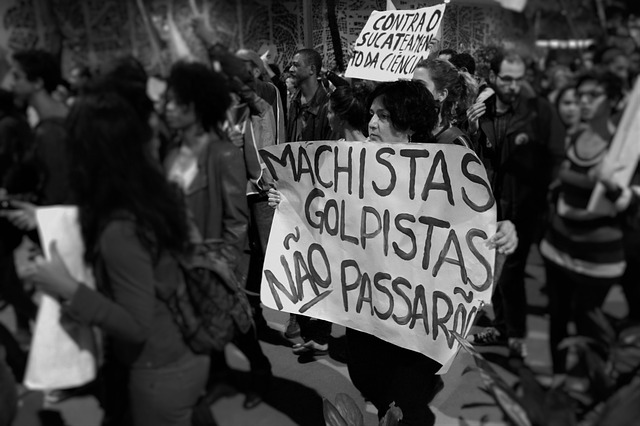 However, generally when people talk about impeachment they mean the whole process, including conviction and removal from office. Basically impeachment is just the starting point for reviewing a president’s actions and determining if those actions fit the clauses set forth in the constitution. Much like a grand jury indicting an alleged criminal, impeachment starts a process in motion to review and investigate the president’s actions.

While at anytime a member of congress could call for a resolution of impeachment, if they are the only representative interested in impeaching the president, it’s highly unlikely that the House would take further action. With support for an impeachment from several colleagues, the Speaker of the House declares that the House of Representatives is going to hold an official inquiry of impeachment into the President’s behavior.

How the Speaker declares the official inquiry is not specified in the constitution, they can hold a press conference, send a letter to the Senate, etc. Over the next several days, if not weeks or months, the House of Representatives collects and reviews information regarding the President’s questionable actions. This investigation may involve holding hearings, subpoenaing witnesses to testify, reviewing transcripts and files deemed relevant to the proceedings, etc.

Once they’ve reviewed any evidence, if warranted the House of Representatives, usually the Judiciary Committee, drafts Articles of Impeachment. Technically, the House of Representative scan set up a special panel to handle the impeachment proceedings or skip the investigation and hold a floor vote on such articles without any committee vetting them.

The Constitution simply says that impeachment is the prerogative of the House of Representatives and does not specify how they conduct proceedings. Once the Articles of Impeachment have been created, the House votes on them. If any article passes by a majority, then the President is impeached. The House of Representatives consists of 435 lawmakers so if any article receives a vote of 218, the article passes via simple majority.

From there, the US Senate holds a trial to decide if the passed impeachment articles are true and they rise to the level of being serious enough to convict the President and remove them from office. The trial is overseen by the chief justice of the Supreme Court. A team of lawmakers from the House, Called ‘Managers’, act as prosecutors while the president has counsel to act as defense lawyers.

The Senators serve as a jury. After hearing evidence and closing arguments from each side and deliberating, the Senate then reconvenes and votes. A super majority or at least two thirds  of the Senate must vote in favor of any Article of Impeachment for the President to be convicted. The Senate consists of 100 members so a simple majority is 51 votes; while a 2/3 super majority vote is 67 votes.

In 1868, during Reconstruction, President Andrew Johnson, who had an ongoing bitter struggle with Congress over division of power was impeached. The primary charge against President Johnson was that he violated the Tenure of Office Act when he fired Secretary of War Edwin Stanton. While 3 of the original 11 drafted Articles of Impeachment were passed by the House of Representatives, President Johnson was not convicted and therefore not removed from office.

In fact on each of the 3 articles, the Senate fell short of the required⅔ majority by a single vote. In the fall of 1973, an impeachment process began over President Nixon’s role in the Watergate Scandal.  In early summer of 1974 the Judiciary Committee of the House approved three Articles of Impeachment against President Nixon, for obstruction of justice, abuse of power, and contempt of Congress.

Before the House of Representatives could vote on the impeachment articles, President Nixon resigned from office on August 9, 1974. President Bill Clinton was formally impeached in December of 1998, on two Articles of Impeachment–perjury to a grand jury and obstruction of justice for his role in suppressing his affair with Monica Lewinsky.

The Senate held a trial and then a vote to convict. The Senate vote pretty much split down the middle by political party and did not receive a super majority on either article so President Clinton was acquitted. During the summer of 1787 when the Constitutional Convention convened in Philadelphia, the delegates spent a lot of time building checks and balances into the government.

Enshrining impeachment into the Constitution created a fail safe–the US president is not above the law.  One of the reasons central to America being founded was that the colonies no longer wanted tobe under the control of a King whom they deemed a tyrant.  So when the founding fathers created 3 branches of government, they wanted to make sure that the executive branch, the elected US president never had absolute power like a monarch.

Impeachment is a way for the legislative branch to check the power of the executive branch. However, the founding fathers deliberately made the impeachment process multi-step, some what complicated and rather vague so it was hard to abuse. Let’s break impeachment down: In article 2, section 4 of the US constitution it says: “The President, Vice President and all Civil Officers of the United States, shall be removed from Office on Impeachment for, and Conviction of, Treason, Bribery, or other high Crimes and Misdemeanors.”.

So the constitution lays out 3 offenses for which the president may be impeached: Treason,which they defined in article 3, section 3 of the constitution as “Treason against the United States, shall consist only in levying War against them, or in adhering to their Enemies, giving them Aid and Comfort”. So basically treason is helping enemies of the United States. Bribery is defined as the giving or offering of a bribe.

So if the president receives or gives gifts or money for personal benefit or political favor, they would be participating in bribery. The third offense deemed worthy of impeachment is ‘high crimes and misdemeanors’ which the founding fathers did not define, deliberately leaving it vague.  For years, constitutional lawyers have debated what this means.

The term comes from British common law tradition. We’ll run with a fairly broad definition: Any misconduct by the president that severely injures the stability, integrity or effectiveness of the US government. Among other actions,this could include obstruction of authority, perjury of oath, abuse of authority, misuse of public funds or assets, tax evasion or unbecoming conduct.

So while a president could break the law, depending on the crime or the severity of the crime, it may not be considered a ‘high crime or misdemeanor’ and therefore impeachment would not be pursued or would likely fail if pursued. The impeachment process is meant to be a deliberate, contemplative course of action. Impeachment proceedings also have a political dimension because members of Congress are conscious about how their actions and votes during the impeachment will play to their constituents and political base.

Furthermore, impeachment actions set precedence. Lawmakers look to the previous impeachments to substantiate how future impeachment proceedings are conducted. If you remember, we mentioned that there are four ways a President can leave or be removed from office. Just to recap the 3 ways we’ve discussed: #1 is through death, #2 is if they choose to resign, #3 through impeachment, conviction and removal.

The fourth and final way a president can be removed from office is if the 25th amendment is invoked. Under the 25th amendment there are two methods in which the president may either temporarily or permanently be absolved of power. Firstly, the President can provide the leaders of the Senate and House of Representatives with a written declaration stating that they are unable to discharge the powers and duties of their office.

Once the declaration has happened, the Vice President assumes all powers and duties as Acting President until the President provides another written statement declaring that they are ready to resume their duties. An example of this clause in action would be in 2002 when President George W.  Bush temporarily delegated power to Vice President Dick Cheney when he underwent a brief medical procedure.

Section 4 of the 25th amendment discusses the second means of either temporarily or permanently removing the president from office–if the Vice President and a majority of cabinet members provide the leaders of the Senate and House of Representatives with a written declaration that the President is unable to discharge the powers and duties of their office, the Vice President can immediately assume the powers and duties of the office as Acting President.

Within 21 days, Congress must vote to permanently remove the president from power. If two-thirds of members of both the House of Representatives and the Senate agree that the President is unfit for office, they are permanently stripped of the position, and the Vice President officially becomes President. This clause is for removing power from the President if they suffer a deficit in their physical or mental faculties and cannot or will not provide Congress with a written declaration.

Currently this option has never been utilized. Do you think the US impeachment process is a fair way of investigating whether or not the president has committed bribery, abuses of power or other severe crimes against their position? Why or why not? Let us know in the comments.