How Likely Are You to Die During a Black Friday Sale? – Are you ready for Black Friday? This year, it will be on Friday, November 29th, a date which will no doubt see a certain kind of modern day madness hit the streets. It starts the Christmas shopping season, and between Black Friday and the holidays, around 30 percent of all retail items for the year will be purchased.

In 2016, an astounding 154 million Americans bought stuff online and in stores, spending$3. 3 billion in total on Black Friday alone, according to Adobe. Over three days, shoppers spent as much as $7. 23 billion, with retailers such as Amazon and Walmart rubbing their already smooth-as-silk hands. The average shopper didn’t hold back, spending $289. 19, according to the National Retail Federation. On the downside, three people died and a handful of others were seriously injured.

First of all, why is it called ‘black’ Friday and not ‘white’ or perhaps ‘pink’ Friday? There are a lot of theories out there, but according to those myth-busters at Snopes, it doesn’t have anything to do with race. Rather, says Snopes, it originated around 1951 when the negative color of black was used to refer to millions of workers that called in sick after Thanksgiving.

The term was later used in relation to the chaos of people shopping on that one day,given that they’d taken a day off. The day was a traffic nightmare, and a pain for the police. Hence, the cops were largely responsible for calling that particular day ‘black’. In recent years, deaths and injuries and fights over such things as Lego pirate ships and cheap Hello Kitty socks have added to the ‘black’ epithet. 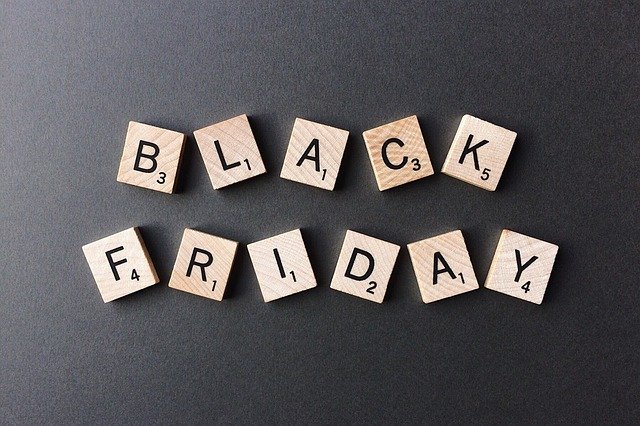 Nonetheless, the shopping frenzy has really only been utter chaos for more than a decade or so, and traditionally more of a US thing than a global thing. That has changed though, and Black Friday is spreading around the world. In 2016 in Leeds, UK, a serious Black Friday injury occurred when an off-duty policeman was stabbed in the neck for getting in the way of a shopper who thought he might take his goods without paying.

“Absolute madness”, said one bystander, saying that the store had just opened its doors. Other countries besides the U. S.  and the UK are now celebrating Black Friday. These include: Australia, Canada, China, Mexico, New Zealand, Japan, Romania, Norway, the Netherlands, Ukraine, Russia, India, Pakistan, South Africa and more.

In 2016 a riot broke out in the latter country over toilet paper that was going for cheap. The biggest shoppers, in the U. S.  anyway, are millennials  who account for 56 percent of all sales from physical stores in 2016. This group also accounts for 62 percent of online sales. That also meant 8 out of 10 millennials went shopping that Black Friday.

A frenzy for the mostly millennial consumer perhaps, but for retailers it’s their bread and butter with a cherry on top. Walmart said in 2016 that Black Friday and Thanksgiving had been bumper days, with Thanksgiving being the online shopping day. On Black Friday itself, Walmart said that the biggest sellers were game consoles, TVs,toys, drones and, believe it or not, pajamas.

Other companies that do very well out of surging crowds are Target, Macy’s, JC Penney, Kohl’s,Foot Locker, Best Buy, American Eagle, and Urban Outfitters. According to Adobe, some of the biggest sellers throughout all stores included PlayStation4, Microsoft Xbox One, Apple iPad, Samsung 4K TV, and Lego Creator Sets.

According to research, one of the biggest things that drives sales nowadays is shopping via smartphones, with Target stating 60 percent of its online sales coming through a mobile device. Walmart said 70 percent of its Black Friday sales were made via mobile. Overall, from total sales for Black Friday 2016, 55 percent came from mobile, which was 45 percent via smartphone and 10 percent via tablet.

The victim’s brother was shot, too, but he survived. Maybe guns are still a big seller on Black Friday. 2015 and 2014 were thankfully good years with no Black Friday shopping deaths happening around the world, although injuries did occur. What’s the worst of Black Friday events? According to Ranker, it was the 2008, “Walmart Stampede”, in which 2,000 ravenous consumers burst through the doors and trampled on top of each other.

It was a scene befitting the social commentary zombie apocalypse movie, and one which must have seen filmmaker George Andrew Romero muttering to himself, “Told ya so”. People were beaten, and even the cops got pushed aside, all for a cheap game console. One unfortunate worker was trampled to death and four more were seriously injured, including a pregnant woman.

2008 was a bad year for celebrating consumerism the only way we know how on Black Friday. In another case, two men went shopping for toys and both of them didn’t get out of Toys ‘R’ Us alive. It started with their partners getting into a fist fight in the aisles and ended with both men pulling out guns and killing each other in the store.

What about your safety? Well, given that just a handful of deaths have occurred over the last decade linked to Black Friday shopping, we can say that you’re pretty safe. The U. S.  murder rate did go up 8. 6 percent in 2016, following a 10. 8 percent increase in 2015, according to the FBI. But this was mostly due to spikes in gang-related murders in places such as Baltimore, Chicago, St. Louis, Washington, D. C., and Milwaukee.

If we delve into the issue of mass shootings, well, Black Friday would seem like a day when that could happen given the crowds that amass in small areas waiting for stores to open. If you are part of the mob of shoppers, well, you know the risks, which could just be getting an accidental elbow in your face.

If it makes you feel any better, the National Safety Council said that almost 40,000 Americans died in traffic accidents in 2016 and another 4.6 million people were injured, so driving to the store is statistically a lot more dangerous than shopping in it. If at all possible, don’t take your gun with you this Black Friday.

In the spirit of Kantian philosophy and his ‘categorical imperative’, if everyone abides to the ‘no gun’ rule, no one will get shot. So, have you ever experienced a Black Friday sale? If so, what’s the craziest thing you witnessed? Let us know in the comments.