How to Get Out of Quicksand Safely – You may not live near an actual jungle, but I suppose any marshy area with dense foliage and plentiful wildlife should satisfy this particular urge. You’re admiring the natural beauty of your untouched surroundings, and listening to the birds singing overhead, when suddenly you find your shoes disappearing in the ground that used to be beneath your feet.

Congratulations Columbus, you’ve trapped yourself in quicksand. See, this is what happens to people who decide to experience nature with basically zero planning. Uhhhh. You at least told someone where you were going, right? No? Well, that might have been a good idea. Don’t worry; everything will be fine.

Keep telling yourself that until the panic attack stops, because the first step to surviving any crisis is to remain calm. This little bit of advice goes double for quicksand. The absolute worst thing you can do is panic and try to force yourself free. Struggling will open pockets in the mixture of sand, water and clay that’s slowly working its way up your legs. 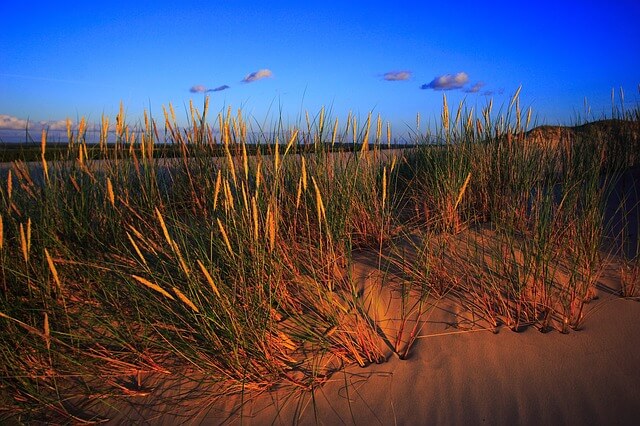 Since there’s no way for air to get into those pockets, they create a vacuum. This vacuum turns the mud around your legs into a natural suction cup, holding you even tighter. Contrary to popular belief, the quicksand probably isn’t deep enough to pull you in over your head, so you don’t have to worry about drowning in the dirt.

On the other hand, fighting the suction is a great way to tire yourself out unnecessarily,and in any survival situation, exhaustion is going to be one of your greatest threats. You don’t want to spend the night buried up to your chest in freezing mud, and did I mention that quicksand is usually found along riverbanks and flood zones?

The first thing you’ll want to do is balance your mass to volume ratio. Hey I’m sinking here, and you want me to do some math?No, that means ditching that overstuffed backpack. The human body is surprisingly buoyant, so as long as you don’t have anything heavy riding on your back, you shouldn’t sink below your waist.

Quicksand is much thicker than water, so while it might not be sturdy enough to support your weight, you shouldn’t have any trouble floating in the muddy pool. At this point, if you have a way of contacting the outside world, you’ll be just fine. Assuming you can accurately describe your location, and it wouldn’t take rescuers too long to reach you, all that’s left is to wait patiently for help to arrive.

But let’s say that waiting isn’t an option. Maybe your phone is out of range. Perhaps you’re more lost than you realized, and it’ll take rescuers more than a few hours to find you. It could be that a nearby river is running a little too high for your comfort. Maybe you just want to be able to say you saved yourself.

Whatever the reason, you have concluded that waiting for rescue is not an option. So, now what do you do? Well you’re havin’ a day now, aren’t ya?Assuming you’ve kept your wits about you, your first instinct might be to find something you can grab on to. Doing so would be a good idea but isn’t always an option.

If your lucky, there’s a sturdy tree within arms reach, or the patch of quicksand itself might be small enough that you can hoist yourself back to the surface. But if luck were your strong suit, you probably wouldn’t be in this situation to begin with,so what’s the next step? Counter intuitively, what you’ll want to do here is lean back into the quicksand.

While that might seem like a terrifyingly terrible idea, remember what we’ve already established: it’s much easier to float in quicksand than in water. That’s the best way to think about it: imagine you’re trying to float in a pool of water,and just do what you would normally do in that situation.

Unless you have aqua phobia and your usual response to being partially submerged in water is to scream for help and flail about wildly. In that case, pretend it’s something else. Oatmeal maybe? Yes, imagine you’re at some exclusive spa, and you’re lying back in a tub of oatmeal. Texture-wise, that probably fits better with what you’re experiencing anyway.

Laying on your back will spread out your surface area, distributing your weight and increasing your buoyancy. At this point, you should begin to slowly and carefully raise your legs out of the quicksand.

Related :  How to speed up WIFI connection at home

The emphasis should be on slowly. Wherever else you have to be today isn’t nearly as important as what you’re doing now. And hey, if you’re late for work, being buried up to your chest is probably the best excuse you’ll ever have in your life. (Yeah boss, I uh, I got caught in quicksand on the way here and, uh, had to save my own life).

It’ll be even more believable if you’re still wearing your muddy clothes…Anyway, once your legs and most of your torso are on the surface it’s time to backstroke your way to safety. What you want to do is slowly and carefully paddle your way back to solid ground. Experts say it’s better to push with your hands rather than your whole arms, and for obvious reasons, you’ll want to avoid submerging them entirely in the quicksand.

It’s important to take your time and be patient. While this might not sound like strenuous exercise, believe me when I say it’s no casual weekend swim. Pulling yourself free of nature’s flypaper isn’t going to be easy and can get exhausting fast. If you find yourself growing tired, don’t be afraid to take short breaks as you move across the surface.

Stay calm as you go. Avoid mental pictures like in The Princess Bride, where Westley dives into the quick sand to save Buttercup. Inconceivable! Remember, whether it’s escaping quicksand or waiting for the next Star Wars, patience is your best friend. Sooner or later you’ll come within reach of solid ground.

By now you’ll be most of the way there, but not quite out of the woods yet. Your upper body may be free, but your feet are very much still in cased in clay and getting them out will be a lot easier said than done. The next step should be trying to get your shoes off. You may not like the idea of trekking back to civilization with nothing but a layer of mud on your feet, but it sure beats the heck out of your current situation, and you’ll have a much easier time freeing your feet than your shoes.

A good strategy is to find a stick and use it like a crowbar to pry your shoes from your feet. At this point, you might be able to free yourself just by pulling hard enough, but if the suction is giving you trouble, or you couldn’t find a suitable tool for removing your shoes, there’s still one more thing you can try.

Related :  How To Fall Asleep Fast

What you need to do is separate the water from the sediment as much as possible, something that can be achieved by moving the submerged part of your body in small circles. Don’t expect this process to be quick, but a few inches here and there can make all the difference. Stay calm, be patient, and you’ll be back on your feet almost before you know it.

Sure, by now you’ll be dirty, cold and probably exhausted, but that was guaranteed the moment you decided to go hiking through a swamp. Plus, when someone asks what you did over the weekend, you’ll have one heck of a story to tell. Just be glad it was the wet kind of quicksand. Found in deserts, the Australian outback and the inside of grain silos, dry quicksand is much less common but radically more dangerous.

If you happen to find yourself snared in one of these grainy traps, your only hope is that someone knows you’re in danger. Buoyancy won’t help you here, and if the dry quicksand is deep enough, you can very easily wind up with your head underground. Or under grain, as the case may be, since this phenomenon is extremely rare in nature, but easily achievable if you somehow take a tumble into a grain silo.

As corny as that sounds…If that happens, you better hope help is on its way, since you won’t be wiggling your way out of that one on your own. So maybe think before you go poking around in the restricted areas of Old McDonald’s farm. With a cluck cluck here and a moo moo there…. Now that you know how to survive if you ever find yourself in a very sticky situation, I bet you’re ready to set out on an adventure of your own.

Tell me in the comments what exotic locale you’d like to explore for yourself. Hopefully, it’s one that doesn’t involve quicksand or large volumes of harvested corn.