How To Make A Man Obsessed With You – Men may have different personalities, but if there’s one thing they all have in common- it’s their psychology. The good thing is that men are simple creatures – they don’t ask for much in a relationship. But, you still have to have dedication, if you want to keep their attention for long. Whether you’re in a new relationship or trying to rekindle that lost passion with someone you’ve been with for years, here’s how to make a man obsess over you!

15. Don’t Play HARD To Get…Play FUN To Get
A lot of women fall into the trap of being too difficult and ‘too hard to get’ – and this eventually drives men away. Bending over backwards just to get a smile from a woman who has her shields up, is no fun at all. The key is to be nice, playful and interested… but make him work for it.

Maybe you pretend like you don’t trust him, or you pretend as if you’re too busy, or hard to impress. But the trick is to always smile, flirt and give him the hope that if he tries a little harder, he can win you over. This will get his adrenaline rushing, and he’ll enjoy persuading you to give him a chance. This is the secret dynamic in the ‘push-pull’ that so many men like.

14. Just Be Yourself
Okay, this may sound cliché… and you probably hear it all the time. But, if you want a man to be deeply obsessed with you, you have to fully accept yourself and just be yourself when you’re around him. This means the good, bad, and the downright ugly. Well… you might want to hold off on the ugly stuff for now – but you know what I mean. Don’t go trying to change who you are just because you think he’ll like you better a certain way. Besides, as the relationship progresses, your true colors will come out eventually.

13. Laugh At His Jokes
Guys love feeling as if you find them irresistible and important; but most of all funny. Since most women want a funny guy, what better way to do it than by laughing at his jokes? You may not always find him funny, but let him think that he is – he’s most likely just trying to flirt with you anyway. One of the simplest ways to make him obsessed with you is by laughing at his jokes. So go ahead. Work your charm and flatter him. 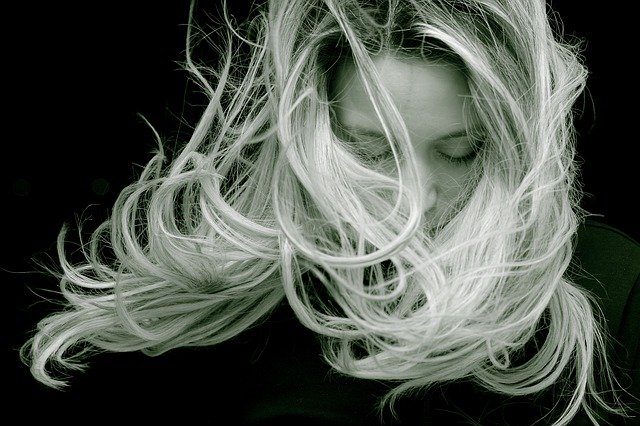 12. Let Your Confidence Shine Through
This is another one I’m sure you’ve heard before, but it’s important that you takeit seriously – because it’s a surefire way to make a guy go crazy over you! Confidence – in the right amount – is totally sexy. It means that you know who you are, and you want the world to know it too – and guys love this!If you truly want to make a man obsessed with you, you need to throw your insecurities right out the window.

11. Be Mysterious
It is a well-known fact, that ‘listening’ is not one of guys’ greatest skills…It’s the reason why mysterious women are so much more attractive to them. So, when you first start seeing a guy, don’t tell him your entire life story in one go. Keep a little mystery. And in the beginning, keep your conversations flirtatious, casual, and non-specific. Allow him to use his imagination to paint a picture of you in his mind. Tell him just enough to keep him intrigued – and he’ll automatically want to know more about you!

10. Be Subtle
If you really want a man to obsess over you, it’s important that you don’t put too much effort into getting him to notice you. Try not to put him up on a pedestal – but don’t forget to lift him up too. This is a bit of a balancing act, because you don’t want to lay it on too thick with an overdose of compliments. On the other hand, you want to pump him up a little. Make him feel important in moderation, and he will have literally no choice but to notice you for all the right reasons.

9. Pay Attention To Your Appearance
Men are visual creatures, and looks do matter. Now, you don’t need to make the pants rise on every man that walks by you, or look like a Victoria’s Secret model. I’m saying that you should take care of yourself, and make an effort to go that extra mile every now and then. Throw on a hot little outfit, wear those sexy heels, add some provocative lingerie – and I guarantee that you’ll have him down on his knees in more ways than one.

8. Smell Good
As science has proven, pheromones are real, extremely powerful, and have the ability toreally turn on a man. So make sure you always smell nice when you meet him! When it comes to shampoos, body lotions, and perfumes, choose scents that are sensual – without being overpowering.

Remember… when it comes to scent, a little goes a long way. More importantly, do not keep changing your perfumes. Let him get used to YOUR smell. As he becomes more emotionally invested in you, subconsciously, even your scent will make him want you more. Associating a particular smell with you, will bring him nostalgia and feelings of warmth.

Related :  The Lurking Dangers of Manicures and Pedicures

7. Wear Red
Research shows that men are more attracted to women in red. Red accessories such as lipstick, high heels, scarves, purses etc.  are all considered sexier than any other color. Recent evidence suggests that coloration may serve a purpose in human mating – as female sexual excitement is associated with reddening of the cheeks, neck, and chest. So… ladies, consider wearing something red if you really want to get your guy’s motor running!

6. Go For Warmth
Research concluded that part of our attraction to others is linked to temperature. For example, holding a warm or cold beverage can influence your judgment of other people. If you’re holding a warm beverage, you’re more likely to view those with you as having warm personalities. So, if you are going on a date, make it a warm place with a warm meal or drink! Also, whenever you get the opportunity, get as close to the guy you like as possible,because close proximity encourages affection – and touching is a definite turn on.

5. Investigate The Competition
If you really want to make him crazy over you, make sure he sees other men checking you out. There’s no doubt, he will step up to the plate when he sees another man interested in you. So don’t be afraid to lock eyes for a second when you feel another man checking you out. If a guy catches sight of this, he is only going to want you more!

4. Don’t Be Clingy
While it’s important to let him know that you’re thinking of him, bombarding him with endless messages and calls will push him away faster than you can imagine. Needy and clingy women are never attractive, so know when to back off and give him his space. Now, don’t mistake this for going dark or silent.

For example, when you’re at a party together, don’t cling to his side the entire time. Excuse yourself, and mingle with the crowd. Look his way a couple of times – maybe wink at him playfully – and let him see you work the crowd. It will drive him wild.

3. Be Unavailable Sometimes
This goes hand in hand with the previous point. Just because you like someone and enjoy being around them, doesn’t mean your life has to revolve around them 24/7, right? You still have your work, responsibilities, and personal affairs to attend to. Besides, men don’t want to be shadowed around too much.

Which means that you’re not making him obsess over you if you’re always there…So, don’t always drop your existing plans or hit pause on your life for a guy. Make yourself unavailable sometimes. Show him that you are a busy person too, and that you still have your own life.

Surprisingly, men find someone who is busy doing their own thing to be extremely attractive. It means that you don’t need someone else to plan your life around. This way, he’ll get curious about what you’re up to, and he will ask for your time – and you won’t have to pester him for company.

2. Reveal Yourself Little Bits At A Time
Never show all of you at once. When it comes to finding simple ways to make him obsessed with you, one of the most effective ways is to show a little bit of skin, a little bit at a time. Don’t give him everything he wants without having to work for it. Make him drool a little, and keep your bits to yourself until you’re ready – that’s if you want to make him obsessed with you.

1. Learn To Be A Teaser
Men are often programmed by their smaller head. And when you delay satisfying him, you are only going to increase his desire for you. Send him sexy text messages, and perhaps let him know what you would like to do with him- when given the opportunity. Of course this depends on how well you know the guy, and where you are in your relationship.

With these tips, you can see that you don’t have to sacrifice too much, or go through a life-changing quest to make a man obsessed with you. Most of these tips actually focus on making yourself better – which is of course, to your benefit as well. And even though, not every man loves the same things, by following the tips on this list,you’re sure to make any man go absolutely crazy over you!

Now, ladies… I know that you don’t seek out to do EVERYTHING for us guys… but, you’ve probably tried to get a guy to obsess over you at some point. Have you tried any of these tips before? Did they work for you? What else have you tried? And guys, what are YOUR thoughts on this list? Let us know in the comments below.

The Lurking Dangers of Manicures and Pedicures

All About French Manicures

What your butt shape says about your personality

5 signs you are skinnier than you think

9 manicure mistakes you didn’t know you were making