Most Googled Facts Ever – We humans are born with an innate curiosity. If you don’t believe me, ask Google! Most of the questions people search start with the word “why”! Why is the sky blue? Why do birds stand on one leg? Because it’s easier to roller skate that way. Just kidding. So, care to learn the answers to the most common “whys”? Here you go!

1. Brace yourself for an awful disappointment: flamingoes are born gray. Aw! But their feathers turn pink later on because of a natural pink dye! The birds get it from their diet, which consists of blue-green algae and brine shrimp. Yum!

2. Each BIC pen has two tiny holes in it to keep the air pressure equal outside and inside. It helps the ink move toward the tip.

3. Snails aren’t as harmless and cute as you might have thought; who thought snails were cute? Snails have anywhere from 1,000 to 14,000 tiny sharp teeth.

4. The MARMITE company, which produces spreads made from yeast extract, created a special travel size jar. The reason for this shake-up was the fact that Marmite became one of the most confiscated things when travelers were leaving the UK through airports.

5. In Canada, you can legally pay for your purchases in coins featuring Superman. In 2015, they produced 350,000 coins with Superman on the heads. 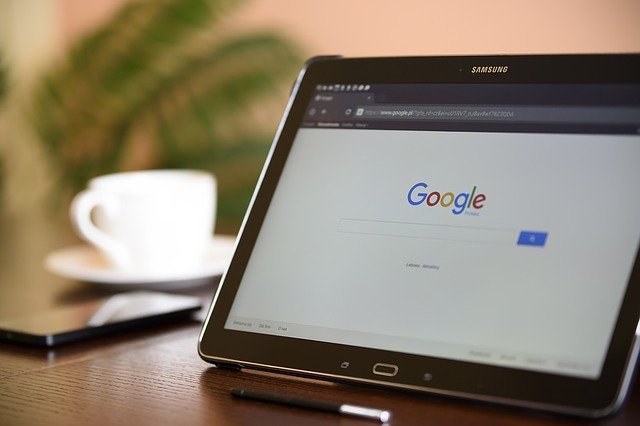 6. You’ve probably noticed that most manholes, as well as their covers, are round. First of all, this shape is easier to manufacture. Secondly, manhole covers can weigh up to 249 lbs! And their round shape makes it easier for road workers to move them from one spot to another.  And finally, round manholes can resist the compression of the Earth around them the most effectively.

7. The Rubik’s Cube might be even trickier than you thought. After all, it took Erno Rubik, the creator of the famous cube, a staggering one month to solve it! On the other hand, in June 2018, the record time was already 4. 22 seconds!And I haven’t even solved mine yet…

8. Leap day, which is February 29, is absolutely necessary to keep the calendar on track. Our planet doesn’t orbit the sun in exactly 365 days, and the leap day compensates for the Earth’s not-so-perfect orbit.

9. Square watermelons, cultivated in Japan, were supposed to fit better inside small fridges and be easier to stack. So, to stay in this unusual shape, square watermelons have to be picked before they’re ripe, which makes them inedible. On the other hand, you can use them to decorate something, for example, your kitchen.

Related :  What Small Triangles Above Your Airplane Seats Mean

10. Yikes stripes! Stripes serve as camouflage for tigers, effectively hiding them from other animals. But the most curious thing is that tigers have not only striped fur, but striped skin as well. What’s more, no two tigers have the same stripe pattern, which makes stripes something like human fingerprints.

11. In the past, men’s dress shirt collars were detachable. It helped people save money on laundry costs: after all, the collar is the part of the shirt that gets dirty the fastest and most often!

12. Sunsets on Mars are blue, which has to do with the Martian air – or rather with the fine dust floating in it. This dust is just the right size for the blue light to penetrate the air more freely than the light of other colors. Interestingly, this works only in the direction of the sun, and the rest of the sky, meanwhile,remains orange or yellow.

13. Ever heard the word “footage” related to film making? It goes back to the early times of cinematography when they measured films in feet while editing them.

14. You see the sky as blue because this color travels in smaller, shorter waves. As a result, it gets scattered around more than other colors, and you can enjoy the sapphire blue of the cloudless sky.

15. You can easily make a steak from a watermelon. What’s this thing with watermelons lately? The thing is that when you bake a watermelon, most of the liquid inside evaporates, and its textures change dramatically. As a result, it starts to resemble raw fish, or even a piece of meat. There are different methods of cooking watermelons, and depending on the one you choose, it can take you from several minutes to a couple of hours to get the end result.

16. Bringing one leg up to their body helps birds keep warm when it’s chilly outside. This way, they reduce the amount of heat that otherwise gets lost through their unfeathered legs by half.

17. The northern leopard frog is the scariest creature I’ve ever heard of: it swallows prey with the help of its eyes! This amphibian can press its eyes deep down into its mouth, and this movement helps the frog to swallow. Ew. By the way, this tactic is also used by some other frog and toad species. I think my brother in law can do that too.

18. Clouds may look light and fluffy, but, in fact, they’re anything but that. Researchers have discovered that one cloud can weigh more than 1 million pounds! They’ve come to this conclusion after calculating the cloud’s water density and multiplying this number by the volume of the cloud. Kinda makes you think twice about standing under one of them, now doesn’t it?

19. In Singapore, you’ll find the world’s tallest vending machine where you can buy. . .  a car! The unusual 15-story vending machine is filled with high-end used cars. By navigating a touchscreen on the ground floor, you can browse through cars, and as soon as you choose the one you’re interested in, it’ll arrive within a couple of minutes. After you buy it, you can either have your new baby delivered, or pick it up right thereat the vending machine!

20. One of those weird questions people are super-curious about is “why is my cat afraid of cucumbers?” Well, first of all, cats are cautious and alert animals, and when a cucumber manages to “sneak up” on them, of course they get terrified. Secondly, it’s likely that cats instinctively associate cucumbers with snakes because of how elongated and green they are. But one thing worth mentioning is, “Do NOT try to scare your cat with cucumbers”. It’s a big stress for your pet. Be nice.

21. You can’t bring your pooch along if you travel to Antarctica. Since April 1994, all dogs have been banned from this continent because they could infect seals with diseases that they aren’t immune to.

22. You don’t sneeze in your sleep, simply because your brain shuts down this reflex while you’re slumbering.

23. Science hasn’t figured out for sure why people yawn, but yawning might be a special mechanism which helps your brain cool down. As for why yawning is contagious – it still remains a mystery.

24. The brain is the fattiest organ in your body because it’s composed of approximately 60% fat! Oh, and by the way, your brain generates more than 23 watts of power when it’s awake.

Related :  Benefits of eating turmeric everyday see what happens to you

25. From the 1920s to the 1970s, shoe stores in the USA, UK, Canada, Germany, Switzerland,and South Africa used X-ray machines to measure people’s shoe size! It wasn’t until the second half of the 20th century that people realized how dangerous radiation was, and stopped this practice.

26. Super powerful earthquakes can make days shorter, because they move the spin of the Earth’s axis! For example, in 2011, an earthquake in Japan cut your days down by 1. 8 microseconds. And the ravaging Sumatra earthquake of 2004 cost you 6. 8 microseconds! Well we’ve lost enough time here, so let’s move on.

27. Yellow is the color that is the easiest to spot, even in the darkness. That’s why taxis and school buses are mostly this shade.

28. The Eiffel Tower isn’t totally straight. What I mean is that the construction tends to lean away from the sun because the metal it’s made of heats up and expands. As a result, the tower can move as much as 7 inches!

29. However unbelievable it may sound, a cat’s purr starts in its brain! And only after that, the brain sends orders to a cat’s throat muscles, which then start to make 25 to 150 vibrations a second! As for why cats purr, the reasons vary a lot: from feeling happy or healing themselves, to being frightened or threatened!

30. Ants might be way more social than you thought. Sometimes, ant colonies unite and form super-colonies. For example, you can find one such colony in Japan: more than 306 million worker ants,and almost 1 million queen ants live there. But that’s not all. Sometimes, super-colonies unite – and turn into what? mega-colonies! One of them covers three continents: the west coast of Japan, California, and the Mediterranean coast in Europe. This mega-colony, which is inhabited by billions of ants, is the most populated animal society ever recorded!

31. Don’t take the assumption that light travels at the speed of, well, light, for granted. The slowest light ever moved at only 38 miles per hour! It happened when it traveled through ultra-cold atomic gas. I think this is a good place to stop. When we start talking about gas, I might end up saying all sorts of things.