Most Wanted Americans by Interpol (2019) – Another year is almost over, and that means it’s time to take a look back at a year in crime and find out who Interpol has listed as their most wanted Americans in 2019. To land on the list you must have fled the country where you committed the crime, in this case that’s the US, and be requested by your home law enforcement agencies.

Not just anyone gets to be on this list, only the most evil and heinous of criminals- or at least ones that manage to slip through the net and flee their home, seeking freedom abroad. 10. Eugene Palmer In 2012 Tammy Palmer filed a restraining order against her husband, John Palmer after a slew of marital problems.

At the time Tammy and John Palmer had been living in a home owned by Tammy’s father-in-law,Eugene Palmer. Enraged that his son had been kicked out of the home and was forbidden from getting within 500 feet of it, Eugene Palmer got his revenge. On the morning of September 24th, 2012, Tammy went to walk her children to the bus stop, and on her way back Eugene was waiting in ambush in the woods.

He opened fire from afar with his shotgun, hitting Tammy in the arm, then missed with the second shot. Approaching the wounded Tammy, he delivered a close-range blast to her chest that killed the mother of two. Eugene immediately went into hiding, and despite many believing that he died in the woods due to his diabetes and need for blood pressure medicine, the FBI believes that due to his outdoor survival skills he may still be living in the wilderness of the US or Canada. 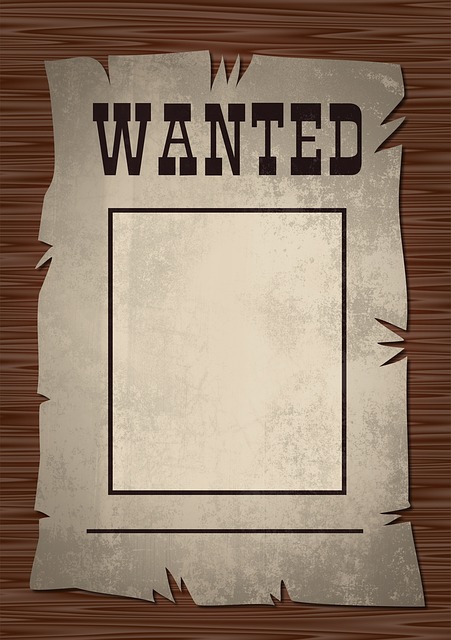 A $100,000 reward has been offered for any details leading to his arrest. 9. Carlos Leopoldo Alvarez On July 14th, 2016, Carlos Leopoldo Alvarez and an accomplice were transporting 32 kilos of cocaine on a speedboat from the Bahamas to Key Largo, Florida. Discovered by a US Customs vessel, the authorities immediately gave chase and raced the speedboat all the way back to land.

8. Wayne Melbourne Littlefield
In December 2011 police in the Philippine city of Cebu City got an anonymous tip that an American had two young girls in his hotel room. Raiding the hotel room, police discovered Wayne Melbourine Littlefield along with an older girl who was in fact pimping out the unnamed 13 year old victim to Littlefield.

Advertisement
Related :  An Average Day in the Life of Queen Elizabeth II

Unfortunately while he was being tried Littlefield successfully evaded the authorities, and remains in hiding to this day. Unable to return to the United States, it’s believed that he is likely still in the Philippines though may have taken a boat to other nearby nations.

7. Yuzef Abramov
Preying on young girls for an unknown number of years, Yuzef was sentenced to 150 years for the rape of a 12-year old girl in Russia. Convicted of a total of six felonies, Yuzef has been traveling worldwide and abusing young girls possibly for decades, and has a clear sexual predatory behavior.

After arriving in Russia from Los Angeles in 2009, Yuzef cornered a 12-year old girl and then raped her, threatening to cut off her head if she told anyone about what happened. Five months later Yuzef returned to Russia and abused several other girls. He would return in March, when after believing that the three young girls had spoken to police about him, Yuzef along with two accomplices threatened the girls with a knife and then took turns raping each girl, threatening their lives if they ever spoke about what happened.

On subsequent visits, Yuzef continued his sexual assaults on at least two of the girls. Despite being in custody, Russia still requested Yuzef be Red Noticed by Interpol in case he is ever released early, although with a 150 year prison sentence this is unlikely.

In Russia Yuzef faces the death sentence, so it is likely better for him he remain in prison here in the US until he dies- although we wouldn’t mind if some vengeful gangbangers gave him their own version of the death sentence. Child molestation is not a popular crime in American prisons, and Yuzef was a truly despicable predator.

6. Roland Aguilar
On the night of September 26th, Roland Aguilar, posing as an amateur photographer, met with a young model at a local bar. The two spent a few hours together with Aguilar taking photos of her as she became more and more inebriated, and finally when she passed out, Aguilar carried her out and to his car.

From there Aguilar took the woman to a hotel room, though not before a security officer spotted him carrying the unconscious and scantily clad woman in his arms. The security officer immediately called the police. Upon arriving the woman was still so inebriated that she wasn’t aware of any wrongdoing and thus did not raise an outcry.

Unable to do anything about the situation, the police left, and it is either prior to or after that Aguilar raped the young woman. Eventually as her memory returned, the woman was able to piece together what happened and contacted the police. Unfortunately Aguilar was by now long gone, though police believe that there are many more victims out there.

5. Sunil Raniyal
Sunil Raniyal is wanted in India for his connection to a plot to kill Indian filmmaker Mahesh Bhatt. It is also believed that he joined in other attempts to kill other prominent Indian film makers or actors, and likely had a hand in an intimidation racket meant to eliminate rival film makers in India. Wanted for attempted murder, forgery, and extortion, Sunil remains at large, though in 2014 Indian police arrested 13 men believed to be part of his gang.

4. John Lytus
Wanted by Nicaragua, 55 year old John Lytus has a previous criminal record as a registered sex offender. Lytus was also charged with the murder of a 30 year old woman, whom he sexually assaulted before killing and dumping her body on the side of a road. Later, Lytus was taken into custody by American police forces after kidnapping a homeless pregnant woman, tying her up, and torturing her inside his RV.

Lytus sexually assaulted her and physically tortured her for about 12 hours, threatening to kill her if she didn’t do what he wanted. In Nicaragua Lytus is wanted by officials for sexual assault as well as aggravated assault and robbery, though with a 45 year jail sentence here in the US, it’s unlikely Lytus will ever see the light of day again.

3. Daniel Leija
A school-bus driver, Daniel Leija is wanted by both the United States and Mexico. Arrested in 2002 here in the United States for the rape of several minors, Leija was charged with seven counts of child rape. His family however put up $60,000 in bail and managed to get Leija free for the duration of the trial.

Related :  A Man Who Fell from Space to Earth

The next day prosecutors planned to file 21 more counts of child rape and 12 counts of sexual exploitation against him. By that time though Leija had already boarded a plane and headed for Mexico, where he has remained in hiding since. Known to be a predatory child abuser, it’s feared that Leija is continuing his assaults on young girls in Mexico, and thus authorities in both nations continue their hunt for Leija.

2. Horacio Carlos Teran
In 2013 Horacio Carlos Teran went on trial for five counts of child molestation, though unfortunately the jury was unable to reach a verdict. Of the twelve jury members, eight found him guilty, two not guilty, and another two remained undecided, and the judge was forced to declare a mistrial.

Teran put up a $50,000 bail and then promptly skipped out of town, despite the prosecution requesting that he be held without bail. Teran allegedly played a game of tag with two young neighborhood boys that they called “monster”. Upon tagging one of the boys, Teran would then take the boy to his “monster cave”in his backyard, and tell him to close his eyes. Teran would then fondle the child and have the child touch him as well.

1. Willis Gonzalez
In 2011 Willis Gonzalez, along with the rest of his Dominican gang, intervened in what was supposed to be a one-on-one fight between a friend and a man the friend had gotten into a confrontation with earlier. The fight started off with both combatants fighting alone, but soon Gonzalez and other gang members intervened, pushing down the opposing fighter and beating and stabbing him to death.

Gonzalez then chased one of the victim’s friends and ran him down, fatally shooting him. Other members of the gang were arrested and tried for their crime, but Gonzalez is believed to have fled the country. Today it’s believed that Gonzalez is in the Dominican Republic where he has family ties,and authorities in both the US and the Dominican Republic continue their search for the murderer at large.

Another year, and another list of Interpol’s ten most wanted Americans. If you do there’s a good chance that there’s a hefty reward waiting for you if you contact authorities and turn these crooks in! Have you ever tipped the police off to a crime, or a fugitive? Let us know in the comments.