Stop Using Escalators the Wrong Way – So every morning I feel as if I’m trying to accomplish a particularly tricky quest. Wrestle out of the packed subway car – done. Avoid getting lost and carried away by the crowd – done. Reach the escalator and join the gridlock at the entrance – done. At least all the commuters are following the common escalator rule: stand on the right side, walk on the left.

After all, it’s the most effective way to use an escalator, right? actually, it’s wrong, wait, what? but this practice makes perfect sense: you can always choose whether you want to relax and let the machinery do all the work or save time and walk up! well, let me break it to you: it turns out that we’ve been using escalators inefficiently all this time.

A 2011 study from the University of Greenwich figured out that while 75% of people choose to stand on escalators, only 25% walk up. It means that half of the escalator is serving just one-quarter of commuters. Besides, there are more gaps on the walking side of the escalator than on the side where people stand. In 2015, the London Underground started a three-week trial of a revolutionary approach to using escalators. 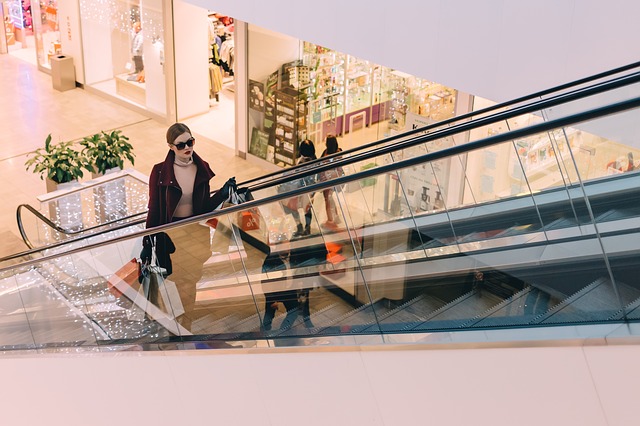 They chose the Hol born Tube Station, which is a busy transfer station, with 56 million people passing through every year. Employees of Transport for London asked commuters not to walk on the escalators. You might guess that asking politely wouldn’t work in a crowd of people desperate to get to work. That’s why the employees used megaphones and even blocked walking traffic.

On top of that, they asked people traveling together to stand next to each other on the escalators. As for couples, they were encouraged to hold hands to serve as a live fence and prevent others from passing. The organizers of the experiment were astonished to find out that the method worked even better than they had predicted. See for yourself: during the morning rush hour between 08:30 to 09:30, the average escalator used to transport about 12,750 people.

But during the trial period of standing rules, the same escalator moved 16,220 people!, plus, according to the researchers, the congestion at the entrance of the escalators was reduced by almost 30%! But if you think that the trials were going smoothly and painlessly, think again. Imagine that you’re in a hurry to catch your train or to get to your workplace, and suddenly you’re told to hold your horses and standstill.

Wouldn’t you rebel? well, the commuters who unwittingly participated in the experiment did. People kept pushing each other, shouting and arguing. It seems that the problem lies in human nature: we want the result right away and are unwilling to postpone it in the interest of the greater good. On the one hand, it makes sense that the more commuters to get on an escalator at once, the smaller the bottleneck at the entrance will be.

Therefore, your ride will take less time. But for escalator walkers, it sounds counter-intuitive and doesn’t feel like a worthy trade-off. Interestingly, people didn’t feel all that indignant about the new rule on longer escalators. On such escalators, commuters already preferred to stand on the walking side rather than move.

First, the distance is too long to climb. Secondly, escalator stairs are wider and higher than your ordinary stairs, and you need to spend more energy to get to the top. But is the time difference between walking and standing really that great?, not at all! Researchers from Capgemini Consulting timed themselves while standing vs. walking on escalators at the Green Park Station in London.

Related :  Why is Supreme So Expensive and So Many People Obsessed with It?

It turned out that it took a commuter 26 seconds to walk to the top of the moving escalator and 40 seconds to get there while standing still. At the same time, the total time people had to spend standing in line at the entrance of the escalator and then riding it became significantly shorter if commuters were standing on the escalator side by side.

As for the line at the entrance of the escalator, instead of 73 people, it dropped to 24. But there’s another argument for why people should stand on escalators side by side. When most commuters stand on the right (or on the left, depending on the country), the weight on the stairs gets distributed unevenly. As a result, one side of the escalator experiences a much greater strain than the other.

It leads to an increased risk of the escalator breaking down, which, in turn, may lead to some nasty accidents. By the way, since we’ve started to talk about dangers and risks, walking is the main cause of escalator injuries. With all the benefits of standing on escalators, why is it so difficult to get people to follow this new rule?.

The problem is that most commuters, especially Americans, prefer to keep a bigger distance between themselves and others. Have you ever seen people putting their bags next to them on buses or trains so that nobody can join them? Right, that’s what I’m talking about. The average American likes to have at least 1 and 1/2 ft of personal space separating them from other people.

Related :  14 Sleep Mistakes You Didn't Know You Made

Naturally, when you stand on an escalator, this distance is much smaller. It makes people feel uncomfortable, and some of them choose to walk to avoid the risk of a stranger invading their personal space. On top of that, the “walking on the one side, standing on the other” rule is deeply ingrained in people’s minds. At the times when cities were becoming more crowded, the rhythm of life was also getting more hectic.

People needed to get from one place to another as fast as possible, and that’s when the walking-standing split became the norm. And here we are now. Anyway, the idea of all commuters standing on escalators side by side sounds reasonable. But there are also a lot of experts who are sure that walking on escalators is still a much safer and better way to get to your goal.

First of all, when all the commuters stand next to each other in two lines, it puts additional weight on the escalator. As a result, it may start to break down or wear out much faster, which may lead to dangerous accidents. The supporters of the “everybody-walks” idea also say that if nobody was standing on the stairs and everybody was moving, there would be no gridlocks at all.

Well, although reasonable, this advice doesn’t sound like fun when you’re returning from the airport with a heavy suitcase. Another argument in favor of walking on the escalator is that when you move, you pay more attention to your surroundings. Thus, you may notice that something’s gone amiss and avoid an accident. And finally, they say that walking up the stairs is healthy and counts as doing physical exercise – Stop Using Escalators the Wrong Way