European Space Agency – When people are asked to name the “big players” of the space industry their minds usually go to the United States and Russia, and maybe, as of more recently, China. But believe it or not: the European Space Agency, ESA, spends almost twice as much money every year as it’s Russian counterpart who in turn spends more than twice as much as the Chinese.

This means that ESA is second only to NASA when it comes to money spent on space. Yet no European astronaut has ever stepped on the moon, and ESA has never had their own space stations or space shuttles. In fact, ESA has never actually sent a human into space. So what exactly is the European Space Agency, and what have they been doing with all that money? Well, like many things in Europe, ESA is very complicated.

However, greatly simplified: It’s an organisation in which a bunch of countries collaborate while also having their own national space agencies. Sort of like a European Union of Space Travel. The ”European Space Research Organisation”, as it was called then, was founded just as the space race was heating up.

However, as opposed to its contemporaries, the ESRO’s purpose was never to “boldly go where no man had gone before”. They decided instead to focus on unmanned spaceflight. But in the beginning the budget was low, so they started out small:While the US and the USSR raced to the moon, The Europeans were launching rockets that just barely touched the edge of space, collecting scientific data before falling back to earth. 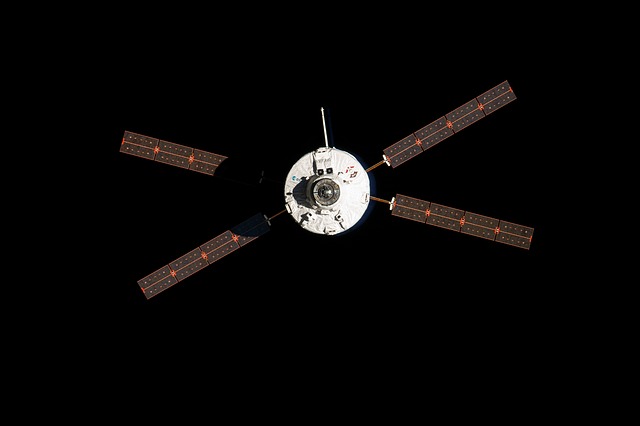 Because of this, the first Europeans in Space were not astronauts, but cosmonauts. However, the ESRO eventually decided that they couldn’t be a space agency without astronauts forever, so they struck a deal with NASA: The Europeans would build an attachable lab unit for the brand new space shuttle, In return,some ESA astronauts would get to tag along into space.

European astronauts ended up being an occasional part of the Space Shuttle program, from the beginning to the end. However, even as they collaborated with NASA the ESRO did not believe that the Space Shuttle would be capable of filling the space-launching needs of every government and organisation in the world, as the Americans promised.

In 1975 The ESRO was merged with another agency, the European Launcher Development Organisation, and was given its current name. This also meant that they inherited a mission to develop an independent European launch system. The rocket that resulted became known as the Ariane, and it turned out pretty well.

Ariane had the benefit of being capable of sending two satellites into orbit at once,making “two for one” deals possible and saving a lot of money. Another great advantage ESA had was it’s amazing space port. Guiana Space Center lies just north of the equator, an ideal position for putting satellites into orbit, as many of them are supposed to go around the earth’s equator.

The Europeans decided to go with the more classic kind of rocket and it paid off: The American space shuttle, though undoubtedly extremely cool, never quite became the cheap space-trucking service it was supposed to be, and Ariane would end up being a better option if you wanted to get your payload into space for a good price.

The day-to-day launch operations of the Ariane were handed over to a subsidiary company called Ariane space, who became the first commercial launch company, although it was owned by governments.

Related :  What is Google Stadia and How It Works

They would go on to lead the commercial launch market until being blown out of the water by SpaceX. But for now, with astronauts in space and a shiny new rocket ready for launch, ESA turned again to its original purpose: Since then they have, among other things: Flown by comets, catalogued stars, found tons of exoplanets, orbited and studied Mars, Venus,the moon and the sun, and landed on Saturn’s moon Titan.

They’ve measured all sorts of gamma rays and magnetic fields and worked with NASA on tons of projects including the famous Hubble Space Telescope. In one of their more “high profile” missions they bounced a probe around the solar system for a decade performing advanced gravity-assist manoeuvres before landing it on comet.

And the future will be no less exciting, over the next few years ESA plans to: Study Dark Matter, look for more exoplanets, orbit mercury with two probes at once, land a rover on Mars, look for life on Jupiters icy moons, and launch the successor to Hubble, the James Webb Space Telescope, which it also helped build.

In short, ESA have been, and will continue to be, a frontrunner of the unmanned space exploration scene. Along the way there have occasionally been plans for a real European manned spaceflight program. For a while, “the Columbus Program” promised a European space station travelled to by a small space shuttle called the “Hermes”.

The program was eventually cancelled but part of the proposed space station became the Columbus lab that is now a part of the International Space Station. To which, nowadays, ESA astronauts travel all the time. Although, like all the rest of them, they ride Russian Rockets. Last but not least, perhaps the biggest contribution ESA has made to mankind, and where most of its budget goes to nowadays, is earth science.

Related :  How Does Wireless Charger Work

A lot of what we know about our planet and it’s environment comes from the countless ESA satellites that have been, metaphorically, picking apart the earth for decades. That kind of mission doesn’t bring you the glory that raising a flag on the moon or constructing a billion dollar space station does. However they’re important all the same. ESA has always been more than happy to take the backseat in the human spaceflight contest and fly their awesome probes and satellites under the worlds radar.