The Truth Behind the Lake Michigan Triangle – It’s not so hard to imagine something mysterious like ships and planes vanishing in the infamous Bermuda Triangle. The ocean is big and full of wonders, after all. But what about, say, a lake? It’s not so absurd when we’re talking about one as huge as Lake Michigan. Yes, The Michigan Triangle is a thing, and it’s just as eerily inexplicable…

First and fore most, let’s get to know more about the one responsible for so many unexplained vanishings. The North American Great Lakes are all massive,  and Lake Michigan itself is the 4th largest freshwater lake in the world. With a surface area of 22,400 square miles, it’s got plenty of space to fit its own triangle capable of “poofing” vessels away in the blink of an eye.

Now, about that triangle: it’s situated in the lower half of the lake, with a corner at Manitowoc, Wisconsin and the other two at Ludington and Benton Harbor, Michigan. It’s 16 times smaller than the Bermuda Triangle, but strange events happen here no less frequently,especially if you keep in mind the difference in size. 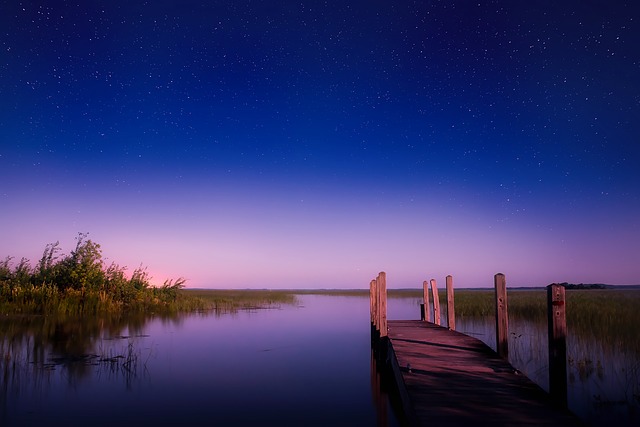 Some witnesses report seeing a strange glow under the surface, others swear they saw a UFO in the skies over the lake, and so many just feel uneasy being there. So, you ready to dive in? The first case goes way back to the 17th century, when the Great Lakes started to become a means of moving goods for trading.

That was also a time when explorers were trying to find the Northwest Passage to connect the Atlantic and Pacific Oceans. The Great Lakes would, obviously, prove fruitless in that pursuit, but they didn’t know that back then. Anyway, in August of 1679, a French ship called Le Griffon was sailing across the un chartered waters of the Great Lakes.

She was the first major-sized ship to sail on the lakes, and her mission to establish a large-scale trade route in the area was going quite well. But when she made it to Lake Michigan, Le Griffon… just vanished. Well, here we need to get some things straight first. At that time, a ship vanishing wasn’t really a headline-making mystery like it is today.

You see, if you have no means of ship detection like radars and no way of rapid communication like radio, vanishing is what technically happens to every ship that meets its demise one way or another. But this story has a lot of missing puzzle pieces. For example, the cause of Le Griffon’s disappearance never was fully established.

Advertisement
Related :  Where Is Planet 9?

Some evidence points at a sudden storm, while others believe it was rival traders that attacked and destroyed the vessel or even perhaps a mutiny of the ship’s crew!Plenty of theories, no real answers…. The weirdest thing is that Le Griffon’s wreckage never was found. It’s such a mystery that the search continues to this very day.

Plenty of wreckage hunters claim to have found the ship, but none of them were ever confirmed. I guess the good news is that this never-ending search for Le Griffon’s resting place at the bottom of Lake Michigan has resulted in the accidental discovery of other lost ships that sank there. But Le Griffon itself? No such luck…

Even if the reason for Le Griffon’s disappearance was a sudden storm, could this storm be a bad omen for centuries to come? It well could’ve been because this vanishing was only the beginning of a series of unexplainable events. The next noticeable vanishing happened in 1891 to the Thomas Hume schooner.

It was reinforced well for its purpose – to transport huge masses of lumber from Muskegonto Chicago – but these reinforcements couldn’t save the ship…While sailing alongside its sister ship, the Rouse-Simmons (which, by the way, would also be claimed by Lake Michigan two decades later in 1912!), the two saw a storm on the horizon.

The Rouse-Simmons decided to head back to Chicago, while the Thomas Hume would try and weather the storm. The schooner never did make it back to its home port. The search for the ship was initiated almost immediately, but with no results for almost 120 years. That is, until a wrecked ship believed but never confirmed to be the Thomas Hume was surveyed in 2010.

Whether or not the schooner’s underwater grave had, indeed, been found, one thing’s for certain: this wasn’t the first and it wouldn’t be the last victim taken by The Michigan Triangle…There would also be the Rosa Belle. Also a lumber schooner, she set off on her final voyage from High Island to Benton Harbor in 1921.

She never made it to her destination either…. She was found later drifting aimlessly on the waters of Lake Michigan after being capsized by some great force. It looked like Rosa Belle suffered severe damage to her hull as if something had crashed into her along the way. But the thing is, there were no other ships anywhere near the course Rosa Belle was on.

To add to the mystery, the ship’s crew was nowhere to be found and never heard from again…Well, are the hairs standing up on the back of your neck at this point? Oh, just wait because there are even weirder events surrounding this mysterious lake…On April 28, 1937, Captain George R.  Donner was commanding his freighter called Mc Farland through the ice of the Great Lakes.

It was a harsh trip, and a sleepless night filled with tension had taken its toll on the tired captain. After making it through the ice and into the “safer” waters of Lake Michigan, Donner decided to take a break before docking in Port Washington. He instructed his crew not to disturb him until they arrive, went into his cabin, and locked it from the inside.

The crew tried to call for him when they arrived at the port, but he wasn’t answering. Finally, panic-stricken that their captain was in need of help, they broke into his cabin…but the man wasn’t there!After a meticulous search through every inch of the ship, no trace of Donner was ever found.

To this day, the mystery of Captain Donner’s vanishing has no reliable answer to it whatsoever…With the onset of modern times, it may seem like mysteries are going extinct. Echolocation helps experts find shipwrecks, communication devices and GPS keep the coastguard constantly updated on the state and whereabouts of any ship on the water, and even vessels themselves are sturdier than ever.

But on the other hand, the safer the times we live in, the less explainable are situations in which everything goes terribly wrong. And when your fancy devices can’t explain what you don’t understand, that is a particularly frightening feeling. This next story is the epitome of that terrifying sense of dread, and it made a lot of buzz back in 1950…

For starters, it didn’t happen to a ship but to an airplane!Northwest Orient Airlines Flight 2501 had taken off from New York and was headed for Seattle on June 23. When the plane was flying over the area of Lake Michigan’s Triangle, a worrying report came from the pilots. They requested a descent to 2,500 feet because of some electric discharges raging in the air.

After that, the plane dropped off the radar, it would appear that Flight 2501 had encountered a storm cloud, the plane malfunctioned, and then fell into Lake Michigan. But even with all efforts to try and find the wreckage, there was no success. Sonars gave nothing and divers searching the whole bottom of the lake through and through were able to find only some pieces of light debris.

The main body of the DC-4 plane was never found. And without it, the cause of the crash remained a mystery too. Reportedly, two police officers saw a strange red light hovering above the lake on exactly the same day the plane disappeared. The light remained there for about 10 minutes, and then it was gone.

It’s possible that what they saw could’ve been a red sprite – a rare kind of lightning that’s produced by a positive electric discharge instead of a negative one as is usual for lightning. But those commonly appear only in areas far above thunderclouds. How they could possibly be connected to the plane’s disappearance is yet unknown.

The anomaly of The Lake Michigan Triangle, if it exists and whatever it really is, remains a giant flaming question mark on the map of the United States. And it only gets more and more complicated as new discoveries start to unfold. Only time spent on further research, investigations, and wreckage hunting will tell how many of these strange events really are pointing at something mysterious happening over this region of the lake and how many of them were just mistakes or tragic coincidences. In the meantime, it’s simply one of the greatest sources of mystery to this day.

Now, a question for you: Are there any mysterious geographical bodies where you live? Feel free to share down in the comments.