These Countries Have Been Proven To Have Most Beautiful Women Statistically – What makes a woman beautiful? Her eye color? Long lustrous hair? Freckles? A sweet smile? Thick thighs? Slim, graceful hands? The age old adage that beauty is in the eye of the beholder is true and perhaps stereotyping the women of a particular country, even if it is a positive stereotype might be a tad unfair.

But which countries do the most beautiful women in the world come from? In this case we’re strictly discussing physical appearance and not personality. First we have to acknowledge that beauty is arbitrary and your interpretation of what is beautiful is shaped by many factors including your background and culture.

Your perception of beauty is also distorted by your exposure to pop culture which often holds up unattainable standards of perfection achieved via manipulation, and which are frequently European oriented. It’s simply impossible to not have any personal bias when it comes to aesthetic judgment. Also, there’s no single test to judge the beauty of women by country.

So we’ve relied on stats, surveys and contests to aid in our discussion. There are four international beauty pageants that are considered the top beauty pageants in the world: Miss Earth, Miss International, Miss Universe and Miss World. While each contest has various rules, the contestants are all young women qualified to participate through winning subdivision or national contests in their own countries. 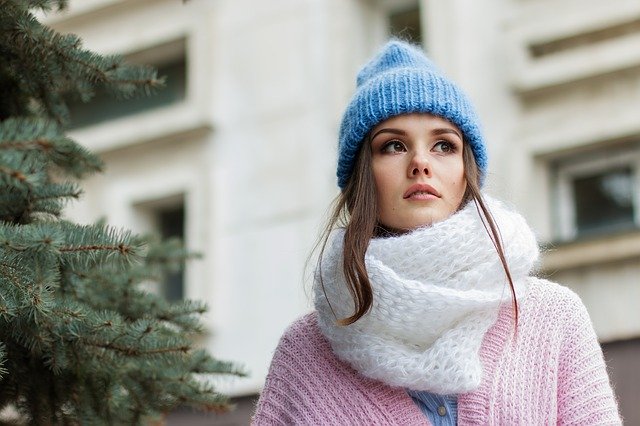 So all the contestants for these contests are already considered among the most beautiful women, if not the most beautiful woman from their home country. In more recent years, beauty pageants have fallen out of fashion with the mainstream. While each contest has always sought to pick well rounded winners of good character who weren’t just another pretty face, the big four contests have now placed far more weight for judging on intelligence, knowledge, graceful manners and being cultured.

Winners often serve as goodwill ambassadors, work with charities and promote various causes worldwide. Therefore they must be prepared and able to excel at this type of public role. Far and away the country of Venezuela is top dog with 23 wins in the big four beauty pageants. The country has won 8 Miss International crowns, 7 Miss Universe crowns, 6 Miss World crowns and 2 Miss Earth crowns.

The Philippines is a distant second with 13 wins–6 Miss International crowns, 4 each Miss Earth and Miss Universe crowns and 1 Miss World crown. Brazil comes in third with six titles: 2 Miss Earth, 2 Miss Universe and 1 each for Miss International and Miss World. Admittedly, contemplating beauty pageant winners might not be the best way to determine which country has the most beautiful women.

Not all of the world’s 195 countries participate in beauty pageants. Also Venezuela is incredibly victorious in its contestants winning because beauty pageants are deeply embedded into Venezuelan culture. It’s actually quite common for Venezuelan contestants to go to beauty boot camp whereupon arrival advisors note each contestant’s imperfections that ‘need’ to be corrected by plastic surgery.

Then the hopefuls often undergo extreme makeovers spending upwards of 6 months preparing full time for pageants with an army of staff to assist them. That includes dental and plastic surgeons as well as hair stylists, makeup artists,physical trainers, deportment and speech coaches, dance and walking instructors.

15 countries including Namibia, Portugal and Malaysia each produced 1 Victoria’s Secret model. These numbers could mean several things, that women in the US are the most beautiful in the world. …Or that in America the barriers to modeling as a viable career are much lower than in some other countries. Also the US is the third most populous country in the world. That actually makes the quantity of Victoria’s Secret models per population percentage very low.

Related :  Most Epic Fails of the Witness Protection Program

In 2014 Namibia had 2.3 million people with females making up 51. 4% of the population. Portugal had a population of 10. 4 million with 52. 5% females so by density, Portugal and Namibia actually produce more Victoria’s Secret models than the US. A similar domination of the fashion model industry by the US was found in data generated by the crew of a 2011 documentary on modeling.

However, that’s simply the reigning opinion of one western oriented industry that is slowly diversifying. Several English language travel websites have generated lists of countries with the most attractive women from user surveys. While you can’t put much stock each of these stats as these are internet straw polls, which in some cases were easily manipulated with multiple submissions of the questionnaire, it’s interesting to see which countries show up on multiple lists.

Russia, Brazil and Sweden frequently appear, as well as the Netherlands and Colombia. Science is beginning to explore whether beauty is entirely arbitrary or not. Of course there are certain traits that universally humans unconsciously find attractive. It’s a no brainer that clear skin, bright eyes and strong white teeth–basically general indicators of good health and fertility are instinctively valued by cultures world wide.

However, our instinctive assessment and preference for beauty may run deeper than that. Though many researchers dismiss it as pseudoscience, others believe that a mathematical equation known as the “Golden Ratio“ appears repeatedly in beautiful things in nature. During the European Renaissance, master artists and architects used the golden ratio to draft out their masterpieces.

In more modern times some scientists have studied this mathematical formula to help define the elusive standard of what makes someone beautiful. . . or not. You can assess your own face to see how closely it adheres to the golden ratio and other standards of proportion. Measure the length and width of your face. Then divide the length by the width.

Other science experiments are discovering that humans instinctively assess more than just the face to determine beauty. In 2015 the University of Texas at Austin published a psychology study about beauty,attributing modern men’s preferences for women with badonkadonks to evolution based on 2 surveys. The first survey investigated vertebral wedging, an underlying spinal feature that influences the actual curve in women’s lower backs.

A study of 100 men were asked to rate the attractiveness of several manipulated images displaying female spinal curves ranging across the natural spectrum. The result was that men preferred images closest to a theoretically optimal 45.5 degree curve from back to buttocks. This conceptual ideal angle of lumbar curvature enables pregnant women to balance their weight over the hips, thereby allowing ancestral women to better support, provide for, and carry out multiple pregnancies.

The second survey queried whether men prefer the 4.5 lumbar curvature because it accentuates larger buttocks, or whether if the preference can be attributed to the angle in the spine itself. Approximately 200 men were shown images of women with differing buttock size and vertebral wedging, but maintaining a 45.5 degree curve.

Interestingly enough, men consistently preferred women whose spinal curvature was closer to ideal lumbar curve regardless of posterior size. This enabled the researchers to show that men prefer women who display specific angles of spinal curvature over rump mass. So which country has the most beautiful women? We’ll let you make up your own mind. Also, what’s a feature or trait you find beautiful? Let us know in the comments.