Tips to Protect Your Car from Summer Heat – There’s no denying your vehicle needs special love and attention in the wintertime. But hey! Summer is no season to just relax and take it easy when it comes to keeping your car in the best shape either! For instance.… 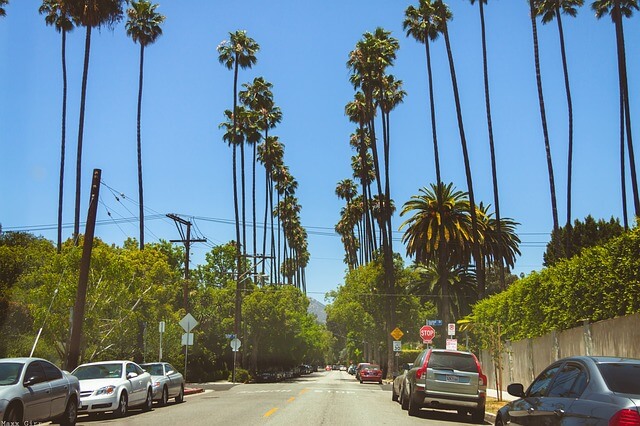 1. Drivers rarely care too much about moisture getting inside the car. But that’d be a big mistake!. If, say, the floors are damp under the mats, mold can quickly start to form in the warm summer months.  Be sure to dry all the damp areas to prevent fungus growth from ruining the inside of your car. Do the same before winter hits so that ice doesn’t form  in wet spots.

2. I’m sure you know that feeling when you park your car in the sun for a while and once you come back, the steering wheel is as hot as a frying pan! So to keep it from frying your fingers, turn the wheel 180 degrees before you leave the car. This way, the side you’ll touch will stay down in the shade.

3. Ok, but what about the scorching gear lever?,  Easy: just put an insulated drink sleeve over it, and you’re good. If you don’t have one of those, you can just spray it with some water to cool it down.  The same trick works for burning hot seat belt buckles.

4. Not only does the summer sun make your car hot inside, it can also cause a funky smell to appear.  To solve this stinky problem, tape a dryer sheet onto the air conditioning vents. Just keep a handful of those in the car to use whenever you need them.

5. As weird and illogical as it sounds, the engine doesn’t just need to warm up in the winter – it also needs to in the summer. When you just start the engine, it’s still not hot enough for normal operation.  If you start it and immediately drive off, the oil won’t have had time to warm up and reach all parts of the engine. Let the engine warm up for about 30 seconds before you take off.

Advertisement
Related :  You Have To Do This If You Want To Be Successful

7. If you hear air hiss through the gas cap when you open it – don’t panic. It happens for two reasons.  First, as you’re driving, fuel gets pumped out of the tank, but no air enters the vacant space. This produces a pressure difference that you sort of balance out once you open the lid. The second reason is the opposite – when your car has been sitting for a while, gas vapors accumulate inside the tank.  However, if you see fuel leaking out of the tank when you open it, it’s a good reason to see a mechanic.

8. Back in the ‘50s before AC was an everyday reality, some drivers put blocks of ice in their vehicles. You can still use this trick if your AC isn’t blowing out cold enough air for your liking.  Just put a block of ice on the floorboards under the vent. But use a pan to keep the run-off under control!

9. All you want when you’re driving on a hot summer day is something cool to drink. Instead of packing a cooler with you, simply use your glove box! Colder air blows in therefrom the AC.  There’s a little lid inside and when you turn it around, it opens a cool air outlet. It’s not the most powerful fridge in the world so it won’t make your drink sice-cold or anything, but it can help them get cooler or stay cool for longer.

10. If your visors have those protective panels that slide or close over the mirror, remember to shut them whenever you’re driving. Sure, the mirrors come in handy if you want to pick at your teeth or check your makeup (at a stop light of course!), but don’t forget that they’re made of glass and can easily break if you get in an accident. That wouldn’t be a pretty picture, play it safe and just close them before you take off.

Related :  12 Things You Should Avoid Before Your Flight

11. Don’t leave anything on the dashboard if you park in the sun, it’s not just about coming back to a car covered in melted gummy bears. The real danger is that the intense heat from the sun can melt just about anything, the battery can catch on fire, and the entire car can go up in flames. If you live somewhere with a hot climate, get one of those metallic sunshades, and put it in the windshield.  If you don’t have one on hand, use a towel to cover the dash.

12. Now, to keep your car from getting overheated under the sun, it’s always best to park in the shade if you can. Never park your vehicle under trees in bloom. In fact, it’s best to avoid any trees. And that’s because in the summer, many of them produce juice, resin,and sticky fruit and berry grains that can land directly on your car. They can gradually damage the paint and varnish.

If you don’t have a chance to wash the car for a while,the stain will remain. If this happens, you can use a soap solution or special liquids to wash it off. The easiest thing you can do is mix soap and water in a spray bottle and give it a good cleaning. This will also work just fine if there’s bug residue on your car. You know, bug guts?, clean it with a microfiber cloth or sponge. Just don’t press too hard or you’ll damage the overcoat.

13. As you wash your car in the summer, it’s a good idea to give it some extra protection from insects, those tree juice stains, and asphalt stains. There are also sand grains and pebbles that get kicked up from under the wheels of passing cars. They leave marks on the car’s body that dull the paint over time. So to prevent all that, cover the vehicle with a few coats of polish at the beginning of summer.

Here’s how you can make your own at home: Grate a bar of soap to get ½ a cup of flakes. Mix them with ½ a cup of water and leave it in a bowl overnight for the soap to dissolve. Melt a tablespoon of beeswax and ½ a cup of jojoba oil in a pot. Combine the dissolved soap flakes and beeswax-jojoba mix, and blend it into an even paste.

Related :  What If You Fell off a Cruise Ship

Polish your car with the creamy mixture using a soft cloth, and buff it with another dry cloth to make it shiny. Once you apply the mix, it interacts with the paint on a molecular level, creating a thin “shell” to protect the car. Some people also add a little petroleum jelly or baby oil on top for extra protection against bugs.

14. Flush your engine cooling system regularly to keep the engine cool. Check the overflow reservoir between flushes to make sure there’s enough liquid in the coolant. And never takeoff the radiator cap while the engine is still hot! Boiling coolant can give you a nasty burn. Make sure rubber hoses and drive belts in the cooling system are in good condition and there are no cracks or soft spots.

15. Be ready for summer breakdowns. In case your engine is boiling because of high temperatures or some breakage, turn the heat on at full-blast and let the hot air from the engine blow inside the car.  This is a temporary solution, but if you’re on the highway and can’t stop and wait for help, it’ll cool the engine down a bit.

And if the problem is more serious and you just must stop in the middle of nowhere, be prepared! Keep an emergency kit inside your vehicle. It should have water, some non-perishable foods, a first aid kit, basic tools, road flares, jumper cables, and a flashlight. And bring some M&Ms. And here’s a bonus tip for ya!, if you’re stuck in a traffic jam and it’s getting too hot inside your car, use a mini battery-powered fan.

It probably won’t do you much good, but it’ll at least keep you entertained and help save gas that would otherwise be wasted on running the AC!Can you think of any other summer car-care tips that everyone should know?. Please share your own ideas down in the comments.