Titanic Survivor Stories Explain What She Experienced – We’ve heard the miraculous accounts from survivors of Titanic, painting a vivid picture of that harrowing night. They’ve all given us their unique personal experiences – except for one. Her name was Berthe Antonine Mayne, and when she told people about her life-changing cruise on the unsinkable ship; nobody believed her.

Her story was discovered more than 50 years later, when her nephew found a box in her closet with several clippings, photographs and letters. So, why did everybody doubt her tale? Well, there’s a reasonable explanation.

Mayne was born in Brussels on the 21st of July, 1887. Growing up, she admired the luxurious life, and decide to start working towards achieving that lifestyle. She became a cabaret singer in Brussels under the stage name Bella Vielly. She was very talented. Her melodious voice gained her a lot of attention all around the country, and newspapers started writing articles about her. 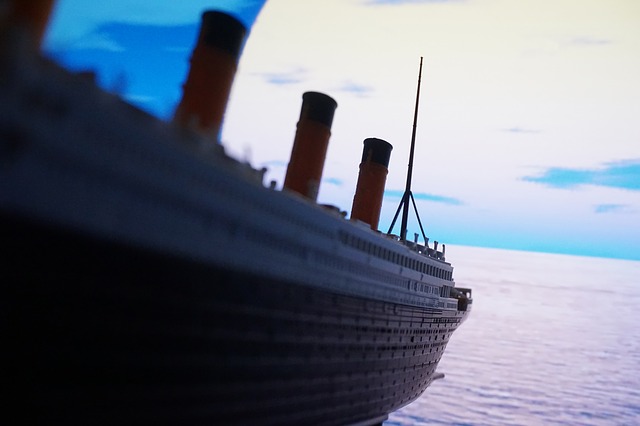 That was when she started becoming famous in certain circles around Brussels. Everything was going smoothly until she turned 24 years old. She didn’t know it at the time, but her life was about to change forever. In the winter months of 1911, she met the love of her life. His name was Quigg Baxter, and he was a professional hockey player from Montreal, Canada. Coincidently, Baxter had already made quite a name for himself, just like Mayne.

He was a star in the world of hockey. In 1907, however, during a game, he had an unfortunate accident that left him without sight in his right eye, which ended his hockey career. Baxter never gave up his passion though, so he embarked on a coaching career instead. In fact, he was the first person to have ever conducted hockey tournaments in Paris.

One night, Baxter was vacationing in Brussels with his mother and sister. He’d already heard all about the magnificent Cabaret Singer with the enchanting voice,and he went to see her perform at a Café. The moment Mayne walked on stage, and their eyes met, she knew he was the one. It was love at first sight.

Advertisement
Related :  An Average Day in the Life of Queen Elizabeth II

Titanic’s first journey from Southampton to New York was very well promoted. It was boasted as the largest and most luxurious ship in the world. So naturally, the elites of Europe saw it as an opportunity to take the deluxe voyage. When Baxter’s mother heard about the unsinkable ship, she was determined.

Baxter was going to return to Canada with her on the Titanic in April of 1912; and that meant that his and Mayne’s relationship would have to come to end. The thought devastated him. He refused to leave Europe until the love of his life went with him. Meanwhile, Baxter’s mother had already booked two adjoining first-class cabins for herself and her son: B-58 and B-60.

When the time came, Baxter couldn’t bear the thought of returning to Canada without Mayne. So, he secretly booked another cabin for her: number C-90, which was located right below his room. In order to make sure that nobody knew about it, he changed her name to “Mrs.  De Villiers”. They got the idea to use that particular surname from Mayne’s former partner, who was a French soldier.

They boarded the ship and settled in. As soon as they got the opportunity, Mayne and Baxter met one another for a long walk on the deck. They planned to do this as often as they could. But unfortunately, as we all know, their happiness didn’t last long. On the night of the accident, Baxter was sitting in his room with his sister, when suddenly they felt the crash, and the ship stopped.

Right then and there, they knew something wasn’t right. His worried mother headed straight to her children’s rooms. She asked her son to go and ask why the ship had stopped unexpectedly in the middle of the ocean. So, he decided to step outside and check it out. Just as he was turning to the right, he saw the ship’s captain walking and talking to Bruce Ismay – one of the chief Star Line officials.

Baxter stopped them. He asked: “Is everything ok? Why has the ship stopped?” to which the Captain replied: “There has been an accident,but everything is alright”. As soon as the captain walked off, Ismay approached him and warned him. He told Baxter to get his family into an emergency lifeboat as fast as he could, without taking anything with them.

His family hadn’t even known that she was on-board the Titanic, or that they were a couple to begin with. So, as soon as they got to the lifeboat, he re-introduced them. Mayne thought that Baxter would be going with them, and when she found out he wasn’t,she balked. She immediately rushed to get out of the lifeboat, but Baxter’s mother stopped her.

Then she tried to use her jewelry as an excuse, saying she’d forgotten it and wanted togo back to get it, but Baxter’s mother talked her out of it. Baxter waved at his family as they were lowered to the ocean at 1:10 am. There were only 29 people on board, and things were tense among them. One of the men rowing wanted to turn back and pick up more people, while the others believed it was too dangerous.

Related :  11 Highest-Paid Comedian in the World (Of All Time)

Lifeboat-6 was tied up with lifeboat-16, and it was the last to reach Carpathia, at 8:00 in the morning. When they were taken to New York, they searched excessively for Baxter, but he was never found. His love and his family were devasted. After that, Mayne moved in with Baxter’s family and stayed by their side.

Several months had passed since the Titanic disaster, and they were now sure that Baxter would never show up. So, Mayne moved back to Europe and continued being a cabaret singer. This time it was in Paris. She never got married or had any children. When she retired, she moved to a country house in the suburbs of Brussels, where she spent the rest of her days.

She tried telling her story to her family and her nephew a few times, but nobody ever believed her. Mayne recounted how she was on-board the Titanic with a Canadian millionaire, but that story seemed way too far-fetched to be truth. And when her family did some digging, they never found her name on the passenger list. – But of course, that was because a certain Mrs. De Villiers presented false documents.

After she passed away, her nephew went to her house and went through a few of her things. Before long, he discovered a mysterious shoe box in the closet. Inside was all the evidence to back up her unbelievable story. It contained pictures from when she was on the Titanic, letters she’d exchanged, and even old newspaper articles that depicted the event.

That was when her life-changing story was finally confirmed through her personal belongings. It would have been awesome to hear Mayne share her experience on this transatlantic trip first hand, but at least her story was finally justified in the end.