Weighing in after the holidays (Herbal helpers for trimming up) – It’s hard to say how many extra calories we consume during end-of-year festivities, but let’s just say the proof is in the poundage. Thankfully, a few years ago the New York Times blasted reports that the average weight gain between Thanksgiving and Christmas ranged from seven to ten pounds. CNN weighed in with its own reports of one or two pounds gained, while Consumer Reports chiseled it down to under a mere pound. Regardless if it’s one pound or two, it’s time to stop moping and start whittling away at the fruits of our holiday excess. A handful of herbs— some familiar, some fairly exotic—offer surprising weight-related benefits and, in some cases, residual perks. 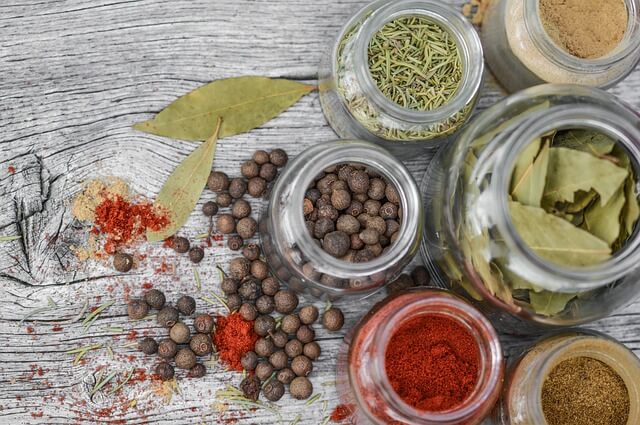 Movers and shakers
Obviously no herb is going to do it all for you—you’re expected to do your part too, which means separating yourself from the couch and making a few exercise and dietary commitments. Then check out these herbal options.

Cinnamon:
Unexpectedly, this cozy culinary herb kicks it out of the park when it comes to multitasking. It’s a warming antifungal, antiseptic, antiviral powerhouse that may kill off parasites and yeast overgrowth, and in the process spur weight loss. How? Parasites thrive on sugar, which makes you crave more of it, which, as we all know, leads to one more red velvet cupcake. Cinnamon also stabilizes blood sugar and slows food absorption, so you feel full longer. By helping the body metabolize fat, this digestive aid lowers LDL (bad) cholesterol and raises HDL (good) cholesterol, and it’s currently being studied for diabetes. Clearly good for more than just spicing up hot cider, cinnamon is also available as an extract.

Related :  15 Signs Your Child Will Be Rich in the Future

Green tea extract:
Years of research on green tea’s catechins (a fancy way of saying antioxidants) point to weight-loss benefits, in addition to cancer and cardiovascular protection. A popular “fat burner,” green tea boasts a body of credible data to back up those energy burning claims. A study in the American Journal of Clinical Nutrition noted that a group of men who consumed 690 milligrams (mg) of green tea extract per day lost significantly more weight in 12 weeks than a control group. Green tea may also reduce LDL and overall cholesterol.

Green coffee extract:
If coffee is more your cup of tea, check out green coffee extract, currently making the scene for its high concentrations of chlorogenic acid, which affects glucose and fat metabolism in the body. A recent 22-week study clocked significant reductions in weight and percent of body fat, with no other changes in diet, leading researchers to note that this extract may also be an inexpensive way to keep overweight adults from becoming obese.

Guggul:
A traditional Ayurvedic herbal remedy, guggul appears to speed the liver’s processing of bad fats in the blood, and the accompanying metabolic kick may help explain its reputation as a weight-loss helper. Guggul lowers LDL and raises HDL, and has a stimulating effect on the thyroid too. Herbal expert James A. Duke, PhD, recommends looking for a product that’s standardized for 25 mg of guggulsterones (really).

Eleuthero:
Dust off your trainers and reach for a capsule or liquid extract of this therapeutic root, which makes a fine companion to a sensible exercise program. Eleuthero is one of the best herbal remedies for increasing stamina and endurance. With better access to stored energy, you’ll be less tired after your workout, more encouraged to continue, and more likely to commit long term. Eleuthero also helps move nutrients throughout the body.

Stevia:
How better to cut calories and lose weight than by replacing sugar with a calorie-free alternative that’s actually good for you? Ten to 15 times sweeter than sugar, stevia can be substituted in hot drinks and cooking, it doesn’t raise blood sugar levels, and it doesn’t cause tooth decay. Used to treat diabetes, this exceptionally sweet sugar alternative is also indicated for pancreatic imbalances.

Finally, consider hot-headed herbs like mustard and cayenne. Dr. Duke notes that adding a teaspoon each of red pepper sauce and mustard to every meal in a study at the Oxford Polytechnic Institute in England raised metabolic rates by up to 25 percent. Cheaper than a personal trainer, these fierce companions will make you sweat and burn fat.