What Caffeine Does To Your Brain And Body – Caffeine is the most widely used stimulant on the planet. It’s cheap and easily accessible – available in natural sources, such as: coffee, tea and cocoa; as well as an additive: in sodas, energy drinks, medications, weight-loss pills and many other products.

Most people have gotten so used to grabbing coffee or tea as a casual pick-me-up, that no one really thinks about what happens when they gulp it down several times a day. But, are you aware of the effects caffeine actually has on your brain and body? Keep watching to learn more about the substance that helps keep so many people going through the day. . .

1. Caffeine Tricks Your Brain Into Thinking It’s Not Tired
Caffeine is structurally similar to adenosine – a biochemical that is responsible for making us feel sleepy, among other things. Caffeine bonds with the adenosine receptors in your brain, which blocks the actual compound from binding with those receptors. All the surplus adenosine floating around in the brain cues the adrenal glands to secrete adrenaline – which is another stimulant.

So even if you ARE tired and in need of sleep, caffeine tricks the brain into thinking that it’s wide awake! What’s most interesting, is the fact that the brains of heavy caffeine users actually grow additional adenosine receptors. This is why it takes more caffeine to give the same jolt that a small amount would give to someone who doesn’t consume caffeine regularly. 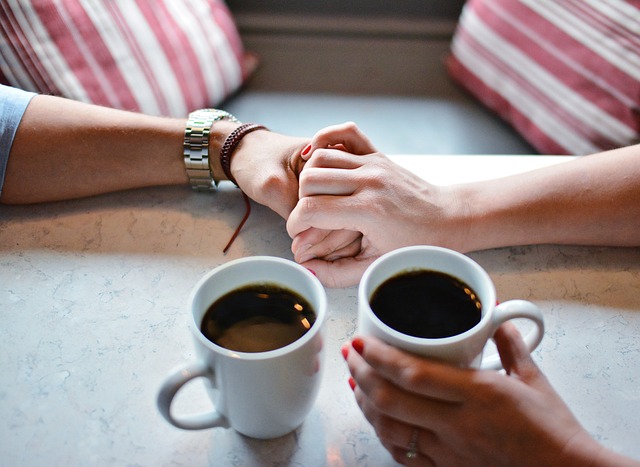 2. Caffeine Lifts Your Mood
Since caffeine acts as a stimulant for the central nervous system, it can actually improve your mood. This is due to the same adenosine-blocking effect that makes you feel alert. When you block adenosine’s effects with caffeine, the brain releases extra glutamine and dopamine, making you feel more alert and less bored- and as a result, you’ll notice a boost in your mood. Research has also found that using caffeine results in a reduced risk of depression – especially when consumed in the form of coffee.

3. Caffeine Can Boost Your Memory
Scientists have found that about 200 mg of caffeine , can improve your memory for up to 24 hours after consuming it. It may also help cope with dull tasks, as well as recalling straightforward information from memory. There was a particular study done where participants were given moderate to high doses of caffeine. It was found that these participants felt less bored when performing repetitive tasks. In addition, they were able to better remember lists of words, than those who weren’t given any caffeine.

Related :  What Is Rarest Element On Earth

4. Caffeine Can Relieve Headaches
Caffeine actually restricts the blood flow in your brain – which can be a useful effect when it comes to treating headaches. A lot of headaches are preceded by the enlargement of cerebral blood vessels, and studies have shown that caffeine reduces this blood flow by about 27%. For this reason, most migraine and headache medication contains caffeine. In fact, these medications are up to 40% more effective, when the main ingredient is caffeine.

5. Caffeine Improves Physical Performance
Since caffeine is a stimulant, it can help prepare the body for physical activity when consumed about an hour before exertion. Caffeine is actually one of the most common stimulants used in sports, to enhance performance. Caffeine also breaks down fat cells, which are used as fuel when training. This not only results in improved performance, but a person can burn up to 15% more calories when consuming caffeine prior to training. If dosed in the right amounts, caffeine can give athletes a remarkable boost in performance- as long as they don’t consume too much on a daily basis.

6. Caffeine Raises Blood Pressure
Caffeine is absorbed by the small intestine, and reaches its highest levels when it is released into your bloodstream – about an hour or two after consumption. Your blood pressure can increase for a short period of time – which may be attributed to either an increase in adrenaline, or a temporary block on the hormones that naturally widen your arteries. There are usually no long-term effects when it comes to the elevated blood pressure that caffeine brings, but if you have high blood pressure or heart-related problems, ask your doctor if caffeine is safe for you to consume.

7. Caffeine Can Leave You Anxious And Irritable
Consuming extremely high amounts of caffeine – around 1000 mg per day – can bring on anxiety. This is due to the fact that caffeine excites our brain cells – which alerts the pituitary gland that there may be an emergency. The pituitary gland tells the adrenal glands to flood the body with adrenaline, which results in what we know as the “fight or flight” response.

Adrenaline prompts us to either stay and face a threatening situation or flee the scene. When we’re in this state, we tend to be more emotionally-charged, and experience irritable or anxious feelings. Too much caffeine also causes jitters, which makes it rather difficult to focus on anything. It can lead to rapid breathing and it exacerbates stress. In fact, constantly consuming high doses of caffeine can double your level of stress.

8. Caffeine Can Cause Frequent Urination
Caffeine is classified as a diuretic, which means that it can cause you to have to urinate more frequently. Research has shown that caffeine has a direct effect on the smooth muscle of your bladder, which can irritate the tissues of your bladder and potentially cause involuntary bladder contractions. This can contribute to urge incontinence.

9. Caffeine Can Cause Insomnia
Although the effects of caffeine can appear as quickly as fifteen minutes after you consume it, it can last in your body for up to six hours – and you are under its influence the entire time. This may be a pro – if you’re simply drinking a cup of coffee before work. But it poses great difficulty when trying to sleep.

With all of the excess neurotransmitters and hormones in your system, you’re less likely to be able to keep your eyes closed and drift off to sleep. Caffeine can also cause trouble with your sleeping patterns and reduce your stages of REM sleep – which is known to stimulate the areas of your brain that are essential in learning, as well as making or retaining memories. This results in increased sleepiness throughout the day, which equals to consuming more caffeine- and it just turns into a vicious cycle.

10. Caffeine Promotes Bowel Movements
Many people find that when they drink coffee in the morning, they typically have to go to the bathroom shortly after – and this easily becomes a habitual practice. Of course, everyone is different, so this may affect some more than others. Nevertheless, caffeinated coffee turns out to be 60% more efficient at getting the digestive system moving than a glass of water – because coffee relaxes the muscles in your colon, making the whole process easier.

Caffeine actually stimulates the contraction and relaxation of the intestinal muscles – which promotes bowel movement. The effect of coffee on this process is similar to that of eating a meal. For those with constipation, this can actually be very useful, as caffeine can act as a naturals tool softener.

11. Caffeine Can Affect Fertility And Pregnancy
Some research suggests that caffeine may reduce muscle activity in the fallopian tubes – which carry eggs from the ovaries to the womb. Caffeine can actually reduce a woman’s chances of becoming pregnant by about 27%. When it comes to pregnancy, more than 300 mg of caffeine a day – or the amount equal to around three cups of coffee – could lead to: abnormal fetal heart rhythm and delayed fetal growth; or even miscarriage.

Related :  16 Skills Every Man Should Master

Because of this, pregnant women are urged to decrease their daily caffeine intake to 200 mg or less. That said, the weeks before pregnancy are also very important. Studies have shown that when both partners drink more than two caffeinated drinks per day, up to two weeks before conception, a miscarriage is more likely to happen. It’s also important to note that caffeine passes into breast milk, and it may buildup in the nursing infant. This can result in the newborn child becoming more irritable and having trouble sleeping.

12. Tolerance And Withdrawal Symptoms
When you consume caffeine regularly, your body develops a tolerance to it. Other factors such as your age, weight, body mass, and general health can also contribute to how caffeine may be affecting you as well. Symptoms of caffeine withdrawal can occur within 24 hours of the last dose, and may last from two days to one week.

Symptoms can include headaches, irritability, muscle pains, nausea, depression, and fatigue. Depending on a person’s caffeine consumption habits, these withdrawal symptoms can range from being barely noticeable to being quite extreme. Severe cases of caffeine withdrawal can temporarily impair a person’s ability to perform day-to-day activities. So, if you’re trying to reduce your caffeine intake, you may want to do so at a fairly slow pace.

13. It’s Possible To Overdose On Caffeine
Up to 400 mg of caffeine a day is considered to be safe – which is equivalent to about four cups of coffee, or 8 cups of black tea. Although overdoses of caffeine are particularly rare, it can happen when consumption is in large amounts – typically from diet pills or energy drinks. Overdose symptoms include confusion, hallucinations and vomiting; and it can even result in death due to convulsions.

Overall, when consumed in safe amounts, caffeine consumption poses no concerning health risks for most people. Of course, the source of caffeine does matter. Black tea and coffee are good choices, as they also contain powerful antioxidants. Now, soda pop, you may want to try cutting back on that stuff – because while soft drinks contain less caffeine, they’re often loaded with sugar and a bunch of other unhealthy additives.

What do you think? What’s your choice of caffeine? Let us know in the comments below.