What Happens When You Drink Alcohol on an Empty Stomach? – Have you ever been drunk? Looking at World Health Organization reports, it seems as though a little less than half of the world’s population 15 or over like a tipple now and again. Some people, you might say, drink quite a lot more than a tipple, with about 16 percent of drinkers doing it frequently and heavily.

The WHO puts the death toll from heavy drinking at 3.3 million the last time the statistics were compiled, and that was 5. 9% of all global deaths that year. This was, however, deaths attributable to drinking, which could include all manner of fatalities blamed on alcohol consumption.

If we are going to drink, we should at least do it with food inside of us. Why?  First of all, we should point out that, often, the least responsible of drinkers are the ones that do it underage. In the USA, where the legal drinking age is 21, the CDC reports that booze is the most abused substance among youth.

Most countries in the world have an age limit of 18 or 19, after that it is 16 to 17, and after that no age limit whatsoever. Strikingly, there doesn’t seem to be much correlation between the drinking age limit and alcohol abuse. This has been an ongoing debate in the USA, with reports coming to different conclusions.

Some say raising the age to 21 was a success, other says it pushed younger people into closed rooms where they did more binge drinking. The CDC even states that, “Although drinking by persons under the age of 21 is illegal,people aged 12 to 20 years drink 11% of all alcohol consumed in the United States”. It also stated that 90 percent of that drinking was binge drinking. 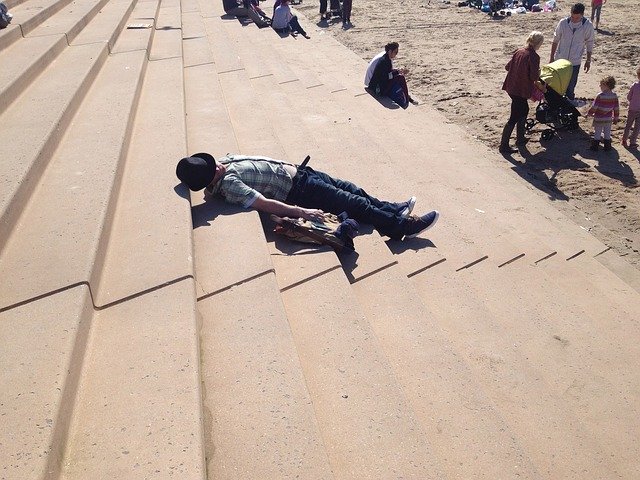 The same year this research was undertaken, 4,300 of those underage drinkers died, and a further 189,000 visited the emergency room. This is food for thought when we consider America is the only developed nation  that have this 21 and over age requirement for drinking.

So, if you are watching this and wondering how you might better drink safely, then we will come to our question of whether you should only drink with food in your stomach. According to HAMS, you should do a few things before you drink,and indeed eating is one of them.

If you stuff your face, the valve closes to keep all the food down so it can be digested. High fat food will keep this valve shut for up to six hours. Proteins and carbs apparently work well, too. We are told that eating a big, fatty meal before boozing will mean that all those beers and shots will be absorbed slowly, and your BAC  will stay low for a while and you won’t feel so wasted.

Drink on an empty stomach and all that booze will go straight to your head and there’s more chance you’ll make a fool out of yourself, or worse, end up facing a doctor from a hospital bed with no memory of driving your car into your neighbor’s house. They also point out that eating after you have consumed a lot of alcohol will not mean you’ll become less drunk.

The downside to empty stomach drinking is not only the effects it may have on your actions,but also your body. With food inside of you, the booze will drip into your liver, digestive system, and kidneys, rather than hit them like a tidal wave. So, what should you eat? Well, while HAMS says a pizza will work, other research says healthier fats will be better.

So before you go out on the town, try having some salmon or avocado or even nuts and hummus. One thing we are told is that contrary to popular belief, fatty food doesn’t soak up the alcohol the morning after, but as we are telling you, the hour before. To protect your liver before you endeavor to go out on a big session, you might also eat some turmeric, kale, cinnamon, broccoli or beetroot.

If that is too hard to find, drink some lemon juice, the fresh kind, not the stuff that comes in a can and pretends to be lemon. But whatever the case, for your body, and in regards to what might happen to you, eata big meal before you go crazy with the drink. Ok, we understand, you are young and broke and haven’t yet had the chance to experience the utter downsides of drinking to oblivion.

You want to eat less so you can get drunk faster. There’s even a term for this: Drunkorexia. It’s not only about getting drunk faster, but also about consuming less calories from food so you feel less guilty about drinking nine cocktails and a shot of something noxious.

According to one study by the University of Missouri, this is common with young people; 67 percent of those questioned said it was related to weight gain and only 21 percent said it was to facilitate drunkenness. It didn’t say what the others said. Vice magazine reports that it’s also common in the UK, with some respondents saying that it was a good way to save money.

Related :  One Important Thing You Forget to Do Every Morning

There have been other reports saying that this is “youth-shaming”, but anyone that has been young and prone to partying will tell you it’s very much a reality. The problem is, it is very bad for you. Another problem is in many cases the very young feel like they are almost immortal, even after they’ve received 27 stitches from opening a door with their head.

While those of you that have drunk alcohol on an empty stomach will know it makes a difference,there is a lot more than anecdotal evidence out there. The New York Times cites research that explains that subjects given booze on an empty stomach were more intoxicated than those that ate something.

This could be very important if you are drinking around the safe drink-driving limit, says the report. The report states, “Having food in the stomach – particularly proteins, fats and dense carbohydrates – slows that absorption process”. And no matter what you do after that, eat, drink coffee, put yourself under an intense cold shower, you won’t change how much alcohol is in your system.

In conclusion, if you are going to drink, always eat before you do so. It’s not only better for your body, but could prevent you from going haywire. Have you ever drunk on an empty stomach? Did you feel there was a significant difference from drinking on a full stomach? Let us know in the comments.