What If Someone Broke a Plane Window – Every single time I take my favorite window seat on a plane, one very persistent and scary thought starts plaguing me at once. What if they’re out of pretzels? Or what if something happened to the window I’m sitting next to, and it suddenly broke? Because even though it’s almost unheard of, it HAS happened before! So, would I get instantly sucked out of the airplane? And could I be arrested for “breaking and exiting”? ha! That’s exactly what almost happened to the pilot of British Airways Flight 5390 in 1990.

When the plane was already in the sky, at the altitude of about 17,000 ft, a badly-fitted section of the windshield blew off. Everything happened so fast that the unsuspecting captain Tim Lancaster didn’t have time to react and was partially pulled out of the cockpit.

It was only by sheer luck that his colleagues managed to catch his legs and were holding onto them while the co-pilot was making an emergency landing in Southampton, England. The captain managed to get out of this ordeal relatively unscathed: he was taken to a hospital with a broken arm and frostbite.

A similar accident happened on Sichuan Airlines Flight 3U8633 in 2018. The plane was mid-flight, with flight attendants serving breakfast, when the plane started to shake uncontrollably. The oxygen masks dropped, and the airliner experienced several seconds of free fall before everything seemed to stabilize. 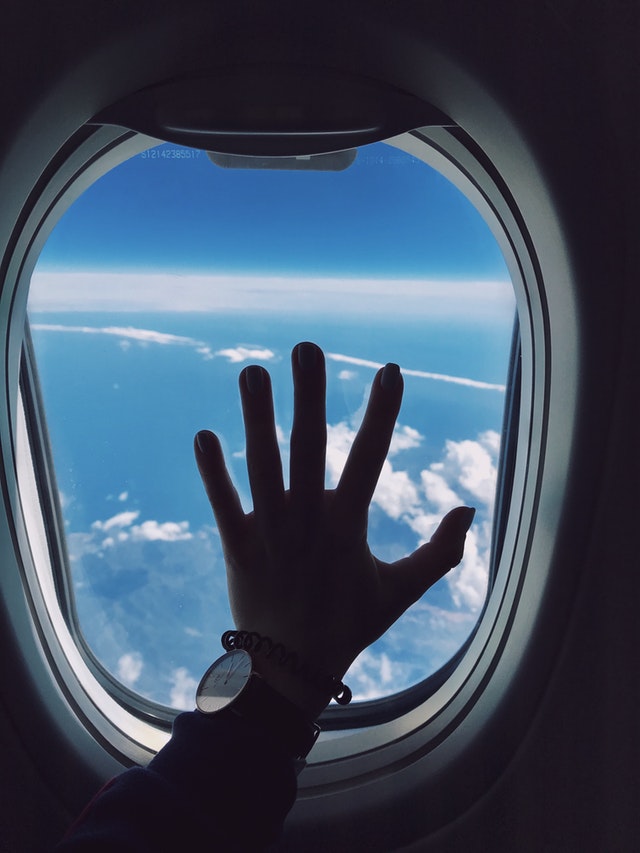 What the passengers didn’t know at the time was that about half an hour after the plane took off, its windshield shattered to pieces. The co-pilot was sucked almost halfway out of the plane at the altitude of 32,000 ft! Luckily, the man was wearing his seatbelt, and it pulled him back inside almost none the worse for wear: he had a sprained wrist and a couple of scratches.

Still, the captain had to act lightning-fast and land the plane manually, with a serious temperature drop, pressure loss, most of the equipment malfunctioning, and debris flying around the cockpit. He managed it brilliantly, though, and none of the 119 passengers were hurt.

All is well that ends well, but this accident got me thinking: why does a broken airplane window create such powerful suction at all? You might know that the aircraft’s cabin has to be pressurized; otherwise, passengers just wouldn’t survive at the cruising altitude of more than 30,000 feet.

To breathe and function normally, people need much higher air pressure than there is at a high altitude, hence the pressurized planes. But imagine that something punched a hole in such a “pressure vessel”. The air inside the plane would immediately want to escape due to the difference in the pressure outside and inside.

That means the air would keep rushing out of the aircraft until the pressure becomes equal. An incredibly strong wind would head out, and, theoretically, it might be powerful enough to push a person out of the window. But for one thing, an adult person would be too big to fit through a tiny airplane window,even if the force of the pressure was strong enough.

And what’s more, if the person sitting next to the broken window had their seatbelt fastened,it would be enough to hold them in place securely. But the problems wouldn’t end here. Within mere moments, the temperature and pressure inside the cabin would drop dramatically.

Everything not secured and weighing less than several pounds, for example, newspapers, magazines,smartphones, or snacks, would be moving around and getting sucked out of the broken window. The passengers would have trouble breathing, and it would immediately get foggy inside. The visibility would be extremely poor.

Also, the plane would be filled with deafening noise and roaring of the wind. People would start to panic and complain about their ears popping. Oxygen masks would drop to allow them to breathe normally. But contrary to a popular belief, planes don’t have an infinite supply of oxygen.

In fact, count yourself lucky if, in case of an emergency, the oxygen in your mask will last for 15 minutes. So, the pilot would have to bring the machine down to the altitude where the passengers would be able to breathe normally. And since it would have to be done urgently, the plane would be descending very steeply, and it would most likely add to the panic.

The biggest dangers for the people inside, however, would be flying debris and the risk of barotrauma — an injury caused by increased air pressure. All in all, though, the consequences of a broken-window accident would depend on different factors, for example, how high the plane was when the window cracked, or how much pressure outside and inside the aircraft differed.

But once again, such accidents are not just rare, they are completely out of the common. And you might be surprised to learn how strong plane windows actually are, especially in commercial aircraft. Even if a window cracks, passengers won’t be in danger. See for yourself: an airplane window consists of two plexiglas panes that have an air gapin between, plus a so-called “scratch pane” that faces you — yeah, you, the one sitting next to the window.

As I said earlier, during the flight, the pressure inside the plane is way higher than outside. That’s why the purpose of the outermost pane is to carry all the cabin pressure. The pane in the middle is almost redundant, then: it’s designed to save the day in case the outer pane is damaged.

In such an extremely rare event, the second pane will hold the cabin pressure instead. The inner pane is about a third of an inch thick and is made of stretched acrylic. Long story short, it can withstand the pressure of about 5,000 lbs. A professional boxer packs a punch of up to 1,300 lbs.

So even a tough guy like that wouldn’t be able to damage an airplane window, and certainly not the average Joe. The window would win every single time. By the way, both of these window panes get thoroughly tested during special window qualifications,where their effectiveness is checked.

An accident that happened with Air India Flight 462 in 2018 can prove just how unbreakable airplane windows are. The airliner, carrying 240 passengers, hit unusually severe turbulence shortly after take-off, at the altitude of about 15,000 ft. The turbulence tremors lasted for several minutes before it all got worse.

That’s when oxygen masks fell down. But what terrified the passengers the most was one inner window pane that came loose during the turbulence. The outer pane, however, didn’t get dislodged or even a tiny bit damaged and withstood the ordeal without any problems. So, it’s not a surprise that airplane windows are next to impossible to break.

In fact, the average person won’t be able to bring any harm to it either with a fist,or a phone, or pretty much anything that is allowed on board an airliner. At the same time, the FAA, or the Federal Aviation Administration, requires that all commercial aircraft that can transport more than 19 passengers must have a crash ax in the cockpit.

This ax serves as a fire fighting device, but imagine this: your plane has gone down,and you’re the only person on board who’s still conscious. The doors don’t open after the accident, and you see just one way to escape — through the window. You know, though, that airplane windows are almost unbreakable!

Luckily, there is one trick you can use to get out. You grab the ax and strike the corner of the nearest window and then add several more blows along the window frame. The thing is that pressure builds up closer to the window edges, making these areas weaker than the rest of the window.

Plus, if your strokes were concentrated on the center of the window instead, the plastic would act like a drum, flexing and absorbing the blows. But since you know the trick, you hit the corners of the window, manage to shatter it enough to squeeze through and get free. And if you somehow forget this advice, just come back and ax me about it.