What If You Swallowed the Most Venomous Spider – It’s been said that a person swallows about eight spiders in their sleep every year. This person should be located and stopped right now! While that story may or may not be true, it’s enough to make me want to swear off sleeping for the rest of my life. Or wear a space helmet to bed. But, it makes a kind of sense.

Spiders like warm dark places and the inside of your mouth sure fits that description. Gross as it sounds, if the story’s true, it seems to be mostly harmless. But what if it wasn’t? What if you swallowed a spider that wasn’t just venomous, but the most toxic spider in the world? Oh, and please, please, don’t try this at home.

Or at work, or the skating rink, or the mall or anywhere else for that matter. Do not eat live venomous spiders! Was I clear enough? Okay. This hairy little monster is known as the Sydney funnel-web spider, or “Atrax robustus” if you want to show off. It, like way, way, way too many of planet Earth’s other most dangerous wildlife, hales from the continent of Australia. 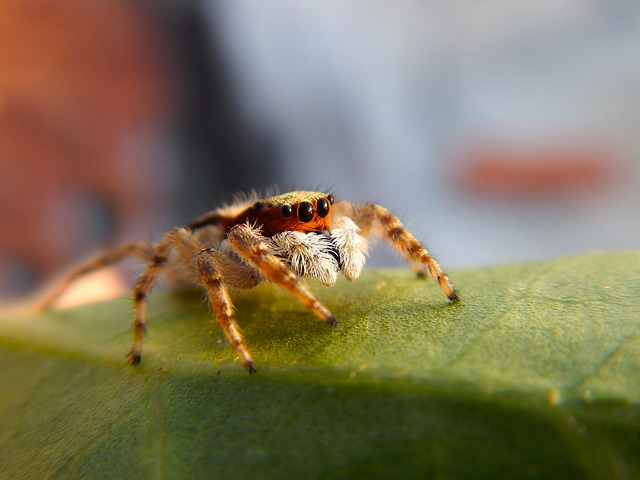 G’day mate! Incidentally, when exactly did we decide to make Australia a tourist destination? Even their cutest animal, the Koala, can have an aggressive side. And kangaroos? Those overgrown rodents may look graceful and majestic, but their legs aren’t just for hopping. It wouldn’t be a vacation for the faint of heart, to say the least. At least with kangaroos, you have to drive deep into the outback and go out of your way to make them angry.

The Atrax, meanwhile, is more than willing to do house calls. Their natural habitat may be the underside of rocks and fallen trees, but the Sydney funnel-web is just as at home in yours! Assuming your home is within a hundred miles of Sydney, Australia. If not, I have some great news! If so, well, I guess you could always move.

The good news is that at up to two inches in length and notoriously skittish, you’re unlikely to swallow one of these by accident. I also have a hard time believing someone would eat one voluntarily. So, what would happen if you chowed down on the most dangerous spider in the world?Well, that’s going to depend if it’s still up and about when it goes down your gullet.

The Sydney funnel-web can hold its breath for over a day, in some cases surviving under water for up to thirty hours. With that in mind, I wouldn’t place any bets on it running out of air on the way down. In this case, your biggest concern would be the possibility for the spider to bite you on the way down. Atrax really don’t like to be handled, and their fangs are large and powerful enough to punch a hole in your fingernail.

Making matters worse, (like they could be worse) the Atrax isn’t a bite and run kind of spider. It will dig in its’s fangs and hold on for the ride. The Atrax’s venom is a special kind of nasty, attacking its prey’s nervous system. Symptoms will begin within minutes as the neurotoxin starts shorting out your nerves.

After being bitten, your heart will start beating rapidly as your blood pressure spikes through the roof. This is followed by breathing trouble, muscle spasms, and numbness around the mouth. Finally, the venom begins to attack the brain, causing disorientation and eventually loss of consciousness.

In as little as fifteen minutes after the initial bite…Well, you know. If you were looking to kick a bucket , now’s the time. Now, if the bite is on your foot or hand, you can buy yourself a bit of time by tying a tourniquet around the injured limb. Once that’s done, you must seek medical help immediately.

Related :  How to Identify a Bug Bite and What to Do With It

You’re in for anywhere from two to twelve injections depending on the severity of your symptoms. The good news is that it’ll probably feel like being poked with a wet noodle compared to the bite itself. Wait, is that good news? Eh, moving on. Unfortunately, a tourniquet isn’t going to do you any favors if the bite is inside your throat.

I suppose it isn’t that strange to want to risk it all on dangerous foods. After all, people will fly across the ocean and spend thousands of dollars for a single bite of Fugu fish, the meal so hazardous that the Emperor of Japan is banned from eating it. What about you, viewers? Care to ride the fugu tsunami? They say it’s carefully regulated, but I’m not sure I want to take that chance.

Why don’t you tell me in the comments whether I need to grow a backbone or if this whole thing seems a little fishy to you. Anyway, let’s say you managed to wrangle a Sydney funnel-web into your mouth without getting bitten. What happens then?Surprisingly, not as much as you might think. A spider is just a tiny cow with twice the legs and way too many eyes.

And fangs, I guess. And a segmented thorax and abdomen. Okay, they’re not very much like a cow, but you can milk them! My point is that meat is meat as far as your stomach is concerned, and spiders can be digested just as easily as anything else. But what about the poison? It’s still in your body, isn’t it? Well, first off, there’s a difference between poison and venom.

Related :  What to Do When a Moose Charges You

There may be a lot of venomous spiders, but no one’s ever found one that’s poisonous. Venom is dangerous if it gets in your blood, but harmless if swallowed; although I have no idea why or how anyone would end up doing so. Maybe they found an unlabeled bottle in a lab somewhere? Then again, they don’t usually let small children into labs, and I can’t think of anyone else who’d willingly ingest a vial of mysterious science juice.

Even if our hypothetical spider muncher happens to have a stomach ulcer, they’re probably in the clear. Your stomach is basically just a big bag full of hydrochloric acid and the mucus that keeps it from digesting itself. The former will quickly dissolve all the proteins in the spider’s venom, rendering it inert upon contact.

Hooray! That means any “epic dare” videos I really hope we didn’t just inspire, have a chance of going smoothly. Again, please don’t do this at home. Or anywhere else. Although, there are a few members of your household that could get away with this kind of reckless behavior. I’m talking about your dog, the animal voted most likely to eat things that aren’t food.

As it turns out, most mammals are entirely immune to the Atrax’s venom. Only invertebrates and primates are vulnerable, anything else gets off with the equivalent of a bee sting. Cats, dogs, and frogs? No problem. You, me, and a monkey named Pete? A trip to the hospital or worse. Funnily enough, if a beetle gets bitten, it has the opposite effect.

Instead of having muscle spasms, insects and arachnids will be completely paralyzed. Some might take this to mean the spiders don’t want to hurt humans. But I can’t help but feel like all the creepy crawlies of Australia want humans off its shores yesterday, and are bending over backward to make that happen. Does that make me paranoid? Yes. Yes it does.