What is at The Bottom of The Mariana Trench – If you’ve ever tried scuba-diving, you know that at some point during the descent, you’ll experience some unpleasant sensations. Your ears might pop, and you’re likely to feel some serious pressure. Luckily, it’s usually nothing serious if you do everything correctly.

But what would happen to you at the bottom of the Mariana Trench? But first, I must ask this, “Are you indeed set on going down there, to the deepest, darkest,and most mysterious part of the ocean world?” Ok-ok, then let the adventure begin! I see you put on a diving mask, a wet suit, fins and gloves, and an oxygen tank.

Um, are you sure that’s all the equipment you’ll need to reach the bottom of the Mariana Trench? Oh, Ok then. You take a flight and then get on a boat that brings you to the western part of the Pacific Ocean, approximately 124 miles away from the Mariana Islands. Now, you’re right over the 1,580-mile-long crescent-shaped trough cutting through the Earth’s crust.

But as far as I understand, you want to get to the very deepest point of the ocean. In that case, you need to travel to the southern part of the Mariana Trench. There, you’ll find the Challenger Deep, a small valley at a dizzying depth of 36,037 ft! 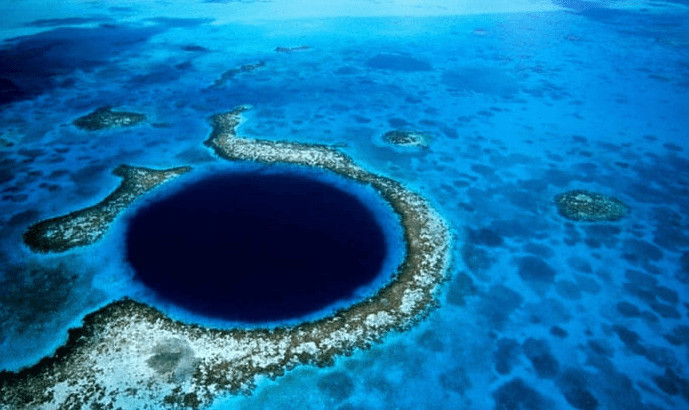 However, some researchers state that the thing is even deeper – 36,201 ft! It’s so deep that if you put Mount Everest  into the Challenger Deep, there would still be around 1. 2 miles between the mountain’speak and the surface. But right now, you’re still floating in the water next to your boat, getting ready for the dive of your life!

It might be unexpected, but land-dwelling humans are surprisingly good divers, and as you start submerging, you don’t have any problems. At first. As you get deeper, you feel as if some invisible force is squeezing you from all sides, and the pressure is getting stronger. That’s the weight of the ocean trying to crush you.

Usually, people can withstand 3 to 4 atmospheres of pressure without any particular problems. That means that you can submerge to a depth of 130-140 ft and still feel fine. But any deeper than that – and you begin to feel some discomfort. Don’t worry just yet: experiments show that the maximum pressure people can with stand is almost 70 atmospheres (and that’s 70 times more than you feel on land at sea level!).

Advertisement
Related :  25 Things That Only Happen in Australia

So, keep going, and you might beat the record set by Herbert Nitsch, an Austrian free diver with the nickname “the deepest man on Earth”. To break his record, you have to submerge deeper than he did, and that’s 831 feet beneath the surface of the ocean! But you’re strong and brave, AND you have the scuba-diving equipment – that’s why you manage to with stand the pressure of 25 atmospheres and go deeper.

During your descent, you notice that it’s getting darker. That’s because you’re leaving the sunlight zone of the ocean and going deeper – to the twilight zone, which starts at a depth of 660 ft. You can still pick out the silhouettes of the underwater inhabitants you’re traveling past, but everything is dim.

Now, the ever-growing pressure starts to make you worried. You reach the mark of 1,090 feet beneath the surface, and that’s the deepest a scuba diver has ever reached. It took Ahmed Gabr, the man who set this record, only 12 minutes to get to this depth, but almost 15 hours to get back to the surface.

If he’d been swimming up faster, he wouldn’t have made it back in one piece due to the fatal consequences of a too-quick ascent. Anyway, I’m afraid it would be too risky for you to move any deeper without changing your scuba-diving suit to something more appropriate and secure!

For example, you can put on an atmospheric diving suit!Hard-shelled and equipped with everything you might need at a great depth, it’s something like what astronauts wear in space. And this suit can take you to a depth of 2,300 ft below the surface!When inside, you won’t need to decompress or use special breathing gas.

On the other hand, such a suit is super expensive, bulky, and truly awkward to use. So, a much better option will be to give up your diving idea and get inside a special submarine constructed for deep-dives! Now, this submarine can take you to the very bottom of the Mariana Trench – don’t worry, there have been attempts before, and they’ve ended successfully! It’ll take you about two and a half hours to reach your destination.

Related :  Most Deadly Elements On Earth

At a depth of 3,280 ft, your journey becomes quite boring and monotonous as you enter the midnight zone. No sunlight gets this deep, and the water around you is bathed in darkness. And finally, you’re there, at the Earth’s bottom!Outside your submarine, the pressure is simply astonishing: it’s more than 1,000 times higher than the standard atmospheric pressure you experience at sea level!

That’s why, if you decided to leave your reliable shelter for some inexplicable reason and set foot outside, 8 tons of water would press down on each square inch of your body!In other words, imagine 50 jumbo jets placed on top of you – and you can probably guess that you wouldn’t last long.

And if your submarine wasn’t so sturdy, at the bottom of the Challenger Deep, it’d be instantly flattened to the thickness of an aluminum foil sheet. Also, due to this pressure, the water at such depths is incredibly dense: just one unit of volume at the bottom of the Mariana Trench has the same mass as 100 units of water at the surface!

And to make matters worse, the temperature around your submarine is close to freezing- from 34 to 39 degrees F. But thanks to the spotlights of your submarine,you can see that not all living beings are as terrified of the immense pressure and low temperatures as you are! For example, look at this creature that looks like a giant amoeba! The most amazing thing about it is that it’s single-celled.

Another inhabitant of the Trench is peeking into the submarine’s periscope right now. It resembles a shiny shrimp with a compressed body. And a bit further, you can spot something that looks like a transparent sea cucumber. And apparently, there are lots of them here! And finally, even though you can’t see it, the Challenger Deep is the home to more than 200 microorganisms that lead a comfortable life holed up in the cozy mud at the bottom.

Anyway, you’ve seen and experienced everything you could on this risky and unusual journey, and it’s time to get back to the surface! And while your submarine is going up, let me tell you several amazing things about the Mariana Trench and the Challenger Deep!

– Even though the Challenger Deep is the deepest point of the ocean, it’s not the closest to the center of the Earth! This paradox exists because our planet isn’t a perfect sphere. Its radius is about 16 miles smaller at the poles. And that’s why some parts of seabed in the Arctic Ocean are, on average, 8 miles closer to the center of the planet than the bottom of the Challenger Deep.

– The Mariana Trench is one of the oldest sea beds on Earth! Researchers claim that it may be up to 180 million years old!

– At the bottom of the trench, there are hydrothermal vents that emit super-acidic fluids. And the temperature around these vents usually reaches 572 degrees F, which is three times higher than the boiling point of water. But at the same time, the liquid coming out of the vents doesn’t boil. The reason is the immense pressure of the water column above.

– It may sound paradoxical, but the very hot and acidic water that comes out of the vents is what sustains life in that part of the ocean!The thing is that this liquid is rich in minerals that are vital for supporting life.

– The Champagne vent in the Mariana Trench, not far from Taiwan, is the only known place on Earth where you can get liquid carbon dioxide.

– The bottom of the trench is covered with icky grayish-yellow sludge which is almost silky to the touch. It’s the remains of everything that ends up at the bottom after being crushed by the water pressure.