What Is Rarest Element On Earth – We’ve explored a fraction of the ocean, most of the Earth, and parts of our Solar System. But, do you ever wonder what everything around us is made up of? You might be surprised that the most abundant elements in the universe are limited on Earth. What happens below the Earth’s crust is inaccessible to us, but not for our lack of trying.

In 1970, we tried to dig a hole that would go below the crust. That was the Kola Borehole located in Northwest Russia. The project lasted 20 years without much success. At 40,230 feet, drillers encountered high temperatures, reaching 356° F and had to stop. The hole was just 9 inches in diameter, and it’s considered to be the deepest hole in the world – in terms of true vertical depth.

According to the National Academy of Science, the earth’s core consists of about 89% iron,6% nickel, 4% sulfur and less than 1% trace elements. – Which means, we have no idea what they are. But we do know what’s in the Earth’s crust. There are 94 elements that occur naturally on Earth.

To find the rarest, let’s start with a few of the most abundant. Oxygen would be #1 on that list. Apart from its presence in the atmosphere as a gas, it’s also present in rocks. Now don’t go sniffing them, because that’s just weird. It’s there as an oxide. Ahh, I know what you are wondering, so here it goes. 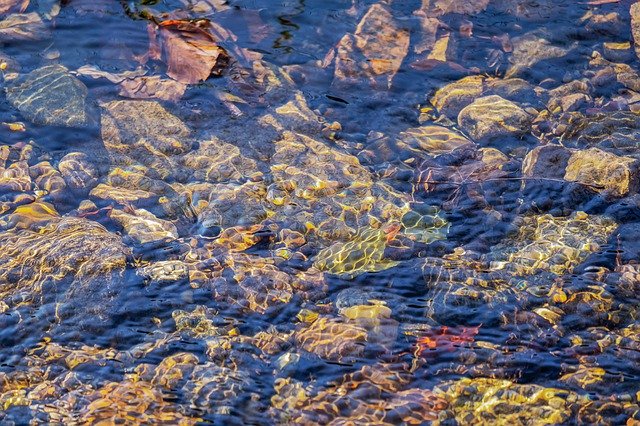 Oxide is a chemical compound that has at least one oxygen atom and one other element. These guys are very common in the Earth’s crust, and they have a solid state. The 3rd most plentiful element is Aluminum Oxide. The most natural form of this is corundum. Beautiful gems like sapphires and rubies are forms of corundum.

But they owe their unique colors to trace impurities. For example, sapphires get their shades from iron and titanium, while rubies get their burgundy color from the presence of chromium, and with the helping hand of lasers. The 10th most abundant element in our list is Hydrogen. It’s the simplest element in the Universe and it goes all the way back to the Big Bang.

That was 15 Billion years ago when the universe was extremely dense and hot. As it slowly cooled down, the conditions got better for the building blocks of matter to begin forming. These were electrons and quarks. At first, they were sort of floating around as plasma. Then it got cooler and the quarks concentrated into nucleons.

Advertisement
Related :  Where Did Bluetooth Name Come From

To understand this, think of how steam condenses to liquid droplets as the vapor gets cold. That allowed some protons and neutrons to fuse into the helium nuclei. It took around 380,000 years for atoms to be formed. At one point, the universe was only hydrogen. Today, it’s the most common element in the universe, occupying 73% of it.

The second one is Helium, which takes up 25%, and the other 2% are trace elements. Hydrogen on Earth, however, is very low if we compare it to the universe. It used to be a lot more when the Earth was formed, but as a lighter gas, it started floating up into space. The 17th most abundant element is carbon, which is also the second most common element in our bodies, holding 18% of its mass.

In fact, it would be impossible for life to exist without carbon. But in the Earth’s crust, it dips below zero, occupying only 0. 02%. In the 21st place we have Chromium. It’s naturally found in soils, water, rocks, and even dust. Since its basically all over the ground, you can find it in plants, the foods that we eat,animals and drinks.

It doesn’t have a taste, smell or color. Zinc holds the 24th place. Small traces of Zinc are found in the ocean water and the air. Our bodies even use zinc to help with our sense of taste and smell. 10 places down you’ll find Nitrogen. This guy makes up 78. 1% of the air we breathe, yet it’s quite rarer in the earth’s crust– occupying only 0.0019%.

For the gardeners out there – here’s something interesting. Plants get nitrogen from the soil, which is an essential nutrient that helps them grow and creates their food through photosynthesis. But some veggies get their nitrogen from the air we breathe instead of the soil, like beans and peas.

At #47 we have hafnium. This little element is never alone. It’s always found as a solid object with another compound called zirconium. But hafnium is twice as dense as its companion. Once the two separate, it can be used as a nuclear reactor control rod. Speaking of nuclear reactors. The most interesting one is uranium, two places down.

Related :  What Caffeine Does To Your Brain And Body

Scientists believe that the sun was born from the ashes of a supernova. They base that on evidence of complex heavy metals such as uranium, which gets mined to fuel nuclear power plants. The sun doesn’t have enough heat to create any elements heavier than iron. So, uranium can only be created in a huge cosmic explosion.

For example, when a star has burned up all of its fuel and the core collapses. Iodine is the 61st element on the list. It’s the heaviest of the stable halogens and it has a dark purply color. It was first discovered in 1811, but was given a name 2 years later. Since it was a violet shade, its name translates to that color in Greek.

There’s more Iodine in the ocean than in the Earth’s crust. Seaweed is loaded with it. On Earth, it’s merely found underground near natural gas and oil reserves. Now, we’ve reached the 72nd which is Helium! This guy is quite impressive. It’s abundant in space, but unfortunately it doesn’t really enjoy the atmosphere on Earth.

So, the question is, why can’t we find it on Earth?Well, it sort of leaks out of the atmosphere since it’s so light. Which is why helium balloons rush to reach the sky when you let go of them. Helium is also the first noble gas, which means that it doesn’t react with other elements to form compounds. The party goers will love this one.

In 73rd place we have neon. The name means “new”. It was discovered in 1898. The air holds more of it than the Earth’s crust because it has very high vapor pressure in low temperatures. When you’re out and about at night you can see it in advertising and club signs. It glows an orangy/red color when it’s placed in a glass tube. But it’s not that simple.

Related :  Aliens May Have Visited Earth But We Haven't Seen Them

In order to activate that bright luminosity, you need high voltage electricity. We’re getting closer folks. At #74, we have platinum. It’s mostly found in copper and nickel ores in South Africa. This guy is so rare that only a few hundred tons are produced every year. And it has many uses too, like electrical contacts, equipment, and costly jewelry.

Speaking of expensive shiny things, gold is right after platinum, and you can tell it’s pretty rare by its hefty price tag. You probably already know how it’s used, but you may not have known that it’s edible! Or that earthquakes can turn water into the precious metal.

The most astonishing thing about it, though, is that it can be found inside our bodies!And now it’s time for the rarest element on Earth: Astatine, with the most stable isotope,has an 8-hour half-life. The rest of them go on for less than a second to a few minutes. I’m guessing that’s how it got its name which translates to “unstable”.

Scientists can’t even study it in bulk because its properties disappear as soon as they appear– it just vaporizes from the production of heat during decay. Chemists were on the hunt for this missing element for decades. They believe that it has a shiny black metallic color. Here’s how it came about.

In 1869, a Russian chemist named Dmitri Mendeleev created an extended version of the periodictable and found some room for our missing element. It belonged to the Halogen group. Until they found it, they gave it the name Eka-iodine, since it belonged to the same family with Fluorine, Chlorine, Bromine, and Iodine.

Scientists all over the world were going back and forth to discover the element and gave it various names until the University of California stepped in and managed to reproduce it. In 1940, researchers artificially recreated astatine by bombarding the isotope bismuth-209 with alpha particles inside a particle accelerator.

Astatine 209 and 211 can only be created in small quantities. Astatine 211 is used in nuclear medicine to treat certain things. It’s estimated that there’s less than 1 gram of astatine in the whole earth and that it comes from the decaying of uranium and thorium. Now our chances of coming across it are less than 1 in a trillion, and even then, we won’t know.