Why Are Ferraris So Expensive? – It’s the ultimate symbol of wealth, or douchebaggery depending on your personal tastes. Ferraris have been world renowned as the top luxury sports car brand in the world for almost eight decades, and the tell-tale sharp angles of its most modern high end models are impossible to miss.

Ranging from a few hundred thousand dollars, to a whopping seventy million dollars, a Ferraris the ultimate status symbol- but why in the world are Ferraris so expensive? Ferrari has its origins with Enzo Ferrari, who created a racing car manufacturing plant way back in 1929.

Originally Ferrari had no interest in building road automobiles- or cars for use outside of a race track- and focused exclusively on building the finest racing cars that a wealthy gentleman racer could afford. With the outbreak of the second world war, Ferrari left the world of race cars briefly, and created a manufacturing company that specialized in building machine tools and aircraft parts.

Unable to resist the old urge to build fast cars though, Ferrari had a prototype built,the Tipo 815. Unfortunately due to the world at large being at war, the Tipo’s premier race was largely ignored. Eventually Ferrari’s factory would be bombed by the allies, and after the war it was rebuilt to focus on regular automobiles. 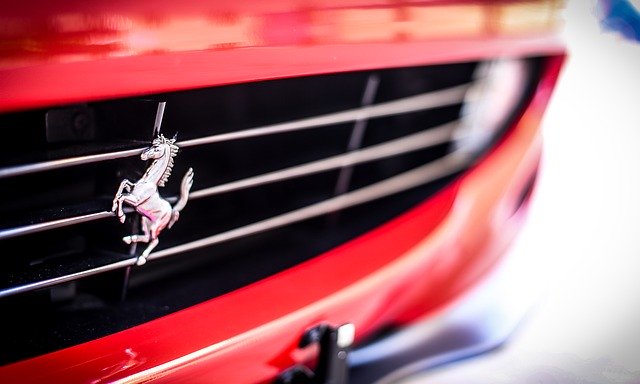 Enzo Ferrari grudgingly agreed to build commercial cars, but only to fund his beloved racing team, Scuderia Ferrari. This racing team would go on to be the most successful in history, winning numerous Grand Prix events and fueling the legend of the Ferrari name. Soon, Ferrari started building luxury sports automobiles, and thanks to the success of its racing team, was able to charge a hefty premium- a practice that lasts to this day.

So the first answer as to why Ferraris are so expensive should be immediately obvious. When you’re buying a Ferrari, a large part of the cost goes towards you in effect licensing the legendary Ferrari name for your personal life. Ferrari is a global status symbol, and when you buy a Ferrari it doesn’t matter what street in the world you drive it on- everyone who sees it will instantly know that you have a ton of cash and probably very little personality.

But hey, you don’t need personality when you’ve got the cash to drive a Ferrari around. You may not be a legendary race car driver with nerves of steel, but once you’re behind the wheel of a Ferrari none of that will matter. You’ll immediately join the ranks of the most elite race car drivers and mysterious international spies, and probably end up wrecking your brand new Ferrari like a disturbingly large number of drivers do.

That’s the other thing about Ferraris, they are known as super cars for a reason, and pack more horsepower into a vehicle than any civilian in the world actually needs. The 2016 Ferrari La Ferrari- which we feel is a highly redundant name- clocks in at aw hopping 950 horsepower, and can accelerate from zero to sixty in 4. 8 seconds, which is perfect for destroying your vehicle on a guardrail like a driver in England recently did.

Compare that with a much more economical Toyota Camry which ranges from 203 to 206 horsepower and you can see why Ferrari itself often warns against inexperienced drivers purchasing their vehicles. The second reason why Ferraris are so expensive, is that they are very unique cars.

When you have a global brand name like Ferrari that fetches hundreds of thousands of dollars per car, you don’t need to mass produce your vehicle. In fact if Ferrari started mass producing its supercars, its total brand value would plummet, because it’s just not cool to have the same toy a million other people have.

Ferrari owners are not just buying artificial personalities with their car, but they’re buying into elite exclusivity, and being exclusive is really the only way to one-up your neighbors in the lofty world of the one percent. Normal cars will see production numbers that run in the millions, and that’s what helps make the miracle of horseless transportation a reality for the unwashed masses, allowing them to run their errands like buying beets and. . .  farming dirt? We’re not really sure what peasants do with their time to be honest.

Related :  Why Airlines Sell More Seats Than They Have

Considering that each Toyota Camry costs around $20,000, depending on year and upgrades, while a Ferrari starts at $260,000 for a Ferrari Spider and can get as high as $600,000 fora Ferrari F40, and you can see that Ferrari definitely is making a healthy profit of each car.

They may not mass-market the way that regular automobile manufacturers do, but then again they don’t need to and enjoy their status as a niche, high-status brand. Another difference between a Ferrari and a normal car which drives up the cost is how they are made. Normal cars made for normal people are made in large factories and on long assembly lines, where machines put together the cars piece by piece, one after the other- a soulless and monotonous 24-hours-a-day-seven-days-a-week operation that perfectly mirrors the empty meaningless existence of the car’s future owners.

Ferraris on the other hand are hand-crafted, each part of the vehicle built by master crafts men using only the finest machine tools. Each Ferrari is a labor of love, a celebration of the incredible talent of each individual master craftsmen that took part in its construction, and those master craftsmen get paid very well.

Certainly a lot better than the robot that built your dumb car. Lastly, the reason that Ferraris are so expensive is because, well, they can be. Despite the staggering price tag and the ever-increasing number of dead Ferrari drivers scraped off the sides of the freeway, demand for Ferraris is skyrocketing.

The ranks of the global one percent are growing, and not because suddenly we’re living in a world with an equitable economic system for all people, but because individuals are rising around the world who are quickly hoovering up wealth into fewer and fewer hands. This means that more people around the globe desperately need to prove how superior they are to you, and to their fellow elite one per centers.

And what better way to do that than to show off the new mistress, or because divorces are so expensive, a brand new Ferrari! That’s right, Ferrari can pretty much just set its own price and rich people will beg Ferrari for the opportunity to buy one of their supercars.

When money is no object, then the only thing that matters is status, and it’s hard to beat the status of owning a Ferrari. Just watch literally any rap video. Of course you could use all that wealth to boost your status as a great humanitarian, or perhaps a patron of science or the arts and invest hundreds of thousands in causes that actually helps yourself and other people- but that stuff’s for nerds, and no way is it ever going to score you your third mistress.

Would you ever buy a Ferrari? What other car would you buy if you had the cash? Tell us in the comments.