Why Millions of New Cars Are Left Abandoned – Do you like scary movies? You know, where characters take the wrong turn and end up in some abandoned location full of secrets and dangers? Well, graveyards full of unwanted things and even whole cities void of people are actually real, and there are some surprising reasons for their existence.

New cars Do you remember the excitement you felt when you got your first car? Or maybe you’recurrently dreaming of a shiny new replacement for your old clunker? Well, there are many places in the world where perfectly new, unsold cars pile up like garbage in areas even larger than airports. Why do people let them rot like this?

The answer is: the over production crisis. There are more cars produced than buyers who will purchase them, and since factories can’t give them out for free (although that sounds good to me!) they toss them aside to make room for new production. Ironically, they can’t just stop producing new cars, because that would mean firing a lot of workers and running out of business. 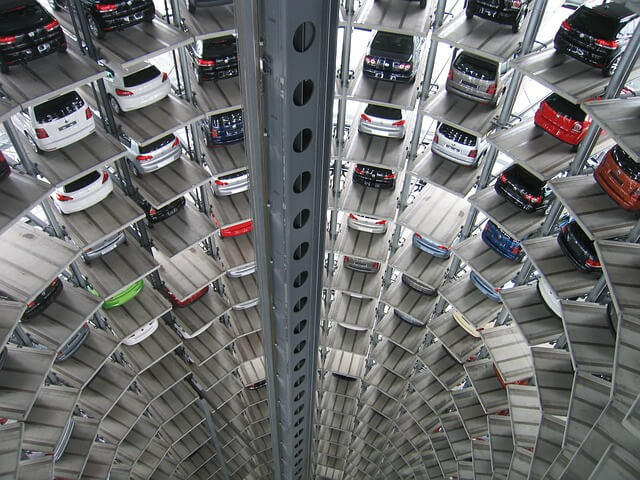 And, they won’t be selling the unwanted cars for $500 because, in that case, no one would be willing to buy a new car for $10,000.  So they buy abandoned air bases and docks to park the unwanted vehicles and add a mark-up to every new car’s price to somehow compensate for the money they spend.

There are thousands of surplus cars all across the world: from the UK to Maryland, Italy and Spain to Russia where imported European cars stock up. Why don’t millennials actually buy as many cars as their parents used to? Some of them prefer more economic bikes, others rely on public transportation since they moved to big cities, and a lot of people use car-sharing services.

Related :  What Happens If You Dodge the Army Draft?

Some people simply can’t afford to have a car because buying it is just the start of the journey, you know. Finally, it seems like anything, from shopping to working and chatting with friends, can be easily done online today, so a lot of people don’t even bother to leave the house in the first place.

Taxis. Taxis are a great way to get around in the world, but often get into accidents. After that, the decent parts are saved for spares for working taxis, but have you ever wondered what happens to the old cars themselves? Well, they end up in taxi graveyards. It also happens to taxis that belong to companies that run out of business.

Some taxi graveyards have hundreds of cars, like the one in Chongqing, China that looks like a yellow sea from above. Others have dozens of cars parked in all the wrong places and causing discomfort to city dwellers like the illegal taxi graveyard in Queens. In many cases, abandoned taxis become shelter for homeless people and that often freaks out other residents.

Bicycles. The most eco-friendly, affordable and healthy type of transportation – who would ever want to throw away a bicycle? Yet, you can see impressive-looking bicycle graveyards all across China. It’s not that the Chinese hate using bikes and decided to dispose of them in such a merciless way. In 2017, the bike-sharing business took off in China.

The idea became instantly popular, so more and more companies started offering bikes to share by simply downloading a mobile app and paying a small amount of money. So, a lot of people in big and small cities started unlocking bikes to go for a ride. But once they got to their destination, they often just left them wherever they wanted, and not in special bike-sharing docks.

Take this and add the broken and damaged bikes and you’ll get why Chinese cities, especially Beijing or Shanghai, got flooded with bikes. To help the situation, policemen decided to take the abandoned bikes out of the city, creating huge bike graveyards in the countryside with thousands of eco-friendly vehicles in them.

Buses. Old buses that served well but no longer function as transportation have different missions across the world. Some of them become shelter for the homeless, others are turned into art objects adorned with graffiti. Someone in Ontario who had quite a few of them at their disposal lined them up and made a fence out of them.

And, in the Appalachian counties,a lot of people actually purchased old school buses from the 50’s through the 70’s. Back then, when school buses were no longer fit for service, they were sold at public auctions. Now, why would someone want to buy an old bus? The local people actually used them for storage after towing them to the sides of barns. It’s a thing of the past now, but you can still find abandoned school buses in people’s backyards there.

Trains. You might have seen abandoned trains approaching main stations at different locations. Some train cars get rusty or are somehow defective and simply await repairs. Others are left to rot because they used to run on railroads that no longer exist. This is the case with the West Branch Railroad in Maine, for example.

It opened in 1927 and only existed for a couple years. The local authorities figured out the locomotives weren’t worth transporting to a different road and so they were left in the woods where you can still find them. Red phone booths It’s not only vehicles get abandoned and pile up. Just as British as tea and double-deckers, the iconic red phone booths also end up in the middle of nowhere these days.

It’s obvious that in the age of smartphones, phone booths are hardly ever used for communication and are more of a tourist attraction. Keeping them doesn’t bring any profit, so a lot of them end up in the small village of Carlton Miniott, in the north of England. There are hundreds of them awaiting natural decay there.

It’s not a sad ending for all of them though, as some booths get restored and get a second life. As they return to the city, they’re used for small cafeterias, libraries, flower shops and what not. Cities Now you’ve seen graveyards full of cars, bikes and trains, but can you imagine whole cities getting abandoned? And I’m not talking about little villages somewhere in the mountains.

The capital of Turkmenistan, Ashgabat, for instance, is built of marble and looks majestic but is basically a ghost town. It’s because the country is one of the most isolated nations in the world. It’s also pretty common for mining towns to become abandoned when the area runs out of natural resources.

Some cities turn into ghost areas because of natural or technological disasters. A nuclear power plant explosion, for instance, emptied the city of Pripyat. And Varosha in Cyprus, which was once a popular resort visited by celebrities like Elizabeth Taylor, Richard Burton, and Brigitte Bardot,was fenced off in 1974 because of a military conflict on the island.

It’s not all that sad when it comes to ghost cities. They often become backdrops for movies and are popular with tourists. Would you want to visit one of the places I mentioned, or are you afraid of abandoned locations? Let me know down in the comments.