Why Passenger Planes Can’t Fly Faster – Each time I board a plane and get ready for yet another unbearable 7-hour trans-Atlantic flight, the same thought goes through my mind: why can’t planes be faster?, everything else is speeding up: smartphones, the Internet, the pace of life in general!So when are we going to get a super fast passenger jet that can cross continents in the time it takes to watch just one in flight movie versus several?, speed has always interested engineers and pilots.

At least at first, they were pretty good at getting these metal birds to fly faster and faster. As long ago as in 1945, a German test pilot reached a speed of 610 mph. But then, something happened and speed stopped growing. In fact, it’s slowing down!Any guesses why?, I’ll give you a hint: ever ridden a bike going downhill?, sure, normally riding a bike is as easy as…well, riding a bike.

But once the speed starts going up, it gets harder and harder to control those handlebars,eh?, with planes, the same thing was happening. Only, you don’t have the surface of a road or sidewalk trying to push the front wheel this or that way. Nope, it’s all air!, wait, how can air cause problems with controlling a plane?It’s just…air!, don’t forget that there’s also this thing called aerodynamics. 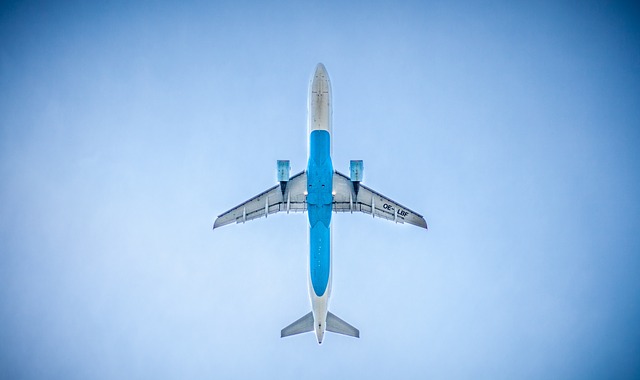 That’s a fancy word for the movement of air around an object. If you’ve ever stuck your hand out the car window, then you know how much force air can have. You don’t feel anything if the car isn’t going that fast. But once it starts zooming up to highway speeds, the air that hits your hand feels very solid indeed, especially if you lift your flat palm up a bit to create more surface area to act on.

That force can be so strong that it’s hard to lower your hand back down, which serves as a reminder to keep all your body parts inside a moving vehicle!. Now, I’m gonna assume any car you’ve ever been in goes on the low end of subsonic speeds. That is, lower than the speed of sound, or about 767 mph. Speed, like light, also takes time to get somewhere…it just does it incredibly fast so that it seems like it’s instantaneous.

That’s why things get really interesting when we talk about supersonic planes, a. k. a. the ones that go above the speed of sound. Yes, there are supersonic aircraft, and they can be especially hard to control. Just imagine the aerodynamics of a plane flying faster than 767 mph. Air particles, which used to move around the plane in a kind of circle, now can’t keep up the pace. They get squished together and form a sort of barrier.

Related :  American Food The Rest of the World Finds Weird

Have you ever heard someone talking about a plane breaking the sound barrier?, that’s exactly what I’m talking about. When aircraft manage to smash through that wall of highly compressed air, it forms an explosive sound called a sonic boom. If you’re in the plane at the moment, you won’t hear it because you’re flying faster than sound does!But if you’re standing on the ground below, oh, you’ll hear it alright!, planes usually reach supersonic speeds far from city airports so that they don’t scare the wits out of unsuspecting people.

Flying at supersonic speeds against all that pressure from the air in front of you is like trying to run through a crowd. You’re exerting force on the people in front of you  . But you’re also getting pushed back, both in the front and on the sides from pushing through all those bodies. With planes, that force around the aircraft makes it less controllable.

Not only can the whole thing start shaking but temperatures in front of the plane canal so heat up to 570°F.  That much heat and pressure can actually rip a plane apart!, that’s why a typical subsonic plane can’t fly in super cruise mode for long distances. It’ll simply lose control and break into pieces. Still, there was a case in 1985 when a Boeing 747 survived a fall at supersonic speed.

It was a China Airlines flight from Taiwan to Los Angeles. About 350 miles outside of San Francisco, one of the engines completely failed. One minute later, the plane took a nosedive from an altitude of 41,000 ft. Just imagine, you’re on a flight when the plane starts going down headfirst. You’re now perpendicular to the ground and falling toward it at supersonic speeds!, I hope you’re buckled in because the g-forces will send you up and slamming into the back of the cabin.

But get this: the pilots managed to level it off at just 9,500 ft. The plane landed in San Francisco with everyone on board alive!. Phew, talk about quick thinking and incredible piloting skills, But what about planes actually meant to fly faster than sound?First up, they usually look different from the planes you’re used to seeing at the airport. They have sharp edges and straight lines – unlike the softer contours in subsonic planes.

They also have arrow-shaped or triangular wings. All these features allow them to fly faster and deal with the intense aerodynamics that comes with it. Supersonics were invented for and are still mainly produced in military aviation. But there were 2 jets used for commercial flights too: the British-French Concorde and the Soviet Tupolev TU-144. These bad boys could reach speeds of about 1,550 mph at a height of 60,000 ft.

They flew two times higher than regular commercial jets fly since the air gets less dense. Thinner air at higher altitudes means less friction to fight against, which equals easier control lability. The fate of TU-144 was dramatic and short-lived. It was only used for 3 years from 1975 to 1978 with just the last 6 months being commercial. But after 2 crashes, they pulled the plug on this supersonic project.

Concorde was in service for much longer, from 1976 until 2003. For 27 years, this flying beast could get passengers from London to New York in a mere 3 hours. In case you’re wondering, that trip usually takes 7!, trust me, I count each and every hour…So why can’t we go back to the good ol’ days?, well, if money talks, then it was screaming “Not worth it!” when it came to this project.

It was way too expensive, in both production and operation. That made it inefficient to the point of not being worth it, at least for passenger flights. Concorde burned through 5,600 gallons of fuel per hour, while a Boeing 747 uses 4,600 in that time. Not a huge difference and you’re flying fewer hours in a Concorde, so it’s worth it, right?, if only, the supersonic beast only held 100 passengers – a 747 can carry up to 5 times more.

And if you’re thinking, “Who cares?I’ll pay anything to get across the ocean faster!” – by today’s rates, you’d be shoveling over $10,000 round trip, On top of that, when Concorde started flying across the Atlantic in the ‘70s, the 1st-class cabins did have bigger seats than economy, but they still weren’t very comfortable.

Related :  What If Everyone Stopped Working for a Day

So, in short, most people are willing to pay much less for a 1st-class seat that folds back into a bed so that they can sleep for 7 hours, versus blowing a bunch of money to save 4 hours. Thus, by the early 2000s, Concorde was no longer in demand. The program was just too costly, so they shut it down. And that’s why we no longer have the option of taking a supersonic jet to get to our destination a lot faster!And that’s probably for the best.

Aviation engineers have worked out ideal shapes of planes and the most efficient speed. The takeaway?, faster doesn’t always mean better!You see, a flight isn’t just about gliding on the air – you also have to consider take-off and landing. Those two situations can be extremely dangerous at high speeds, so pilots  are better off taking it slow. Taking the speed down a bit is also more comfortable for passengers since the ride is less noisy.

Again, a quiet 7 hours that you can just spend sleeping might be more tolerable than a brain-racking 3 hours where a quick catnap is out of the question!Another reason is in engines and fuel economy. The faster the plane is flying, the more the engines have to work. If the engines are constantly on full-blast, they don’t last as long and need to be replaced or repaired more often.

Not to mention, they burn more fuel, which drives up ticket prices and lowers demand. After all these years of experimentation, aviation engineers have found the ideal speed of flight: 560 mph. But, hey, perhaps that’s just temporary!Engineers keep looking for new innovative ways to combine supersonic speed with control lability and safety in passenger planes.

One day, the best scientific minds will think up something to make planes faster, comfortable,and affordable. Win, win, win – just how I like it, would you rather pay more to save time or does every dollar count in your book?, whether it’s about plane tickets or anything else, let me know your philosophy down in the comments.