Why Phones Don’t Work in Elevators – So I’m in the middle of the most important phone call in the world. No, really, it’s the one that changes your life, your happiness and future depend on it! I think you know what kind of calls I’m talking about, right? And then, excited and distracted, I enter an elevator. End of story.

I mean WHY??? People have been to space, they have invented antibiotics, you can chat with your friends with the help of your watch!But once elevator doors close, all our gimmicky phones just quit! But the worst thing is that there’s nothing we can do about it. Look at the phone in your hand. Most likely, you don’t remember how you used to survive without this gadget. But what magic makes it work? To put it simply, your cell phone is something like a two-way radio. Inside, it has a radio receiver (which gets signals) and a radio transmitter  .

Now, imagine you are having an important talk with a friend. While you’re updating them on the most recent developments in your life, your clever gadget is busy, converting your voice into a series of electrical signals. Then, your phone uses its radio transmitter to send these signals  to the closest cell tower.

After that, the process repeats, but in the opposite direction. Cell towers begin to send radio waves from one to another until, finally, your coded voice reaches your friend’s phone. Finally, their gadget converts the received radio waves first to electrical signals and then to your voice, which is telling your friend how your latest date didn’t go according to plan.

But let’s get back to that pesky elevator and the way it can wreck even the best conversation! Come to think of it, this phenomenon has a perfectly logical explanation. I don’t want to scare you or anything,  but an elevator is a compact box made of thick sheets of metal and stuffed with electronics. 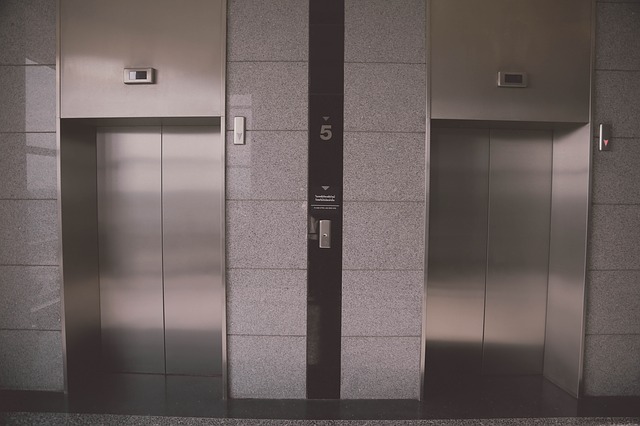 This box moves inside a narrow concrete shaft through the building’s multiple floors made of bricks or stone blocks. In most cases, radio waves easily penetrate all kinds of materials, but massive chunks of solid stuff, such as rock or metal can stop them. For example, if you’ve ever driven in a mountainous region, you might have noticed that your phone signal vanished and reappeared again.

Related :  17 Wrong Habits We Get from Childhood

This mystery has a simple explanation: if there is a cliff or a mountain between your phone and the nearest cell tower, it will easily prevent radio waves from getting to you and it may sound like this. . . “The number you’re trying to reach is unavailable or out of the coverage area”. Boy I hate hearing that…Something similar takes place when you’re in an elevator.

Radio waves from your friend’s phone are desperately trying to reach your cell phone. But they meet a barrier they can’t penetrate. Let’s see: a metal box that doesn’t let radio signals in and out; an elevator shaft built inside a narrow concrete space and reinforced by steel; numerous floors and walls of the building surrounding it.

It means that there are several layers of solid materials between your phone and the perfect reception. That’s why those poor radio waves are physically unable to reach your gadget during an elevator ride. But let’s imagine that there is a super strong and powerful cell tower that can deliver signals to your phone (which is trapped inside an elevator).

Happy ending? Unfortunately, far from it: the transmitter on your beloved gadget is so weak that its signal won’t burst through the walls of the metal elevator car, let alone all those layers of steel and concrete! I’ll admit it doesn’t sound too inspiring for my elevator conversations. Well, at least, I can understand the reasons and accept reality.

But have you ever noticed how your phone refuses to work properly once you enter certain grocery stores? Despite a popular myth, it’s not because stores want to prevent you from looking for better prices online. For one thing, it’s illegal in the USA to jam a cell signal on purpose. What’s more, there are tons of supermarkets with perfect cell reception.

Related :  Why Airlines Sell More Seats Than They Have

But most commercial buildings (shopping malls or big supermarkets) are built with the help of massive iron supports, are covered with aluminum roof tiles, and have walls filled with concrete. Just like an elevator, such construction will either prevent signals from getting to your phone or seriously weaken them.

But let’s say there is a powerful cell tower very close to the store, and it manages to get through the concrete walls and pass radio waves to your phone. And here we go again, back to the elevator situation: even though your phone receives the signal, its transmitter and battery are too weak to establish a two-way connection. Some stores install baby cell antennas that are no bigger than a good old household router.

It can help you to receive a signal even when you’re inside this huge cage made of steel and concrete. Clearly, not all businesses do it, but it might be better for business! Statistically, the more you stare at the screen of your smartphone in a grocery store, the more money you spend! And it can be as much as 41% more! Just FYI.

Anyway, elevators and grocery stores are solid boxes no signal can burst through. But what if I tell you that my phone also regularly lets me down at concerts, big conferences, and even sporting events? Do you know what I mean? Then sound off in the comments below! And now, imagine yourself in a stadium: a lot of people are cheering around, and the atmosphere is full of excitement.

Apparently, you won’t be the only one who will be eager to share the score with those who haven’t managed to come. That’s why your cell phone must compete with thousands of other phones for the attention of the nearest antennas. Those overworked cellular networks experience incredible strain because people not only call and message but also use photo- and video-sharing apps which are data-heavy.

The craziest thing here is that you’ll still see enough bars on your cell phone, telling you that the signal is available, but your gadget just won’t work like it’s supposed to. It may seem very confusing, but the truth is that your phone will know that there isa network out there and that this network does work.

But at the same time, it won’t be able to connect to it. The absence of the “LTE” sign next to the bars may be the only hint that may help you to understand why you can’t reach your friend. The good news is that cellular networks are getting better and better at dealing with traffic in challenging situations.

On the other hand, people use more and more smartphones as well, which means that cell jams will increase too. That’s why phone companies build cell towers and add and upgrade antennas near big concert halls and stadiums. Plus, they install “small cells”. These devices look like boxes and don’t have such a wide range as cell towers. But in extreme cases, “small cells” can help cell towers and boost the signal in crowded areas.

But until all these changes are made, you still have to deal with the situation on your own. Phone companies claim that old ways still work so, hold your smartphone high in the air and wander around searching for a signal. Also, keep in mind that texts usually get through more easily than phone calls, so if the situation seems hopeless, better send a short message.